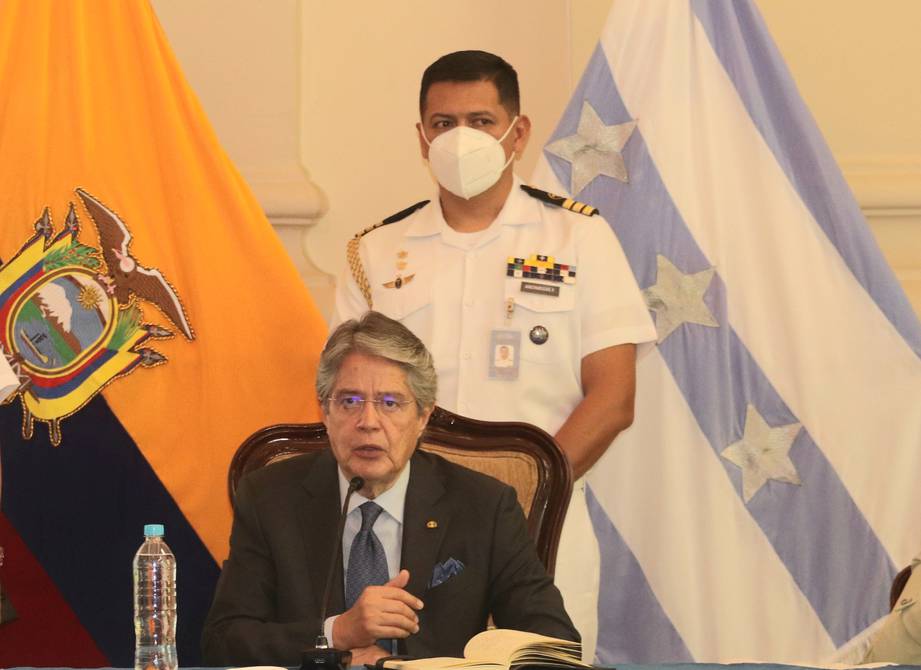 The wave of violence in the country’s prisons has claimed the lives of 328 inmates so far in 2021.

President Guillermo Lasso declared, after a meeting with representatives of other State functions, that “joint actions have been agreed to provide a comprehensive response to citizen security,” among which the military will enter the prisons permanently. the country in order to solve the prison crisis.

“Coordination between the Armed Forces and the National Police will be maintained to maintain order and security within and outside the prison system indefinitely, in accordance with the Constitution and the Law,” Lasso emphasized.

The president did not explain, in his brief statement in the Government of Guayas, how the call for attention of the Constitutional Court, whose authority was present at the meeting, which limits the support of the Armed Forces to the control of the exteriors of the jails.

“It is essential to face together in the face of this global problem, which is born in drug trafficking,” said Lasso, who announced that a “national agreement for the prison crisis” has been formed that will immediately implement a process of pacification, through dialogue, with support from civil society and international organizations.

In addition, a citizen defense project will be sent to the National Assembly, which will be prepared by the Ministry of Government, with the participation of the Attorney General’s Office.

The Council of the Judiciary and the National Court of Justice will coordinate actions within the scope of their powers to expedite the procedures for penitentiary benefits requested by inmates who have the right to benefit from pre-release.

The Council for Citizen Participation and Social Control will promote the participation of citizens in dialogue tables to accompany a process of comprehensive reparation, by the State, to the families affected by this tragedy.

People with catastrophic illnesses who are in prisons will be granted pardons.

The Prosecutor’s Office, Lasso said, promised to accelerate the processes of investigation of crimes for the safety of citizens.

“The only way to defeat the enemies is with the unity of the Ecuadorian people, with the Constitution and the Law in hand, acting with the firmness that the situation requires,” the president concluded.

The president’s announcement comes in response to the latest brawl in the Litoral Penitentiary that resulted in the death of 62 inmates at the hands of other inmates who, according to the Police, are fighting for power in the sale of drugs both inside and outside from prisons.

The Litoral Penitentiary is the most populated prison in the country, with more than 8,000 inmates spread over 12 wards.

One day before the meeting with the state authorities, Lasso accepted the resignation of Bolívar Garzón as director of the National Service for Comprehensive Attention to Persons Deprived of Liberty and Adolescent Offenders (SNAI). This function was entrusted to the previous director, Fausto Cobo, who continues to head the Center for Strategic Intelligence (CIES).

“An act of terrorism”

Before the pronouncement made by President Lasso, the Government spokesman, Carlos Jijón, opined that the events that occurred between Friday night and Saturday morning at the Penitentiary constituted an act of terrorism to cause social commotion, since those who were killed were they were in the transitional block.

“The evidence seems to point to something else, because those who were killed had no ties to gangs or gangs. But they were killed in a cruel way… One may think that the objective was to commit an act of terrorism that shocks the nation, that produces a state of national commotion and at the same time accuses the Government of being responsible for this massacre, “he noted. Jijón in an interview on Teleamazonas this Monday morning.

He did not even rule out that this was linked to fostering political instability, articulated with the Pandora Papers report made by the Constitutional Guarantees Commission of the National Assembly, in which the removal of the President of the Republic is proposed.

The official specified that this is his hypothesis; and stressed that it is a terrorist act, at “a political moment in which there is a report that speaks of a state of social upheaval on which the removal of the president is being requested,” he added.

In his opinion, the country is “under attack by an international mafia, because if we believe that this is reduced to a confrontation of gangs or gangs, we are not approaching the situation correctly, because this has political ramifications.” (I)