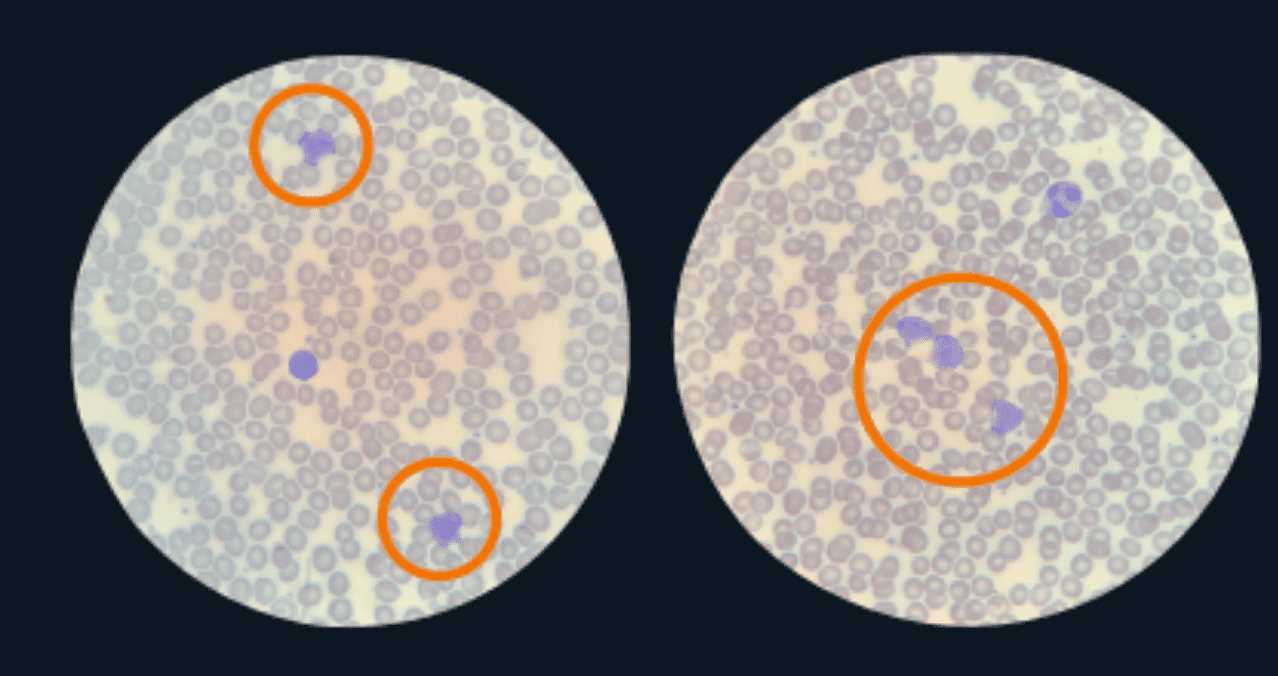 Miller Fisher syndrome is an acute demyelinating autoimmune paralytic disease caused by involvement of the cranial and peripheral nerves, considered as a variant of clinical presentation of Guillain-Barre syndrome.

It is characterized by a classic triad of ophthalmoplegia (oculomotor disorder that produces the inability to voluntarily move the eyeball), areflexia (absence of reflexes that are made when receiving an external stimulus) and ataxia, (loss or decrease of the ability to coordinate movements of the person, without reaching total paralysis of the muscles).

On rare occasions, a hematological paraneoplastic syndrome such as chronic lymphocytic leukemia (CLL) may be the precipitating condition, as found in this case in the country.

As revealed exclusively by Dr. Luis F. Font Bocanegra, an intern affiliated with the Hospital San Carlos Borromeo de Moca Internship Program, a 50-year-old patient with no prior medical history arrived at the hospital, reporting acute neurological deficit and weakness.

“In this deficit there was bilateral paresthesia of the hands, weakness in the right hand, numbness of the tongue and lip, reported dysgeusia (problems sensing flavors) and ataxia. The physical examination was started and it was found that the patient has deviation of the labial commissure to the right side, had unilateral ptosis (drooping of the upper eyelid), craniofacial nerve palsy, speech problems and confirmed ataxia, thought to be a stroke and had a CT and MRI performed head, but no intracranial pathology is revealed, “he explained.

“Within the laboratories that are performed, a CBC with differential and this shows leukocytosis with lymphocytosis. Then in a blood smear (where a blood sample that undergoes a special treatment is examined with a microscope), Gumprecht shadows or smudge cells are found (leukemic lymphocytes that, due to their intrinsic fragility, take on an amorphous, unstructured appearance ). Neurology is consulted for acute neurological symptoms, a lumbar puncture is performed that reports a cytological albumine dissociation with elevated total proteins, it is understood that it could be a Guillain-Barre “, he added.

This patient was treated with intravenous immunoglobulin and showed improvement, but continued with movement and walking problems, he added, and the search for the association between Guillain-Barré and a viral infection was ruled out.

“A peripheral blood cytometry is performed and it reveals the presence of monoclonal cells with characteristics that were consistent with chronic lymphocytic leukemia. In view of this, a CT examination of both the chest and the abdominopelvic is performed and reveals axillary pelvic and retroperitoneal lymphadenopathy. In this situation treatment is started with medication, because there was already a fairly high suspicion that the patient had a paraneoplastic syndrome and treatment with Acalabrutinib is started, which would be a tyrosine kinase inhibitor and is started with Obinutuzumab, which is a monoclonal antibody “, he recounted.

“As the patient progresses with these medications he begins to see a gradual improvement in his neurological functions. Miller Fisher syndrome is a variant of Guillain-Barre syndrome. It is not very common and according to the data it presents in 1 to 2 patients per million per year and specifically the literature does not have much information about this. If there are patients who have Miller Fisher syndrome, but not specifically that it has been given by plastic parameo and there is no literature that talks about it. Unfortunately, in Puerto Rico there is no there is a lot of data about it and I can’t say how many patients there are today with Miller Fisher, “he revealed, while reiterating that the drug Acalabrutinib (used to treat lymphomas) was what was used for the patient.

Finally, Dr. Bocanegra stressed that it is necessary to do the pertinent neurological tests to be able to identify this condition.

Paraneoplastic syndrome is a condition that causes an effect on another system and specifically, this is by antibodies that are produced by this leukemia disease that attacks the peripheral neurological system.

Dr. Luis G. Sepulveda Hematologist-Oncologist and Dr. Jeditza Arroyo, Internist were part of the co-authors of this case.

Check out the study here.