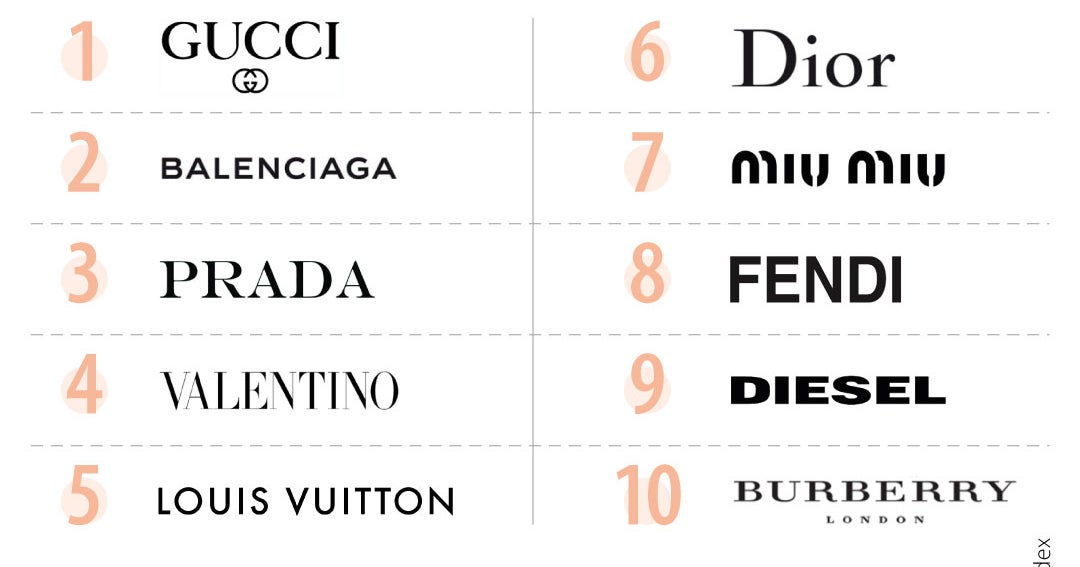 “Balenciaga, Gucci and Prada”, as predicted by Camilo’s song, “Expensive Clothes”, but, in a different order, positioned the ranking of the most preferred luxury brands in the second quarter. The Google of fashion, The Lyst Index (Lyst index, for its acronym in English), released its second report of the year, of the most searched luxury houses from April to June.

Officially, Gucci, Balenciaga and Prada were the three most sought-after brands in the period indicated by consumers.

The firm born in Florence, Italy, belonging to the Kering conglomerate and currently directed by its creative director Alessandro Michele, achieved first place in this latest report. Gucci has been for decades one of the most referenced brands for luxury fashion and most used by prestigious public figures from supermodels to political leaders of global reach. 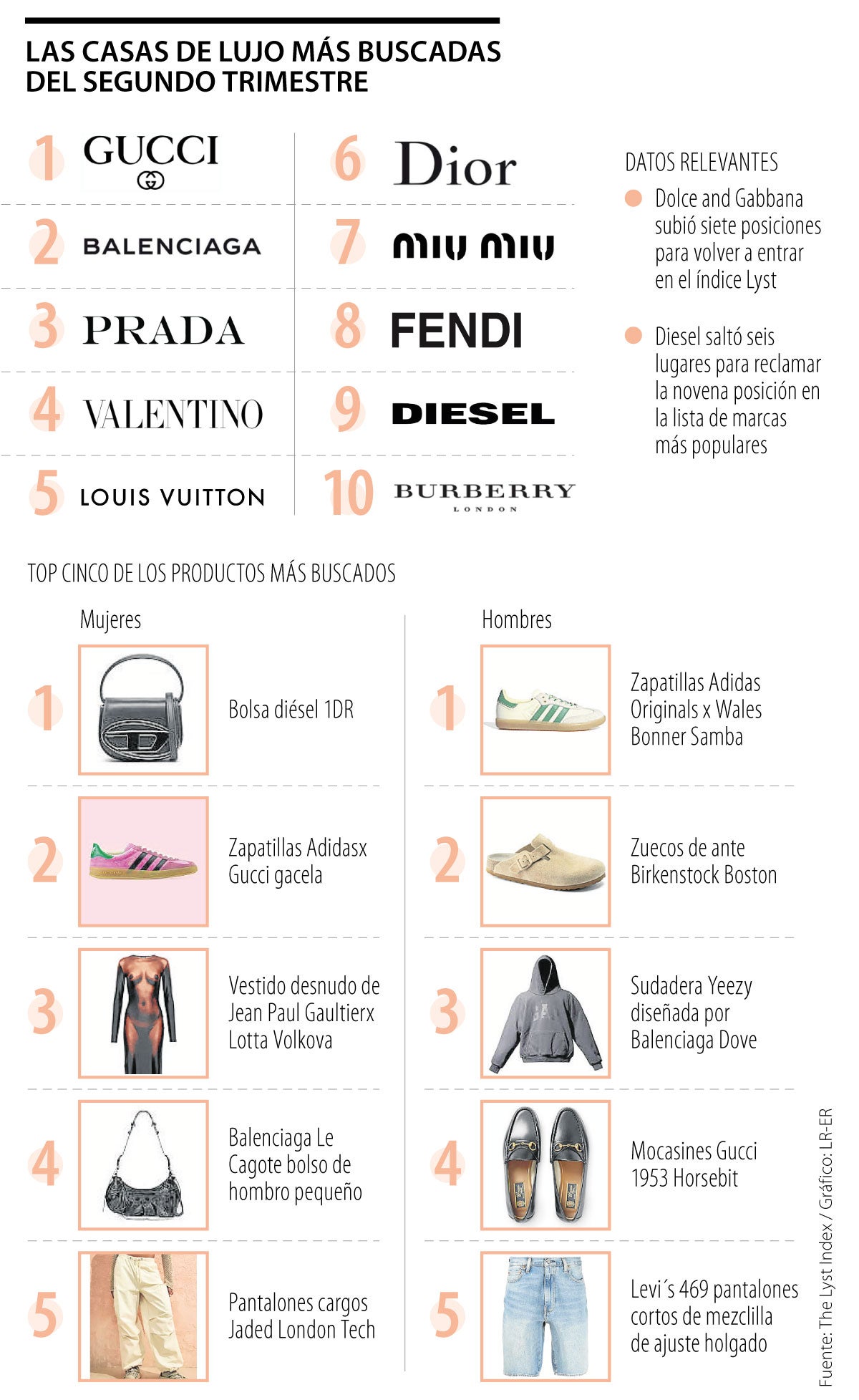 In this quarter, Gucci, according to the Lyst index, regained the number one spot after nine months of Balenciaga topping the list. In addition to sharing the first two places, both luxury houses are part of the Kering holding company, mentioned above. “The colorful and maximalist utopia of Alessandro Michele contrasts with the dark and dystopian vision of Demna Gvasalia, creative director of Balenciaga”, describes the ranking.

Within the figures of Gucci, which led it to be the leader, it is found that searches for the brand shot up 286% in the 48 hours after the launch of its collection with Adidas in June. And it is that today brands are not positioned per se for their products, but also for their advertising strategy moves. In the case of Gucci, and according to The Lyst Index, it achieved the throne, in addition to its collaboration with Adidas, for the launch of the ‘Cosmogonie Resort ’23 in Puglia’ show and the ‘Ha Ha Ha’ collection in collaboration with the singer British Harry Styles. “The collaborative culture continues to thrive. Releasing the right remix can create a major brand moment and generate brand heat for both parties involved,” says ‘The List Index’ report.

The second most popular in the world of luxury and extravagant prices, Balenciaga, was not far behind in advertising. This has managed to show off her clothes to stars worldwide such as Dua Lipa, Nicole Kidman and her faithful ally for several seasons now, Kim Kardashian; hence his second place.
The launch of 100 pairs of “extra destroyed” sneakers and the presentation of the S/S ’23 collection at the New York Stock Exchange were some of her moves of the year that positioned her.

Prada, the third most sought-after in the world of luxury, achieved it for commercial moves such as its teaming up with artist Cassisus Hirst on a collaboration of limited-edition sneakers and for its “luxury” contract to sell fashion in the new digital market. of Meta, the Metaverse.

The other brands that make up the ranking are, in order, Valentino, Louis Vuitton, Dior, Miu Miu, Fendi, Diesel and Burberry, which close the top 10.