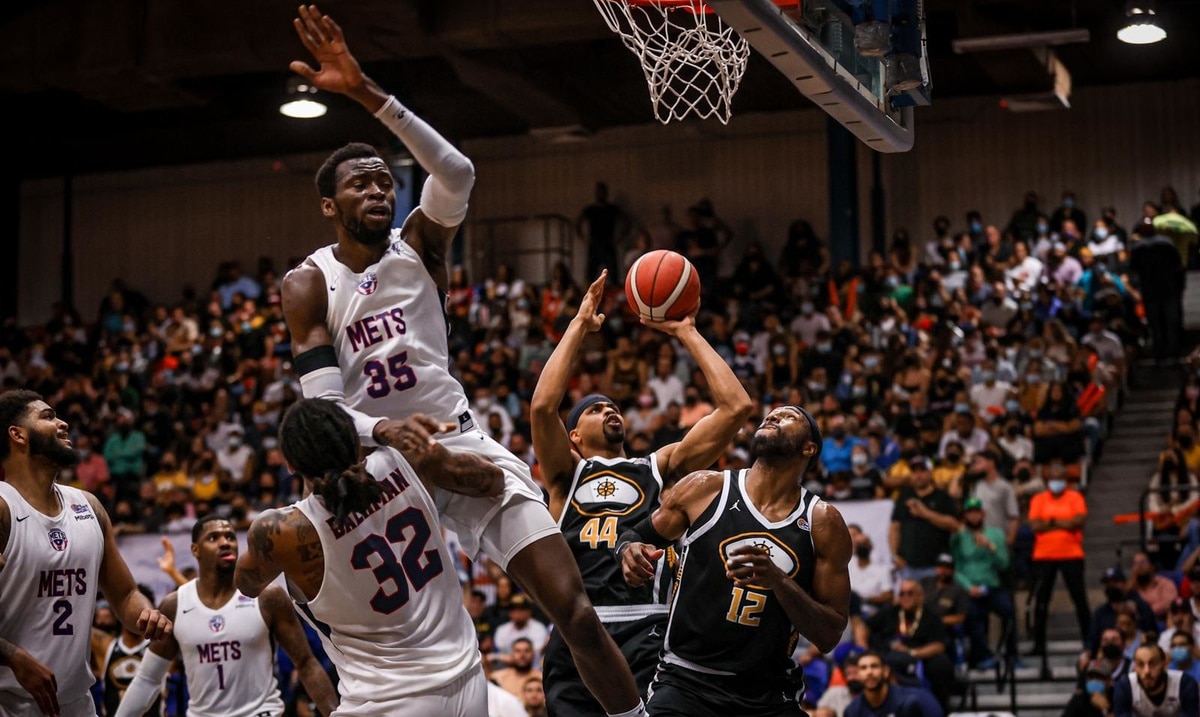 After the first two games of the Final Series of the National Superior Basketball (BSN) were openly dominated by Captains of Arecibo some thought the die was cast.

It turns out not.

The Guaynabo Mets defeated the Capitanes 95-80 on Saturday and leveled the Puerto Rican basketball championship series to two victories in a match held at the Mario Morales Coliseum in Guaynabo.

So the desire expressed by the leader of the Capitanes, to steal one and return to Arecibo with a 3-1 advantage, could not be. Instead, the Mets were unbeaten on their court during the postseason.

Tony Bishop had 29 points and 12 rebounds, Tyquan Rolón had a huge performance of 21 points with seven rebounds and eight assists while Amida Brimah contributed 18 with nine rebounds and distributed nine blocks for the Mets to dominate the game practically from the opening jump.

“We saw that they came back strong in the third period. But they changed and put the small picture. We kept fighting until we managed to come out with victory, ”Bishop said after the match. “We feel very good for today. For today’s game, for now. But we have to go to get a victory there (Arecibo). We are already in charge of defending our court ”.

David Huertas was the best for the losers with 21 points, Walter Hodge had 16 points as did Victor Liz, who fouled out in the last period.

The fifth game of the BSN Final Series will be held on Monday at Manuel ‘Petaca’ Iguina in Arecibo. A sixth game, if necessary, would be played at Mario Morales de Guaynabo and a seventh would be at Arecibo once again.

The Mets took things where they left off in Game 3, in which they prevailed 89-75 in a clash in which they managed to take off by up to 16 points. On Saturday they took off up to 24.

With a lot of defense and recovery of offensive rebounds, the locals converted the ball cuts into points and dominated the first period 27-17. They set the tempo of the game from the initial jump.

“I’m trying to find my rhythm,” said Rolón, who was low key in the first two games of the series. “I didn’t try to do much today because Tony (Bishop) played well and (Amida) Brimah played well, so I stuck to my role.”

To win Game 5 of the series on Monday in Arecibo, Rolón said Guaynabo needs “to do the same thing we did today (Saturday): play good defense and move the ball well.”

Arecibo only had Walter Hodge with 11 in the first half.

The Arecibo offense came back to life in the third section, which they dominated 32-23, after sneaking 17 and 13 points in the first two. With the push, the captain troop managed to get into the game closing the third period 71-62.

But then the figure of Bishop emerged, who took advantage of uneven pairings to score from all sides and return the dominance of the game to the Mets, which they maintained until the end.