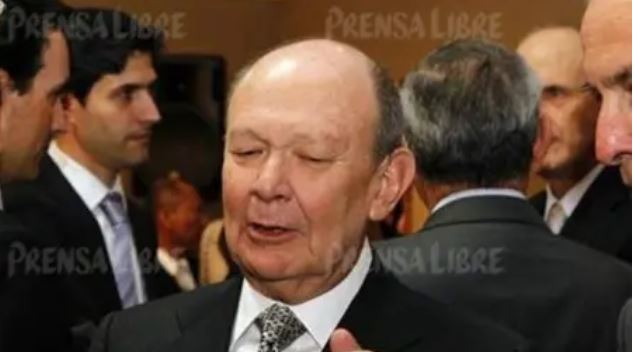 Remigio Ángel González, the television mogul in Guatemala, was prosecuted in a case initiated in 2019 for the complaint by businessman Carlos Lorefice Lynch over the dispute over the ownership of Channel 9 in Argentina, local media reported.

González, a businessman of Mexican origin and with a high presence in the television business in Guatemala, is accused by the Prosecutor’s Office of the crimes of ideological falsification of a public instrument and attempted fraud, because he allegedly would have forged a document to appropriate “Channel 9”.

Federal judge María Servini also ordered the seizure of assets of the executive to respond for the expenses originated in the judicial process in the event that he is sentenced.

The businessman Lorefice Lynch denounced that González and other people planned a strategy to deprive him of assets that belonged to him, specifically the purchase of 65 percent of Grupo Belleville Holdings LLC, owner of “Channel 9”, for US $ 16 million and a debt that the company had $ 4 million.

It is a group registered in 2006 in the United States and a year later in Argentina.

But the complaint alleged that the businessman presented documentation to retain the part of the group that he had sold. González was investigated in the case on September 29 via Zoom and refused to testify or answer questions and presented a brief in defense of the accusation.

In that presentation, he maintained that he has a ruling by the United States justice that agreed with him and made accusations against Lorefice Lynch.

“Even taking as true the evidence provided by the defense party and that in its defense was only partially analyzed and mentioned, in any case we would find ourselves before a fraud maneuver, since the foreign jurisdiction would have been used so that, in light of his right, a legal act is issued that violates the national rules on the transfer of assets and to the detriment of the economic rights that, for whatever reason, the defendant himself had freely granted to the complainant, “said Judge Servini in its resolution.

The judge explained that González presented a certificate to the General Inspection of Justice that showed him as the head of the group, but “he knew that he had really transferred that position to Lynch without having any document that would support the contrary and that the matter was in full litigation, thus generating an ideal framework to mislead the administrative entity and, in this way, damage a third party financially ”.

González González was prosecuted for the crime of attempted fraud. The prosecution was dictated without preventive detention since the judge understood that “there are no elements here to presume that, from the full exercise of his ambulatory freedom, said defendant tried in some way to flee or hinder the course of the process” . In addition, other people who must testify as of December 8 were summoned to a hearing.

Previous Graphologist analyzes the body language of Nerea Godínez, Octavio Ocaña’s girlfriend
Next Final Gear is a Mech RPG that you can’t miss