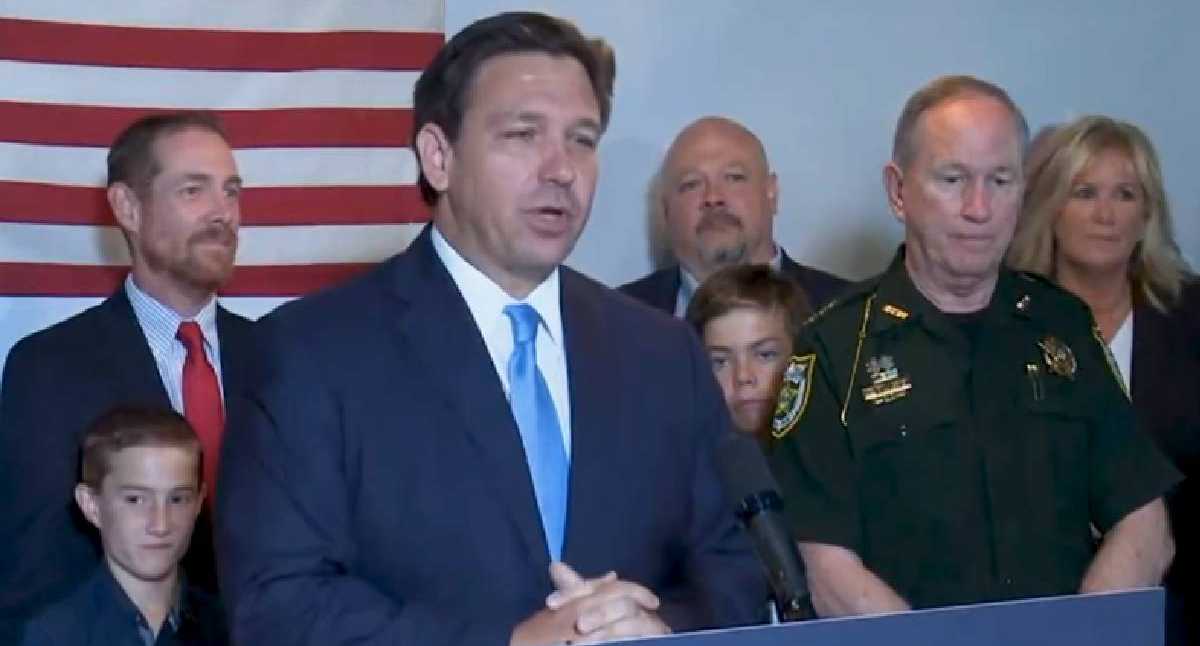 Through his Twitter account, the current governor of the State of Florida, in the United States, Ron DeSantis, spoke out to express his dissatisfaction with the results of the votes in which, last Sunday, June 19, Colombians they elected as their new president the candidate Gustavo Petro Urrego, who will assume power on August 7.

In his trill, the Republican politician, who is currently emerging as one of the strong men to take into account for the upcoming primary elections for the Presidency of his country, referred to Petro Urrego as “an ex-narcoterrorist, Marxist,” affirming that, in his view, his election is “worrying and disappointing.”

The election in Colombia of a former narco-terrorist Marxist is troubling and disappointing. The spread of left-wing totalitarian ideology in the Western Hemisphere is a growing threat. Florida stands with Colombian Americans on the side of freedom. pic.twitter.com/0O7UVccH6M

In his analysis of what the election of Petro Urrego as the new president of Colombia, a country considered the main ally of the United States in the hemisphere, The politician admitted that he sees with concern the way in which the different countries of the region have once again turned, massively, to the “totalitarian leftist ideology.”

He also stated that, from his point of view, this refers to a “growing threat.”

The foregoing, taking into account that, with the election of Petro, few would be the countries on the continent that have been left in the hands of center or right-wing governments, among which stand out Uruguay, Ecuador, Panama, Paraguay, Brazil, El Salvador, among others.

“It’s going to be disastrous,” said DeSantis, expressing his opinion about what the Petro government could mean in Colombia. He also warned that the current panorama of the hemisphere refers to situations experienced decades ago, in times of the Cold War, with the clash of ideologies in the different countries of the region and the presence of extremist, Marxist and totalitarian governments.

In his statements, the governor of Florida admitted that, facing the elections in Colombia, there was growing concern among the compatriots who live in that state with a high presence of Hispanic population regarding the paths that the country would choose to take.

“We all hoped that the result would be different,” warned the state leader, who during Donald Trump’s presidency was considered one of the men close to the former president, and who, after having served as a representative to the House, had thought of running for president. Senate for the State of Florida, an option to which he declined in the face of the candidacy of Marco Rubio, another of the strong men of his party.

The statements of Ron DeSantis presented a stronger position of the Republican wing of US politics regarding the Latin American panorama, in part contrasting with that expressed in his turn by the Secretary of State of the Biden government, of Democratic affiliation, Antony Blinken, who, in a message issued after Petro’s victory, warned that the United States applauds the strength of democracy in Colombia, expressing its willingness to work to continue strengthening Colombian-American bilateral relationswhich, in 2022, celebrated precisely 200 years of history.

DeSantis stated in his speech that “Florida supports the Colombian-Americans on the side of freedom”, referring to citizens who ‘do not look favorably’ on Petro’s arrival in power.

For his part, in his speech yesterday after learning of his victory at the polls, Petro Urrego delivered a special appeal to the countries of the hemisphere, calling on them to work on true regional integration, advocating a scenario in which the leaders regions can sit down to talk “without excluding any country”, in what was taken as a direct allusion to what recently happened at the Summit of the Americas with the non-invitation of Venezuela, Cuba and Nicaragua.

In his speech, the Colombian president-elect explained that it is time to change the agendas of relations with the United States, inviting that country to assume an important dialogue on the environmental issue, expressing the relevance of accelerating the path towards “decarbonizing ” and on the path to achieving the objectives set in terms of energy transition.

In the same sense, Petro called on the United States to talk about how, since the United States is a country that emits greenhouse gases and Colombia is one of those responsible for the world’s CO₂ sponge, the Amazon, mutual commitments must be assumed, making reference to what is known as green bonds. With these, the northern country is committed to reducing its emissions, while in the Amazon it tends to take better care of the forest.

One of the big questions in bilateral relations that has marked the Colombian-American agenda refers to the future of cooperation scenarios in the fight against drug trafficking, since since his candidacy, Petro has been firm in his policy of ‘no aspersion’.

Another of the issues that has resulted from Petro’s victory at the polls, and that concerns bilateral relations, is precisely the recent resignation of the until now Colombian ambassador in Washington, Juan Carlos Pinzón Bueno.

Traditionally, the governments of Colombia have had good relations with the two political parties in the United States, a situation that is expected to continue to exist under the new administration.