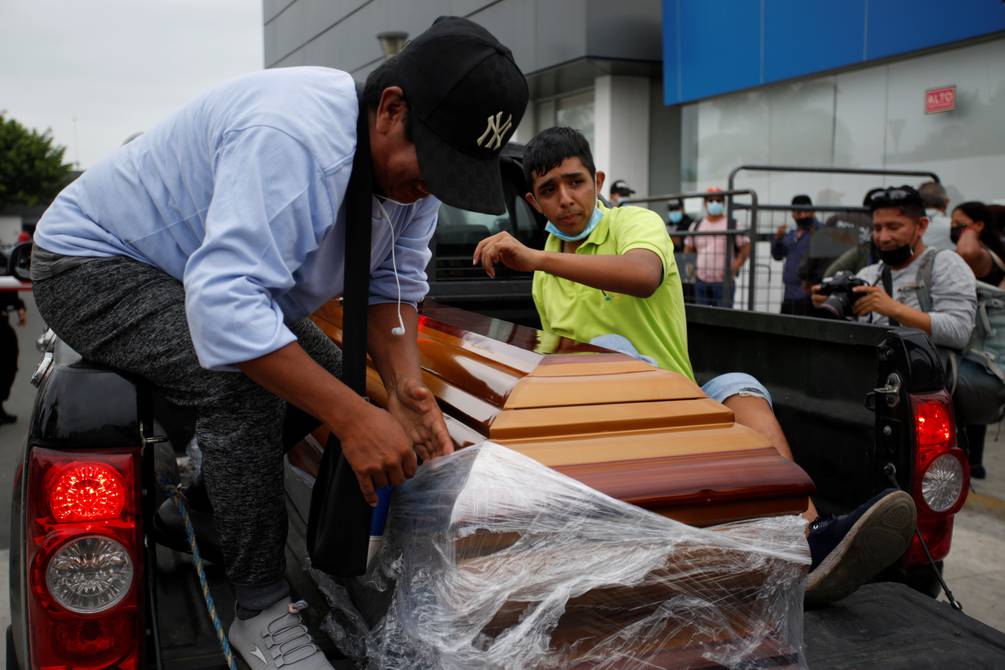 A total of 34 bodies have been identified so far after the massacre of 68 prisoners that occurred on Friday night.

There is calm in the 36 prisons in 9 areas of Ecuador, reported this Sunday in a statement the National Service of Comprehensive Attention to Adults Deprived of Liberty and Adolescent Offenders of Ecuador (SNAI).

Around 11:33, they reported that on a national scale, no incidents have been reported in any of the Deprivation of Liberty Centers this Sunday.

Additionally, those deprived of liberty, belonging to the CPL of Azuay, Cotopaxi and Chimborazo, who yesterday expressed solidarity with the situation experienced in the Litoral Penitentiary since Friday night and refused to eat their food today, culminated with said action.

#RELEASE | We inform that so far -on a national scale- no incidents have been reported in any of the Deprivation of Liberty Centers.

Inmates who expressed solidarity with the situation and refused to eat their food today culminated in this action. pic.twitter.com/Wkh76SbYXD

They stated that the inmates are in good health.

A total of 34 bodies have been identified so far after the slaughter of 68 prisoners occurred on Friday night in pavilion 2 and the transitory area where the incidents mainly took place.

The General Secretariat of Communication reported this Sunday that SNAI social workers are monitoring the health status of the 25 injured people, who are being treated in health homes, keeping their families informed about their condition.

In a statement, he noted that the Human Rights Secretariat will deliver the coffins to the families in the next few hours, while Criminalistics continues to work on the identification of the other deceased.

“The process of handing over the bodies consists of carrying out an autopsy, which must be endorsed by the Prosecutor’s Office; request the authorization of the data from the Civil Registry and verify if they are certified; grant the death certificate and, finally, deliver the body in the coffin to the next of kin, ”he explained.

The Secretariat indicated that several entities provide psychological care to the victims’ families.

In the control operations last night 900 policemen participated, while the military maintained controls on the outskirts of the prison.

The Secretariat added that the Executive has worked interinstitutionally to make the appropriate decisions regarding the prison situation.

Among the actions, the president, Guillermo Lasso, and the secretary of Human Rights, Bernarda Ordoñez, held a meeting with an international advisory team to articulate “cooperation in the pacification process,” the letter reads.

Delegates from the United Nations Organization and the Assistance Program against Transnational Organized Crime (PACcTO) participated in the meeting.

In addition, the Head of State spoke with representatives of civil society such as the Archbishop of Guayaquil and the human rights activist, Nelsa Curbelo.

The massacre on Friday night and early Saturday morning occurred in the same jail where a massacre took place last September in which 118 prisoners died in clashes that the authorities attribute to the dispute over territories between gangs allegedly linked to drug trafficking.

After that massacre, the ruler declared a state of exception in the prison system. (I)

Previous What is Ana María Polo doing today after the final chapter of Caso Cerrado? Instagram Telemundo | Shows
Next US warns China about pressure on Taiwan ahead of Biden-Xi meeting