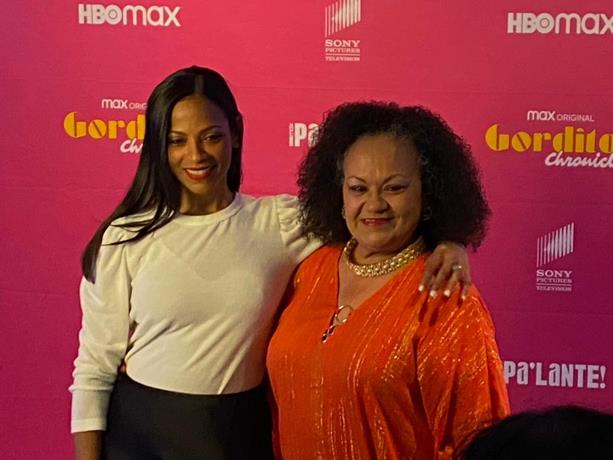 The series “Gordita’s Chronile”, a combined production of Cinestar Pictures with other production companies, will be on screen from June 23 on the HBO MAX platform.

The series, which is executive produced by actresses Zoe Saldaña and Eva Longoria, is a story based on the life of Claudia Forestieri that tells the story of “Cucu” (Olivia Goncalves) who flies with her family from the Dominican Republic to Miami in search of the “American Dream”, finding a life completely different from what they imagined.

On the night of the 21st, the city of New York was the scene of the last promotional screening where Cisely Saldana had the central words and Gonzálvez and the Dominican actress Rossmery Almonte (Boquita) who had an excellent participation in chapter 4 of the series were present.

In addition to the Saldaña sisters, Josh Berman, Jennifer Robinson and Chris King of Osprey Productions worked on the production.