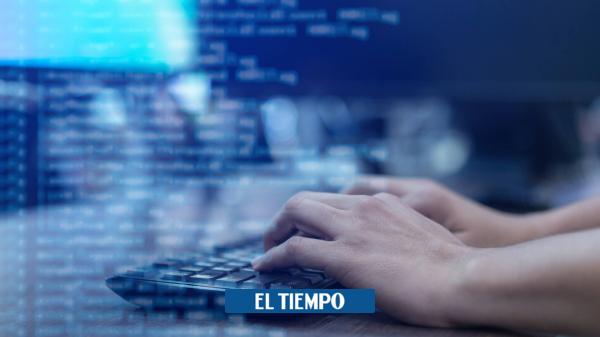 AlphaFold, an artificial intelligence system (AI) from Google, predicts the structure of almost all proteins known and cataloged by sciencewhich will increase the understanding of biology and facilitate the work of many researchers to address present and future challenges.

DeepMind, responsible for this artificial intelligence, and the European Bioinformatics Institute of the European Molecular Biology Laboratory (EMBL-EBI) have made, thanks to AI, predictions of the three-dimensional structure of almost all proteins -200 million- from their amino acid sequence; these are freely and openly available in the AlphaFold database.

(Also read: Mars: this is how iron and other metals could be created on the red planet)

This database has expanded approximately 200 times since its creation in 2021, going from almost a million protein structures to more than 200 million in its latest version, and covers almost all organisms on Earth whose genome has been sequenced, reports today a statement from the EMBL.

This expansion includes predicted structures for a wide range of species, including plants, bacteria, animals and other organisms, “opening new avenues of research in the life sciences that will impact global challenges such as sustainability, food insecurity and neglected diseases”.

Proteins have a unique three-dimensional shape that leads them to fit into each other, but determining it is a great challenge and here AI is key: its use has made it possible to create the most complete database of predictions about how they fold.

(We recommend: With Colombian guadua-bamboo they create material that substitutes petroleum derivatives)

Fundamental pieces of life, the structure of each protein, which depends on the amino acids that compose it, defines what it does and how it does it, so determining it provides valuable information to understand biological processes and advance in various fields.

“AlphaFold now offers a three-dimensional view of the protein universe,” emphasizes Edith Heard, CEO of EMBL, who adds: “The popularity and growth of this database is a testament to the success of the collaboration between DeepMind and EMBL.”

For his part, Demis Hassabis, founder and CEO of DeepMind, a British firm that belongs to Alphabet, Google’s parent company, highlights “the speed at which AlphaFold has already become an essential tool for hundreds of thousands of scientists in laboratories and universities around the world.”

(You may be interested: Artificial Intelligence reveals where there would be undiscovered ant species)

According to the EMBL, AlphaFold has also shown its impact in areas such as improving the ability to fight plastic pollution, understanding Parkinson’s, increasing the health of honey bees, understanding how ice is formed, or exploration of human evolution.

“We launched AlphaFold hoping that other teams could learn and build on the advances we made, and it’s been exciting to see that happen so quickly,” said John Jumper, AlphaFold lead scientist at DeepMind.

It is -he underlines- “a new era in structural biology and AI-based methods are going to drive incredible progress.”

For Sameer Velankar, Team Leader of the EMBL-EBI Protein Data Bank in Europe, AlphaFold has spread in the molecular biology community: “In the last year alone, more than a thousand scientific papers have been published on a wide range of research topics using AlphaFold structures.”

– Cells and organs of dead pigs ‘revive’ for a few hours