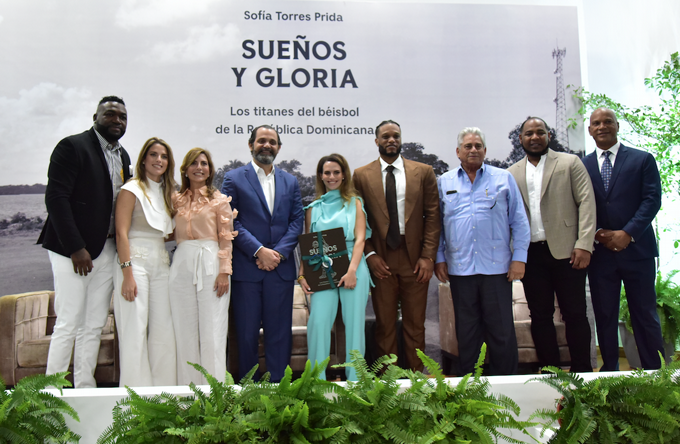 “Dreaming does not cost …”, an ironic phrase that seeks to stone every aspiration of an individual towards the highest, and it could not be more liar when the results of so many dreamers indicate that with determination everything comes true.

Just ask players like Robinson Canó, David Ortiz, Moisés Alou, living examples that beyond the difficulties of day to day, the desire to improve ends up prevailing.

But it has also just been experienced by the fledgling author specializing in photographs, Sofía Torres Prida, who never imagined that her dreams of knowing the background or enormous adventures of Dominican baseball players, would be fulfilled as the script of a best seller, in a specially photographic compilation .

Torres Prida ironically lived in love with a passion that resonated in every Dominican, baseball, but whose senses gnawed at his brain to know how each player goes through a stony life in search of his dreams.

“This work made me discover the enormous dedication that (the players) have to achieve their dreams,” said Torres Prida, highlighting that there lies “the great pride that I feel in each one, even though I did not know much (nothing) of baseball ”. The incipient author presented her book “Dreams and Glory: the Baseball Titans in the Dominican Republic”, which collects the most sublime feelings of these athletes in search of reaching the Major Leagues, and all under pain of tenacity, hard work and conviction of reaching the goal.

“Sometimes I fell down before the enormous difficulties of getting each protagonist of this story, traveling … I took about 100,000 photos!”, In addition to each story, but I got up again “, assuring that” these have been four years (time of the work) very special in my life ”.

Torres Prida especially thanked Sociedad Industrial Dominicana, in the person of its president, José Miguel Bonetti, for the support in his literary journey.

In the activity, Canó, Ortiz and Alou also took the floor, who let it be known that the effort put forth by the author in her stories is linked to the enormous efforts that each one had to make to achieve greatness in sport.

Meanwhile, Bonetti (also president of Leones del Escogido) highlighted the great “silent” role that Alou played as a link between the author and the interviewees (dozens), for a publication that “uncovers” the sacrifices a player makes to “get there.” . “Everything can be achieved with effort and sacrifice,” said Bonetti in his introductory words to the presentation.

Ortiz pointed out the great tenacity shown by Torres Prida in his quest for a unique literary content: “We are fully pleased to see such a young person achieve this type of success, because he believed (full dedication) in his dreams.”