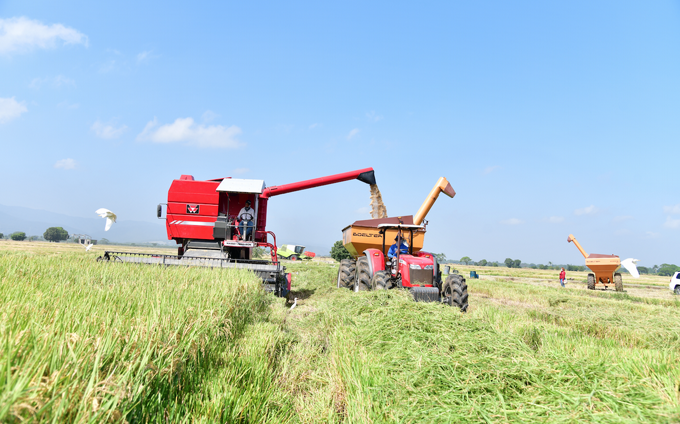 In the process of reactivating the Dominican economy, after the impact of the Covid-19 pandemic, there are four sectors that are characterized by their dynamism. They are remittances, tourism, free zones and construction.

The rebound experienced by these sectors was fundamentally due to the behavior of the US economy. This shows that external factors have caused, in an ambiguous way, positive and negative results in the performance of the national economy.

In the United States, where unemployment is at one of its lowest historical levels, 3.5%, consumption has become one of the key elements in the growth of that country’s economy.

Americans buy, among other things, food, clothing, footwear, electrical appliances, cell phones and motor vehicles. A good part of the production of these goods is normally done outside the territory of the United States.

As a consequence of this increase in North American consumption, the export processing zones of the Dominican Republic experienced an expansion during the first quarter of 2021. It obtained a growth of 23.1%.

Similarly, construction expanded by 53.1%. Tourism for that first quarter of last year was still paralyzed; and for that reason it had a decrease of -23.3%.

Remittances reached the appreciable figure of 3,459 million dollars, during the months of January to April of last year.

These levels of reactivation of the sectors mentioned in the Dominican economy were a direct result of the monetary and fiscal expansion policy of the United States government.

That, of course, was combined with a similar policy on the part of the national authorities, which generated levels of financial liquidity that were expressed in an increase in private investment, both national and foreign.

Naturally, some of those figures are inflated as a result of the statistical rebound experienced. This is so, because they have been calculated in relation to the year of the pandemic, 2020, and not with respect to 2019, which is the one in which a standardized measurement index is available.

Decline in national production
Despite the statistical rebound that is added to the economic reactivation of 2021, the agricultural sector, however, had mediocre results during the months of January to April 2021. It only grew 1.3%.

Throughout 2021, despite the inflated figure for economic growth of 12.3% of GDP, the agricultural sector only achieved a fragile expansion of 2.6%.

It is important to note that during the twelve years prior to the pandemic (2008-2019), the growth of the agricultural sector experienced an annual average of 4.5%.

The highest level occurred in 2009, reaching 10.2%, which represented close to 70% of GDP growth for that year. It was a true golden age of national agriculture that corresponded to the slogan that eating comes first.

However, as of 2013, the incidence of this sector in the composition of the gross domestic product plummeted, reaching only 1.8% in 2015. During the following three years it gradually recovered until reaching 4.2% for the year 2019.

By 2021, even with a statistical rebound of 12.3% GDP growth, the agricultural sector only accounted for 1.1% of that growth, one of the lowest rates in national history.

For the months of January to April of this year, 2022, the growth results of the national agricultural sector are no more promising than those of last year. On the contrary, they turn out to be extremely discouraging. Nothing else was 1.5%; and for the month of April, unfortunately, 0.2%.

If the numbers speak eloquently enough, it is clear that there is a notable oversight on the part of the current national authorities, at a time of global and national crisis, with respect to a priority sector for the development of our country, such as agriculture.

At this time, it must be understood that food sovereignty and security are of the first order to guarantee the survival of the national population. Not understanding it is leading the Dominican people towards hunger, ruin and misery.

new realities
During the first four months of 2021, the tourism sector, as we have already said, had not yet started its full recovery process. The airports were empty. Skies clear. The sunken sector, with -23.3%.

But, due to the relaxation of the confinement, the savings made, the stimulus policies and the desire to travel and reconnect with nature, the number of tourists began to grow dramatically, reaching during the months of January to April this year an interannual growth of 39.9%.

It is, however, the only sector that is still growing, after the stage of economic recovery began. In local manufacturing, for example, a decrease from 14.5% last year is perceived, to 4.4% today. In free zones, from a boom of 23.1%, it now drops to 8.2%.

What has happened in the construction sector is striking. After being through the roof, with 53.1% in the first quarter of last year, right now it lands at 4.6%.

In the field of remittances, although they are still relatively high, during the months of January to April of this year, they have already experienced a decrease of 253 million dollars, equivalent to 8.2% compared to the same period last year.

In short, what we want to express is that the figures for the first quarter of this year already show a slowdown compared to 2021. The cause of this is essentially due to two reasons.

The first has to do with the change in monetary and fiscal stimulus policies, by the United States and our own authorities, for one of increasing interest rates and decreasing liquidity in financial markets, as a way of combating inflation.

The second, of a geopolitical nature, corresponds to Russia’s war in Ukraine, which generates high prices for fuel, commodities and fertilizers.

The fear is that the first of these policies will produce a recession; the second, to maintain inflation.

The worst scenario, that a situation of stagflation arises.

In any case, understand that, due to a combination of external and internal factors, our economy manifests itself in an ambivalent manner, navigating a new confused and uncertain reality.