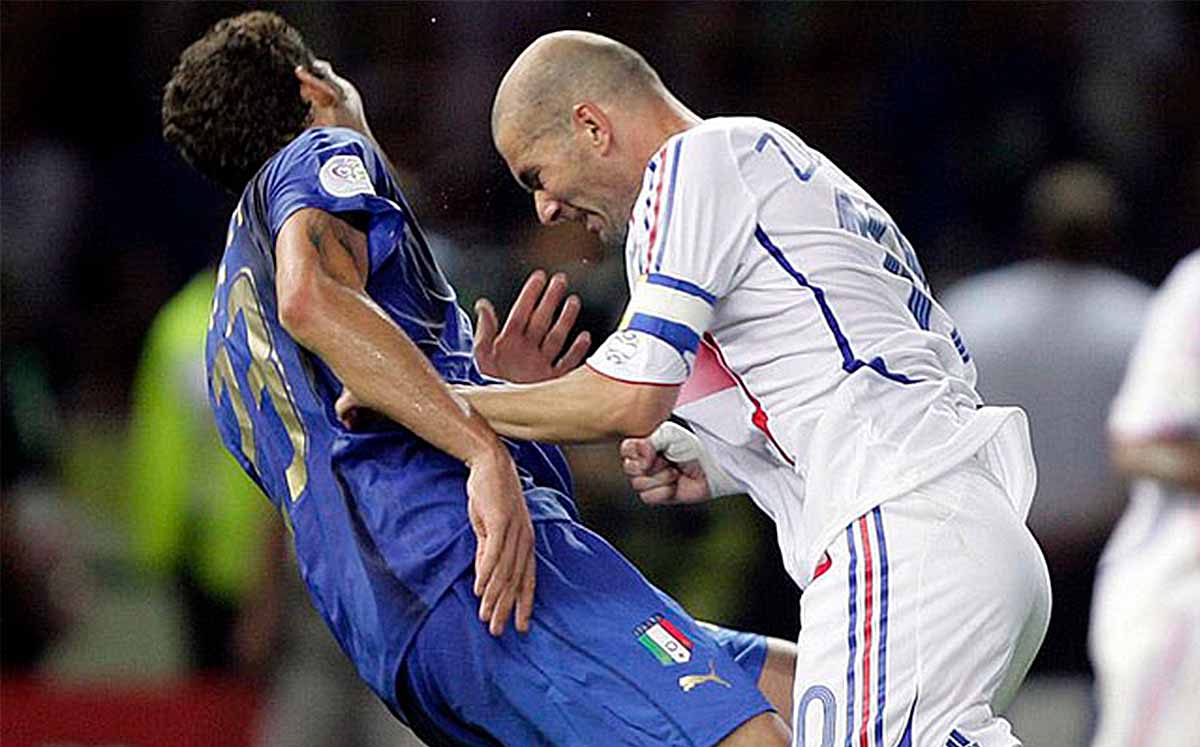 The most elegant footballer in history whose temperament played tricks on him. One of the most unforgettable episodes of football it happened in the 2006 World Cup Final between Italy and France with Zinedine Zidane’s header on Marco Materazziwhich to date continues to leave doubts about what happened or what was saidbut the legendary French clears all doubts in an interview that coincides with his 50th birthday.

the prestigious newspaper L’Equipe sat down to talk with the former leader of Les Bleus to win the 1998 World Cup and the Euro 2000as well as his Last Dance with the runner-up in Germany 2006leaving for eternity his image walking towards the locker room passing by the side of the World Cup.

Why did Zidane headbutt Materazzi?

This June 23, 2022, Zizou turns 50 and recalled the most significant passages of his phenomenal career, in which he shone with Juventus and Real Madrid. Of course, an essential topic to address was the header to Materazziremembering what the Italian told him to make him lose his composure.

“That particular day, my mother was very tired, she did not feel well. I was with my sister on the phone several times during the day. I know that my mother is not well, she is not too serious either, but she is still a concern. I was still focused (in the Final), but it’s all things that come with pressure, this and that. He (Materazzi) did not tell me about my mother, he has already said that he did not insult my mother and it is true, but he did insult my sisterwho was with my mother at the time,” Zidane recalled.

“In the field there are insults, everyone talks to each other, sometimes badly, but you do nothing. That day, what happened happened. He provoked something by talking about my sister Lila, it was only a second and I disconnected… But then you have to accept it, I’m not proud of it, but it’s part of my career,” added the 1998 Ballon d’Or winner.

Materazzi told Zidane: ‘Give me your sister’

With regard to Zinedine Yazid’s statements, it is worth remembering Marco Materazzi’s version of eventswho would win that World Cup with Italy and from the first moment denied any insult to Zidane’s mother, saying that he lost his as a teenager.

“Zidane’s header? I did not expect it at that time. I was lucky I didn’t wait for that episode, because if I had been prepared, we would both have ended up in locker rooms. We had a contact in the area. He scored the goal for France in the first half and the coach (Marcello Lippi) asked me to score for him. After the first crash I apologized to him and he reacted badly. In the third shock I frowned at him and he told me: ‘I’ll give you my shirt later’. I replied that he preferred his sister to his shirt“, he pointed out in an interview with L’Equipe in 2020.

“I said some stupid words to Zidane that they could not provoke such a reaction. In any camp in Rome, Naples, Milan or Paris, you hear much worse things. I spoke about her sister, but not about her mother as I have read in some newspapers. My mother died when I was 15, so she would never have sunk so low as to insult her mother.“, he concluded.

There are 244 days left until Qatar 2022.pic.twitter.com/dGKfnjqo6Q