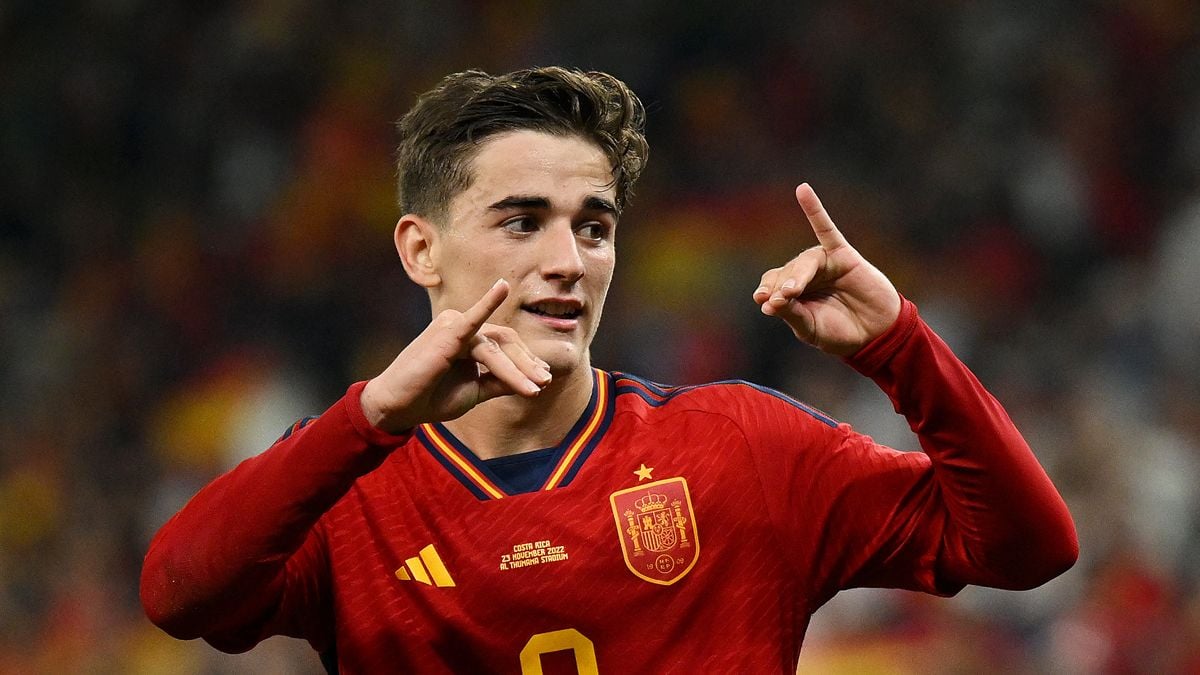 Gavi confesses the request made by Luis Enrique

Gavi has been one of the names of the first day of the group stage of the World Cup in Qatar. The FC Barcelona player behaved like one of the engines of Spain in his exhibition against Costa Rica, which ended with a comfortable 7-0 victory in which the midfielder also converted to make his debut as a goalscorer in a World Cup.

He made enough merits to win the ‘MVP’ award and has begun to make a name for himself in the tournament, although there is still a long way to go. Gavi is fulfilling his great dream and this is what he confessed in a recent interview with ‘Prensa Ibérica’. In it, he also highlighted the key to his great performance… thanks to a request from Luis Enrique.

He has spoken, first, about what it means to play with Pedri González, also with ‘La Roja’. He stressed that “He’s a great friend, off the field we had a great time And that is also reflected on the pitch. It’s a footballer show and it makes everything so much easier. It’s a joy to have him as a partner.”

Regarding the atmosphere with his teammates and the Spanish staff, he highlighted that “the atmosphere in the team is very good, among the youngsters and also with the veterans, the captains, Busquets, Jordi or Koke give us very good advice and a special chemistry has been formed”.

Before confessing what Luis Enrique has asked him, Gavi confessed that he is “I am very grateful to the coach and his staff for having believed in me. They give me a lot of confidence and tactically help me grow as a footballer with his advice. I still have a lot of room to improve and we have to work hard”, pointing out that “we went out to win every game, with ambition, the intention against Germany will be the same as Costa Rica. We are a team with a lot of ambition and we give everything in every game, whatever the opponent”.

He also stressed that “the coach asks us insiders to step into the area, to try to score goals. Here we are a team, we all have to defend and try to score”. About being the third youngest goalscorer in a World Cup, he highlighted that he impresses him because his name is “close to the numbers of legends like Peléalthough I am clear that the important thing is to help the team win and have a great World Cup”.