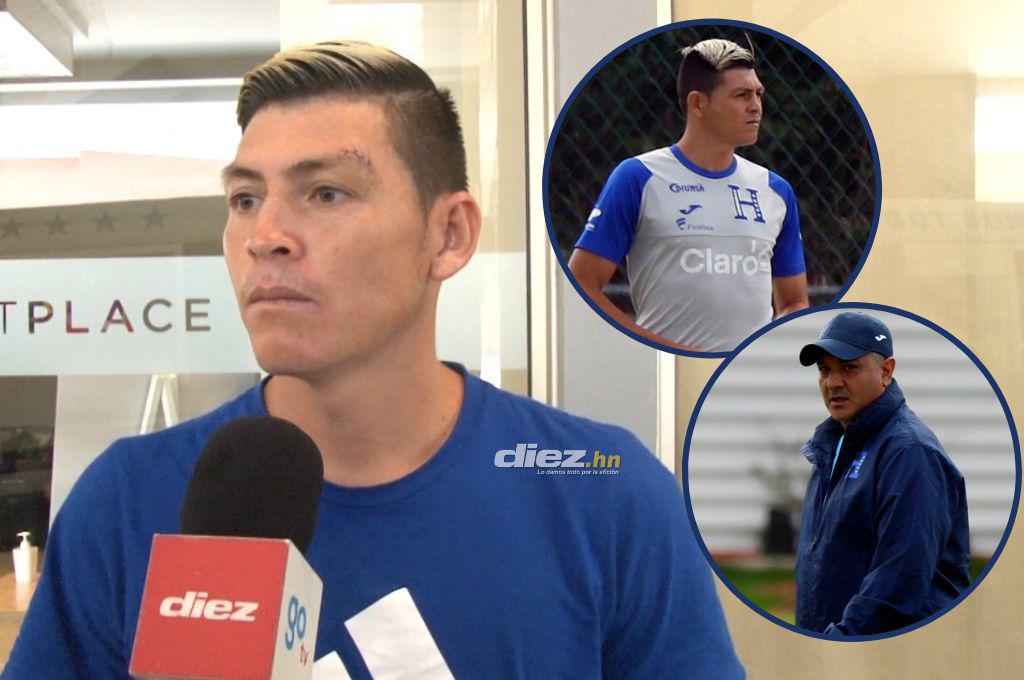 Dressed in a blue shirt, with suitcase in hand and walking down the steps of the hotel, he said goodbye Francis Martinez his dream of having integrated the Honduran National Team in this microcycle in Tegucigalpa.

With a greeting and handshake, he greeted each of the colleagues who were still in the hotel lobby, while they waited for the vehicle that would take them back to their homes.

Three days passed from the moment of his call, which was marked by surprises and criticism from soccer players and former players, but no one takes away the illusion of this warrior.

Diez had the opportunity to chat with Francisco Martínez, who, before returning to his hometown, was able to share his experience in the Bicolor.

How would you describe this experience in the National Team?

I lived it in the best way, a lot of humility and tranquility. I came here and we got to know the teammates and thank God we did things in the best way.

Was it the dream you longed for?

It was something wonderful, everyone wants to be in the National Team, I know it’s not easy, there are demands here, but success is achieved through hard work.

This was Francisco Martínez’s goal in the Major League final: “With that bombshell he conquered Diego’s heart”

How was the reception and support of colleagues?

In the best way, I shared with each one of them and I am motivated to continue working.

What is your opinion of the criticism they make for your call?

Negative comments make one stronger, this is to continue working, now that we have been given this opportunity. You have to face it in the best way and continue preparing.

Did those criticisms bother you?

You don’t put your mind to those things, but you have to keep working.

Did your colleagues support you in the face of criticism?

Each one of the comrades also comes from below, nobody has given them anything to be here and they gave me their support in this call.

Did you hear about the criticism they made of you?

No, mentally I am strong for that and I must continue working.

Do you feel that there is a lot of selfishness with the topic of the National Team?

This is achieved through work, I have been achieving it with great effort. Every player dreams of being in the H and this dream came true for me.

Do you feel that no one should take it away from you?

I will continue working so that the teacher continues to take us into account. We already took an important step that called us.

What did Diego Vázquez tell you?

I didn’t talk much with the teacher, but he did tell me to keep working, sticking it in.

Who was your roommate?

It was Ángel Tejeda, he is from the Santa Cruz de Yojoa side and I felt familiar, I shared a lot and everything was fine.

What were they talking about with Tejeda?

Where we had played, I told him I was there, he told me about Motagua. It was something beautiful and wonderful.

Did you pick a roommate?

No, everyone came with the room that corresponded to them and with whom to share.

How did you live the trainings?

With a lot of responsibility, tranquility and taking confidence.

Did you communicate with your family?

They are very happy that you are here. I even have a brother who manages in the First Division and is an assistant.

As it is called?

Darinel Martinez. He manages in the First Division.

Do you dream of being seen in the First Division?

First of all, God, that is the faith we have and we have to keep working to reach a National League team.

Do you expect a call to another microcycle?

Yes, I’ll be waiting, but now I have to go to work with the team and do things right.

Which of the National Team players did you admire?

I think that each one of those who are in Olimpia and Motagua, or any first-class team, one always admires them because we know that first-class is more demanding. But who I admire is Kervin Arriaga for his dedication on the court.

And what about the ones you managed to share?

With “Perrita” Castellanos, we talked there, we played in the same position and we have to learn from him.

Did he give you any advice or what did you learn from him?

That I kept lying to him, that this was an opportunity that had come to me and that I did it humbly.