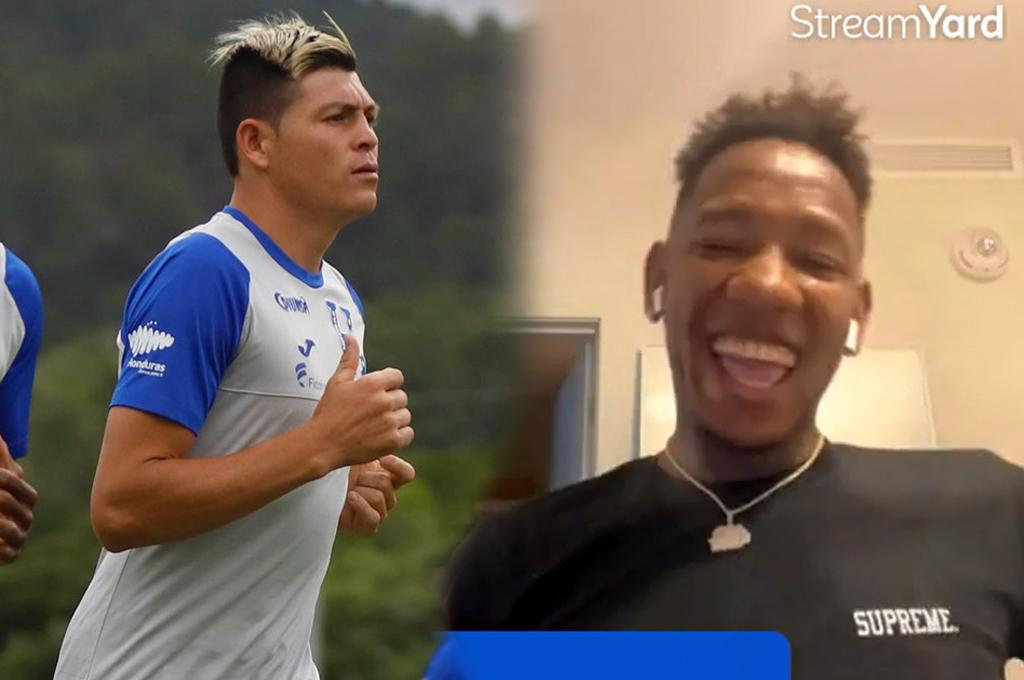 Francis Martinez is the man of fashion in Honduran soccer after receiving the call of Diego Vazquez and be part of the microcycle that carried out the Honduran national team for three days in Tegucigalpa.

the captain of the Pumas F.C.a club that has just achieved promotion to the Second Division, spoke exclusively with the journalist Edward Solano of OPSA Group and he had the great surprise of sharing with Romell Quito.

Martinez, 29, confirms talks with a National League club (without revealing the name) and hopes to have a chance. He is also excited about being taken into account by the national coach again.

What did Diego Vázquez say to him when he had him face to face for the first time?

”When I met him at the team hotel, he told me that he had played a good game in the Major League final. Yesterday before leaving he called me and told me to keep working and that he was going to keep watching me”.

The treatment of Diego Vázquez in the microcycle

“He corrected us on the field for the work he put in, as well as the other teammates, he never gave me a bad expression and told us to do things with quality.”

Do you feel out of tune with your peers or did you feel like a fish in water?

”I felt very confident. I got into my head as if he was in the neighborhood because nobody stops him, one is an animal.”

Criticism of soccer players and journalists for their call

”Everyone has their opinion and is free to express what they want to say. One takes criticism to become stronger, those things are not to put mind and it is to continue working. I think that mentally we work for that, one has to be prepared for the people who are going to criticize it. If they talked about Jesus, what are they not going to say about one? In this country we kill each other, we don’t know what love for our neighbor is. Everything that is said is taken from the good, the support of those who have been, we Hondurans should change that, we must support what comes from below”.

While Francis Martinez was chatting exclusively, to his surprise he appeared Romell Quitoa Honduran attacker who stands out in the CF Montreal.

“El Romántico” gave him a couple of pieces of advice and the player from Santa Cruz de Yojoa could not avoid the emotion when he was talking with the legionnaire catracho.

“I’ve seen what the feeling is right now,” he began by saying Quito. “I have had to be supporting you from the stands in the World Cup qualifiers, it is a privilege to be with you and these are blessings that God has prepared,” he replied Martinez.

“I have seen how you have walked on this issue. The important thing is how you feel, they are blessings and paths that God is opening for you, you have been working hard and it is the reward that God is giving you.”

And he added: “Life is like that in all areas, it is full of opportunities and we are all waiting for it. This is how it begins, no matter what town or city you come from, what race you are, we are all Hondurans and we have to support each other.”

Romell Quioto on the level of Francisco Martínez

“I have heard that it is very good, a teammate told me good things about you, I hope you continue to be taken into account and they are decisions that one has to respect. If Diego continues to take you into account, welcome, you have to stay away from negative comments, there will always be people who will criticize you, but you know what you want and there are always thorns, you have to dodge. I wish you the best and hope to see you again in the future.”

”The illusion is always there. One as a minor league soccer player aspires to be with the big ones. Success is achieved through hard work and humility. Soccer is about working and dodging the thorns as Romell Quioto says to achieve the goal”.

”There are talks with a team, but it has not materialized. First we put the direction to God, let it be him taking control and we are only guided.

Romell Quioto and words of support for Francisco Martínez

”If you go to the towns there are very good players. It is difficult to leave because there is no one who will see you there, based on work and sacrifice you do not have to lower your arms since it is complicated.”

“In my case it was quite hard, I wanted to throw in the towel, but you have to continue no matter how old you are, you are being given the opportunity and hopefully you can do something for yourself and your family so you can give the best to they”.

Romell Quioto on the confidence of Francisco Martínez

”It’s important to have personality. Francisco has arrived and has done things well, that’s the good thing when you arrive at a team and your nerves betray you, it’s quite difficult, sometimes you do things you shouldn’t do. He has his way through the second division, I looked at the goal he scored that he was even blindfolded and that’s important.”

Francisco Martínez on reception in his town

“I myself was surprised, that bus doesn’t stop very often at those detours and I even wanted to cry because I played strong. Here where I live there is talent, my brother is a first division referee. This is something wonderful, it’s a microcycle and let’s not say in an official match.”

”You work by waiting for the opportunity. We are not judges, we are only here to follow orders. If they don’t call me, I have to respect the decision, one has to be prepared for everything”.