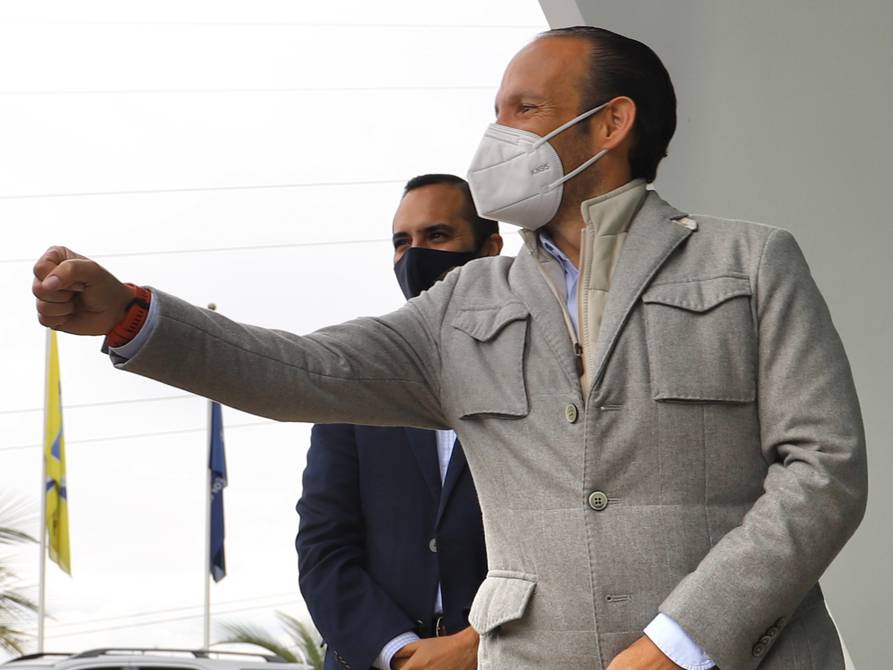 Manager feels calmer with the transfer of Alexander Domínguez to the Colombian team Deportes Tolima, because it will give him more minutes.

Ecuador’s third place in the South American qualifiers for the Qatar 2022 World Cup, although it gives peace of mind for the moment, it does not stop creating expectations for the matches that will come to complete the Conmebol calendar: before Chile, Peru and Paraguay, as a visitor; Brazil and Argentina, of local.

The leader of the tournament together with his escort will have to visit Quito. The president of the Ecuadorian Football Federation (FEF), Francisco Egas, in statements to radio Huancavilca pointed out that he trusts that they will arrive more relaxed, without pressure, because they have already reached their qualification for the world tournament. “Brazil and Argentina they will arrive with their homework finished and we will still need something else (points). We saw a Peru fierce one Venezuela that complicated us and a Colombia important. You have to go date by date and continue with this step of at least adding, so that it is not easy to score goals and beat Ecuador abroad ”.

The leader also referred to the future of the goalkeeper Alexander Domínguez, who will no longer continue in Argentine football, but will make the leap to Colombia, to the Sports Tolima. “Alexander told me, he was happy. It is a good club that always fights in the Colombian tournament. Is a step forward, which will serve the national team, because it will be in international tournaments. The important thing for him is to have regularity and minutes, that is noticeable now with respect to what happened a month ago (when he did not act) ”.

The presence of the public is important in the stadium to encourage the selection, and Egas hopes to have a good attendance for the next matches. “I hope there is more public to encourage the selection. It will depend on the behavior of the people and the vaccination plan. I would hope so, because they are going to be two difficult games (Brazil and Argentina) and in which our audience is going to be important. We will design how to make stadium attendance safer, but later it will be in the hands of the authorities ”.

For the manager, playing in Quito or Guayaquil is not an administrative decision, but a technical one. “That is something that depends almost exclusively on the coaching staff, because the sports part is the most important in all this; beyond assists and lockers. Yes it has cost us more than in other qualifying rounds, but our team comes from a very long season; our players arrive with many games on top. Perhaps next year, for the auction, they will arrive fresher. On the subject of height, everyone has their own criteria, with affinities involved; then, it is difficult to agree. Like FEF, we are ready to stand behind what the coach thinks is best”. (D)