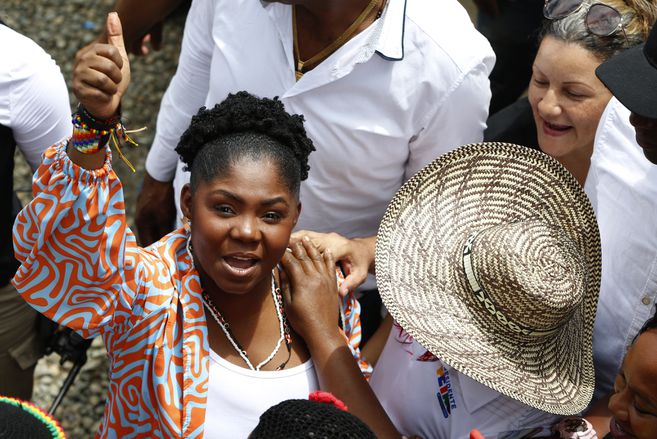 Not only Gustavo Petro makes history by becoming the first president of the Colombian left. His vice-presidential formula, Francia Márquez, adds weight to what the victory of the duo of the Historical Pact means. He is the first black person elected to reach the highest sphere of power in the country. Between January 25 and July 18, 1861, Juan José Nieto became the first black president, however, he remained invisible in history.

The woman from Cauca, in addition to serving as the next vice president, will have the task of creating the Ministry of Equality that Petro proposed in his government program. This proposal has already begun to be executed and María José Pizarro, an elected senator, hopes to file the bill on July 20, when the 2022-2026 Congress is installed.

Thanks to the Colombian men and women who came out today to vote en masse with dignity, overcoming fear and with the hope of #LiveTasty and in peace.❤️🇨🇴✊💪 pic.twitter.com/HL2bSlh1wn

Once that Ministry is created, Márquez will be its first female head of portfolio. The perspective of this office is to ensure equality not only of gender, but also that of class and race, closing labor and social gaps between the countryside and the cities, etc.

You may be interested in: Historical: Gustavo Petro wins and is the new president of Colombia 2022-2026.

The environmental leader will have to connect with Marta Lucía Ramírez, the first woman in that position, who during the past four years had gender issues, the celebration of the Bicentennial, transparency, and the reconstruction of Mocoa, among others, as responsibilities.

In May 2021, when Iván Duque appointed her foreign minister, Ramírez had to assume and lead Colombia’s relations with the outside world. Under Petro’s discretion, Márquez will be able to have tasks similar to those of her next predecessor.