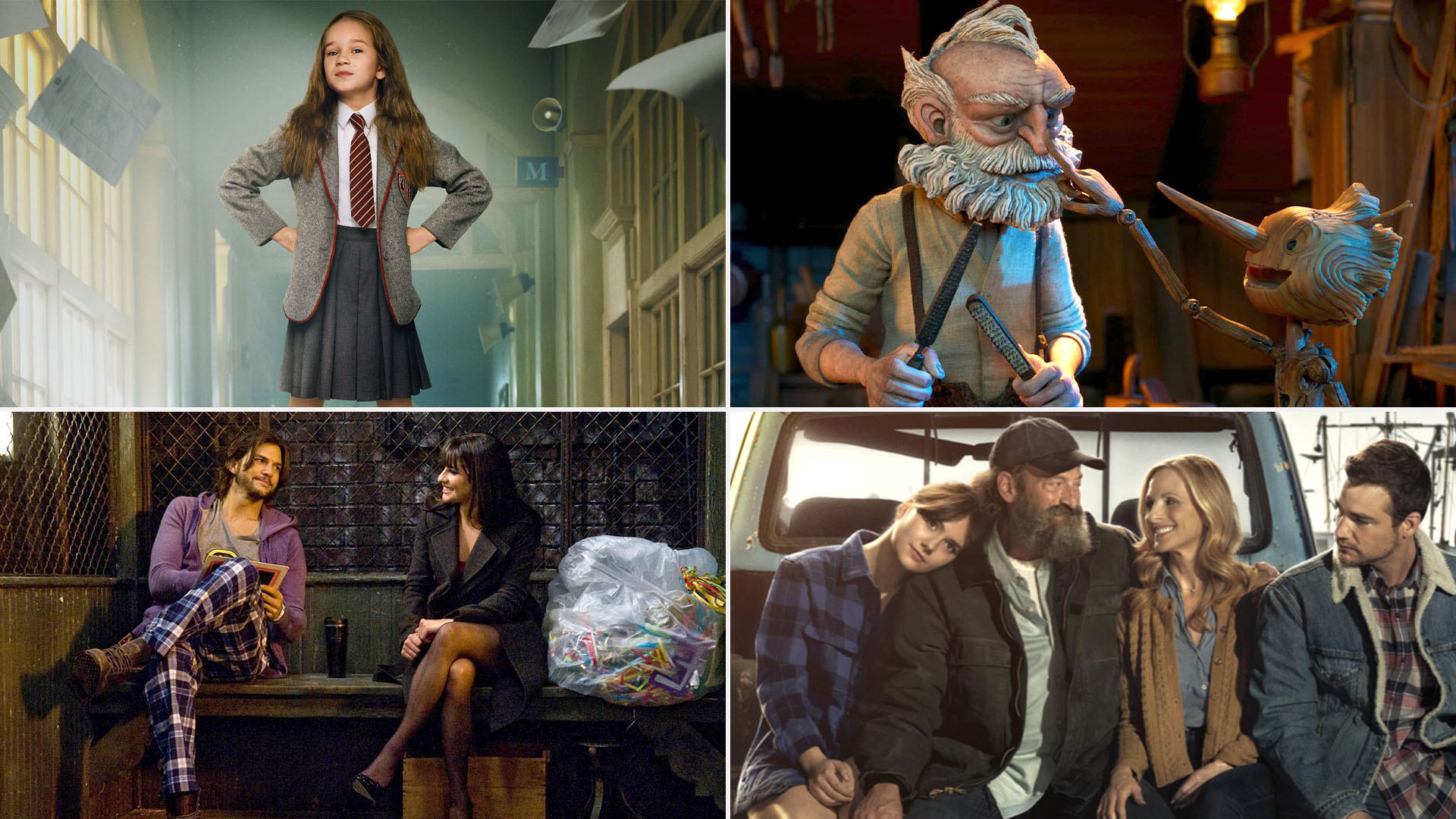 Five spectacular films to start the year 2023 off right

With the New Year, other beginnings are coming and, after celebrating the farewell night of 2022, the first of January arrives surrounded by good energy to continue enjoying what is to come. In this regard, one of the best plans is to spend the day with the ones you love the most, either at home or in other spaces. For those who consider the first option, we recommend emotional and brilliant titles to start the new 2023 season with a lot of inspiration.

This new movie is a visually stunning adaptation that embraces the darkness of its source material. The Academy Award-winning director Guillermo del Toro and the legend of stop motion Mark Gustafsono, reimagines Carlo Collodi’s classic tale of the legendary wooden boy. “pinocchio in an enchanted adventure that transcends worlds and reveals the power of love”, is how it is described in its synopsis.

The new animated musical version of the famous tale is set in Fascist Italy during the 1930s. The fantastic tale features an all-star voice cast featuring Ewan McGregor as Jiminy Cricket, David Bradley as Geppetto and the Newcomer Gregory Mann as Pinocchio. Available in Netflix.

A new adaptation that takes as its inspiration the musical work that was a success a decade ago. The story focuses on the life of Matilda, a very particular, intelligent girl with special abilities who loves to read and study. Her arrival at a strict school run by a tyrant (Miss Tronchatoro), is balanced by Miss Honey, with whom Matilda will achieve a special connection to develop her full potential.

The protagonist is a girl who, although she does not have the family life that every child deserves, finds in the recreation of stories and in her books the salvation she needs to survive. In Netflix.

Comedy and romantic drama that includes intersecting stories that take place between New Year’s Eve and New Year’s. Among them is that of a hospitalized man (robert deniro) who lives his last days, that of a man who hates Christmas parties (Ashton Kutcher), that of a business woman (Michelle Pfeiffer) who tries to achieve his purposes before the end of the year , that of a woman (Hilary Swank) who produces a show in Manhattan’s Time Square.

According to the critic, New Year It is the classic entertaining movie that does not fail to offer you a good time to spend time in company or alone. Other renowned personalities that make up the cast of this film are Jon Bon Jovi, Zac Efron, Sarah Jessica Parker and Halle Berry, among others. Available in HBO Max.

Coda: signs of the heart

Emotional movie to watch with a box of tissues nearby. In this drama, Emilia Jones is Ruby Rossi, the daughter of a deaf-mute couple. Unlike her parents and her brother, the young woman turned out to be the only listener and speaker in her family. It is the remake of the acclaimed French feature film the belier family and won various industry awards, including three Oscars. Can be seen at HBO Max.

Special action drama that, after 36 years, brought airplanes back to Tom Cruise. After three decades of service as one of the Navy’s top aviators, Pete Maverick Mitchell is where he belongs, pushing the limits as a fearless test pilot and dodging the rank promotion that would ground him.

Training a detachment of Top Gun graduates for a risky specialized mission, Maverick meets Lt. Bradley Bradshaw (Miles Teller), the son of his late friend. This unexpected situation will lead him to a confrontation with his deepest fears. This is one of the highest grossing movies of 2022 and is available on Paramout+.