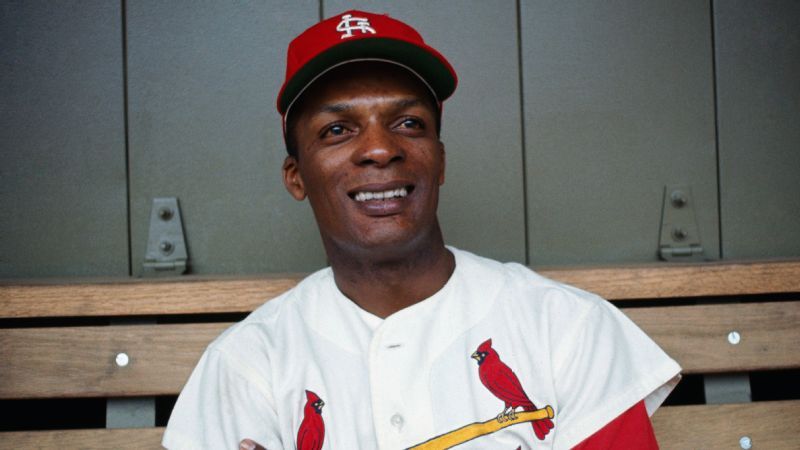 On Sunday, the American nation will celebrate Juneteenth, the date slaves in Texas were told they were free. For me, June 19 also represents a significant event in baseball history.

This year marks the 50th anniversary of the Supreme Court’s rejection of Curt Flood’s lawsuit seeking to free MLB players from the reserve clause.

Both dates are problematic in their own way. ‘Juneteenth’ celebrates the long-overdue end of exploitation. On June 19, 1865, Union troops arrived and announced to more than a quarter of a million illegally enslaved blacks in places like Galveston Bay, Texas, that they had been free for the past two years. Juneteenth is the celebration of an overdue freedom.

Flood’s defeat at the Supreme Court level in 1972 was a stinging rebuke to a brave player who dared to attack a deeply entrenched system of sports ties. Under the reserve clause, the players were tied to their teams until the clubs decided otherwise. Eventually the baseball players finally won their freedom. In 1975, an arbitrator ruled that two white pitchers, Andy Messersmith and Dave McNally, could trade with any team as free agents. While Messersmith and McNally drew acclaim, the free-agent hero was Flood.

I was a fan of Curt Flood. After Willie Mays, Flood was my favorite center fielder.

In 1968, Sports Illustrated listed Flood as the best center fielder in baseball. He started 10 seasons in St. Louis, including the Cardinals’ World Series-winning teams of 1964 and 1967. Flood was a genius-level defensive player and at one point had a 223-game error-free streak.

But Flood’s biggest contribution to the game was challenging the power structure and status quo of MLB.

After the 1969 season, Flood was traded to the Philadelphia Phillies. Flood refused to accept a trade, but the terms of baseball’s reserve clause required him to play for Philadelphia. The reserve clause said that once a player was drafted, that player became the sole property of the team and thus had no ability to negotiate a contract and was not entitled to any negotiating rights. A player could refuse to play, but was then banned from playing for any other team.

Flood’s famous letter to Kuhn in December 1969 was the initial assault on baseball’s stranglehold on players. He wrote: “After twelve years in the major leagues, I do not feel that this is property to be bought and sold regardless of my wishes. I believe that any system that produces that result violates my basic rights as a citizen and is inconsistent with the laws of the United States.” United States and various states.

Added Flood: “It is my desire to play baseball in 1970, and I am able to play. I received a contract offer from the Philadelphia club, but I believe I have the right to consider offers from other clubs before making a decision. Therefore, I request that you make known to all major league clubs my feelings on this matter and inform them of my availability for the 1970 season.”

I recently reviewed transcripts of a 1991 interview with Flood recorded for a documentary I wrote called The Journey of the African American Athlete. During the hour-long interview, Flood offered a series of insightful insights into this period of his baseball life. I understood why baseball put him on their permanent “non-grata” lists.

He compared MLB under the reserve clause to sharecropping: “The same system they used in the south where the plantation owner owned all the houses you live in. And you worked for him and you bought from his store and that’s why you could never get out of that vicious circle.”

During that same interview, Flood said he was devastated. He called the decision “a very sharp knife stuck in very tender places in my heart.”

Flood lost the case, but his bold stance encouraged other players to fight for free agency.

During the interview, Flood said he had mixed feelings about the referee’s ruling. “I was pleased that something finally fell on the side of the baseball player who really gives his body for this profession,” he said. “But I was disappointed because I discussed the same issues.”

Flood hinted that, had he been white, he might have prevailed. “I was disappointed that I didn’t win, but I had to feel like somewhere in that equation, America was showing its racism again,” Flood said. “They were just hoping someone else would win that case, and that’s a shame.”

Flood took on baseball and paid the price. Marvin Miller, director of the Major League Baseball Players Association, warned Flood that if he went ahead with the lawsuit, he would never be a manager and there would be no chance of getting into the Hall of Fame.

ESPN Deportes, ESPN+ and the ESPN family of channels bring you all the live excitement of Major League Baseball in 2022, from spring training to the fall postseason.

“As an organization and as a fraternity of players, we have been fortunate to have pioneers who have been willing to challenge the status quo, even if challenging the status quo would not necessarily benefit them,” Tony Clark, the executive director of the Baseball Players Association Major League Baseball, he said Tuesday.

Clark said that even the Supreme Court’s decision against Flood was helpful. He also said the association would continue to champion Flood for the Hall of Fame.

“That challenge to the status quo set the stage for everything that has happened since,” Clark said. “To continue to have that conversation, to continue to make that point and to continue to campaign on Curt’s behalf, has value and always will have value, if only to make sure he stays at the forefront of the conversation about how good things are and why things are as they are.”

At the risk of being called the king of lost causes, I will continue to champion Flood’s induction into the Baseball Hall of Fame.

Flood’s omission from the Hall of Fame is an embarrassment to baseball, at least it should be. But the Guardians, members of the Veterans Committee, remain steadfast in their apparent commitment to keeping the Flood out.

Flood was someone who changed the game. His act of bravery in 1969 was one of three significant acts of defiance by black athletes at the time. In 1967, Muhammad Ali refused to join the US Army; In 1968, Tommie Smith and John Carlos demonstrated on the podium during the Olympic Games in Mexico City. Each of those athletes sacrificed their careers to try to further the cause of human rights.

Flood’s courageous stand in 1969 cracked the foundations of baseball, and in 1975 the walls came crashing down. All this because Flood stood up and said: “enough”.

When he faced MLB, Flood was elevated, in my opinion, to Ali-like stature for risking a career on principle. During that 1991 interview, Flood said that over time he began to realize the impact his sacrifice had had.

“The longer I’ve been out of the game, the more I know that what I did was really wonderful and great for the athlete and for baseball itself,” Flood said. “Looking back, it was really worth it.”

Flood died in 1997 at the age of 59 from throat cancer. Free agency transformed baseball, and indeed all sports, for the better.

‘Juneteenth’ celebrates a bug that was fixed; the Supreme Court ruling reminds me that a grievance has yet to be remedied. One day, Flood will be enshrined in the baseball Hall of Fame. When that day comes, such as June 16, we will celebrate the award of a long-held and pending right.