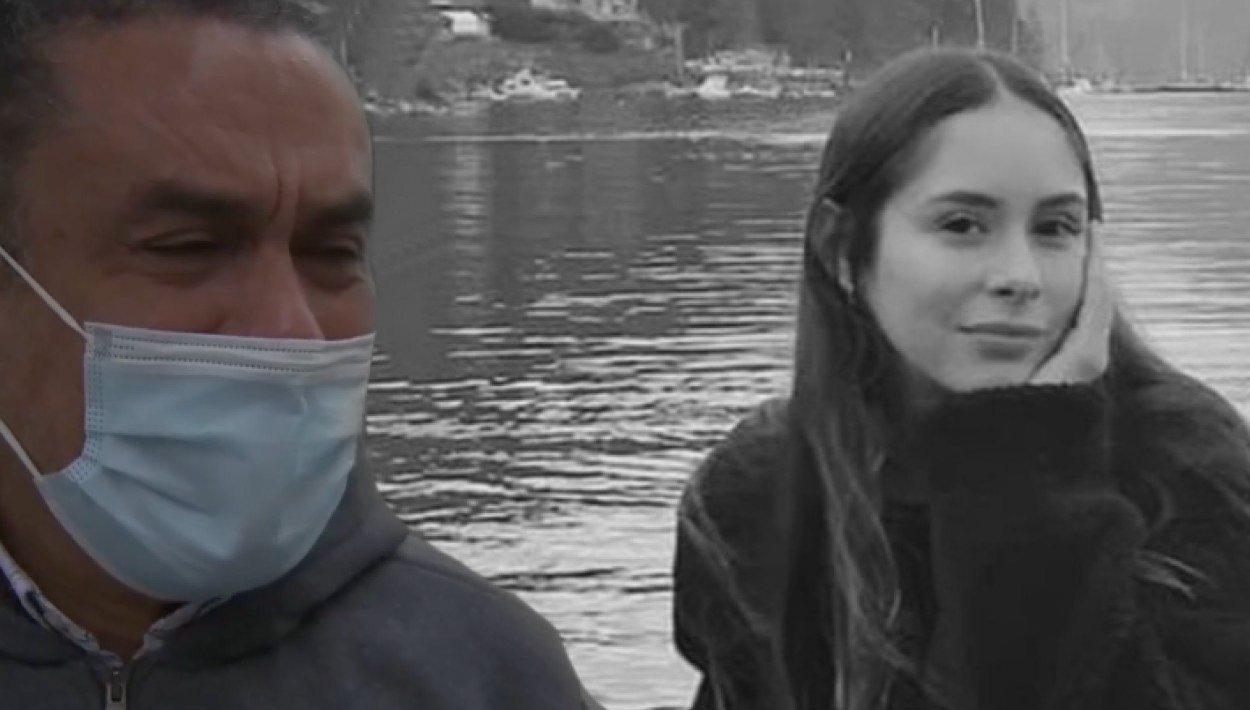 The worst fear of the sound engineer Luis Cabrales became a reality: last Friday, November 26, specialists from the Kaiser Permanente hospital in Los Angeles confirmed that his daughter, the Mexican architect Hilda Marcela Cabrales Arzola suffered brain death, he told the newspaper ‘The Sun’. The 26-year-old woman has been fighting for her life since last November 13 someone left her almost dead in front of a hospital, with a heroin overdose.

They managed to revive her, although the impact was devastating for her system, which gradually collapsed. In the case of your friend, model Christy Giles, who was the one she went out with on Friday, November 12 to have fun, the exact cause of her death is still unknown. The 24-year-old woman was also abandoned in front of a hospital on the afternoon of November 13. However, she arrived dead.

Since Marcela Cabrales was able to be resuscitated, her toxicology tests quickly reflected the large amount of heroin her body had received. To know if her friend Christy Giles died of a heroin overdose, forensic pathologists conducted more specific examinations, the results of which could be revealed in the coming weeks.

The theory of both the Marcela Cabrales family and that of Christy Giles is that they were both drugged against their will. The friends initially went out to a party at Soho House. With them was a third who has declined to be identified, but cooperated with the authorities.

From Soho House, the three of them went to the ‘After Hours Warehouse Party’, on the border with ‘East’ Los Angeles. There they met three individuals. At 4:00 in the morning, they said they were going to an ‘after party’, in the Hollywood Hills. The third friend, who was the one who was driving that night, decided that she would not accompany them. They left with their newly acquainted friends, who were going to the same place. Back home, they would take an Uber.

That friend testified that they both acted consistently at all times when they said goodbye.

Jan Cilliers, husband of Christy Giles, was traveling in San Francisco. On Saturday, November 13, in the morning, he tried to communicate with his wife and, failing to do so, he used an application that they both had on their cell phones, for security reasons. So he noticed that he was at an address in West Hollywood and almost 12 hours later, he ‘moved’ to a hospital in Culver City.

Unconfirmed reports published by ‘The Sun’ assure that detectives have already interviewed two of the three individuals who were with their friends that night. The men are alleged to have said they used heroin, overdosed, and was therefore taken to hospital.

“You better go with Him”

Jan Cillers had access to the latest text messages between the two women. At 5:30 in the morning, Christy asked Marcela to leave and she replied that yes, she had already asked for an Uber. At 5:32, he confirmed that the car was 10 minutes away. The shuttle came for them, but they never got off.

Today the widower and Luis Cabrales are convinced that when the friends left, someone injected them with heroin to control them. Only then would they have been able to retain them and disconnect them from the rest of the world. Both women, say relatives and acquaintances, did not use drugs and took care of their diet and health.

Marcela Cabrales was excited about this new opportunity that had opened up for her as the ‘project manager’ of a design company abroad. His behavior and way of life was not that of a person who uses heroin, his father confessed.

Hilda Marcela Cabrales Arzola would comply 27 years this Monday, November 29, when his family says goodbye to his remains. “I say goodbye to her, telling her to leave without any worries. Telling her that every day for the rest of my life I will be waiting to see her again and hug her and tell her how much I love her. And thank you for these 27 years of having been our girl “, Luis Cabrales also told Univision Noticias.

It should be noted that both the father and mother of the young woman, Dr. Hilda Arzola, agreed that their daughter’s organs would be donated, benefiting between 9 and 12 people.

Previous Aislinn, Aitana and Eugenio Derbez became the # 1 fans of Alessandra Rosaldo, in her first concert in years: VIDEO
Next America defeated Millonarios at the start of the final home run