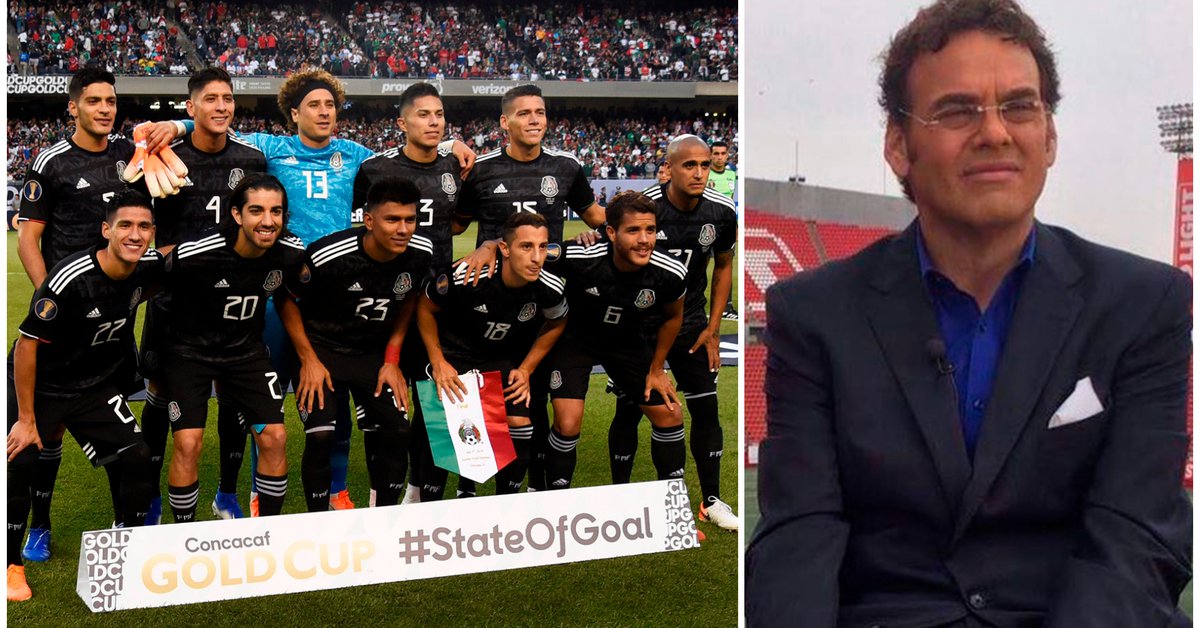 Faitelson’s harsh criticism of the Tricolor: “The US did not beat any world power”

After the defeat of the Mexican team yesterday in the World Cup qualifying for the Qatar World Cup 2022 at TQL Stadium, the Mexican fans and the press, it did not take long criticize to the team of Gerardo Martino by his action. Given this, the commentator of ESPN, David faitelson did not miss the opportunity to recriminate the Tricolor, mentioning that the USA they did not beat no world power.

“I perceive Americans as very happy, proud and even festive. Okay, I just remind you that, last night, they did not beat any world power of the game … “, wrote the Mexican reporter on his Twitter account.

The set led by Gregg Berhalter, after the victory by the fateful scoreboard of 2 to 0, was positioned in first place of the final octagonal, arriving to 14 points and matching Mexico. Only the goal difference it favored the combined stars and stripes.

The goals of the match were scored by the winger of the Chelsea, Christian Pulisic, to the minute 74. The footballer entered the exchange, due to a recommendation from the English team for his Recovery of the injury he suffered to his ankle. For its part, the second annotation was through the midfielder of the Juventus, Weston McKennie At the minute 85.

Christian Pulisic was the scorer of the first USA goal. (Photo: Twitter / @ FerCevallosF)

The city of Cincinnati it became a party with the victory of the United States over its rival in the area. They even begin to take a series of undefeated matches against El Tri, after their triumphs in the finals of the Concacaf Nations League and the gold Cup. In this way, the Aztec combo lost his undefeated in the octagonal.

After the game, in a press conference, the DT of the United States congratulated his pupils for the effort shown and the victory achieved, because they faced a team more experienced who kept his unbeaten until then. In addition, he argued that some Mexican teams did not show respect towards them, so they won it on the field.

“We talked about how Mexico did not respect us and today we went out to earn that respect on the pitch (…) The answer was intensity, we wanted to break the rhythm and tire them,” said the coach.

On the other hand, the Tata Martino mentioned that this defeat should not be taken personally, but rather that they should know how to get up immediately, after the emotional blow they suffered in Cincinnati and prepare in the best way for their next game against Canada.

Mexico’s next rival is Canada, who has just beaten Costa Rica one by zero at home. (Photo: Twitter / @ Sayso1)

“As I said before the game, it is not a question of losing three games to the United States. The situation is to be able to continue recovering in the tie, we played a tie, not a personal confrontation with the United States. I understand the importance of being a Clásico, having three defeats against an opponent that all Mexicans want to beat, but what we have to worry about the most is to redirect the tie “, declared the coach of Mexico.

Finally, the Mexico National Team could fall to Third place and in this way complicate their direct qualification to Qatar, in case of falling next week on the court of the Commonwealth Stadium Front of Maple Leaf, who are currently located below the Tricolor with one point less. Yes Panama manages to get his victory in his match would tie in points to the Aztec ensemble.

The viral request of fans to Yon de Luisa so that Chicharito returns with the Tricolor
Mexican fans attacked Gerardo Martino and asked for his resignation from the Mexican National Team
John Herdman, coach of Canada, said he was anxious to face El Tri: “I think Mexico will be hurt”

Previous Fast charging of the Apple Watch, what charger do you need?
Next What’s next for Britney? Your Instagram could give clues