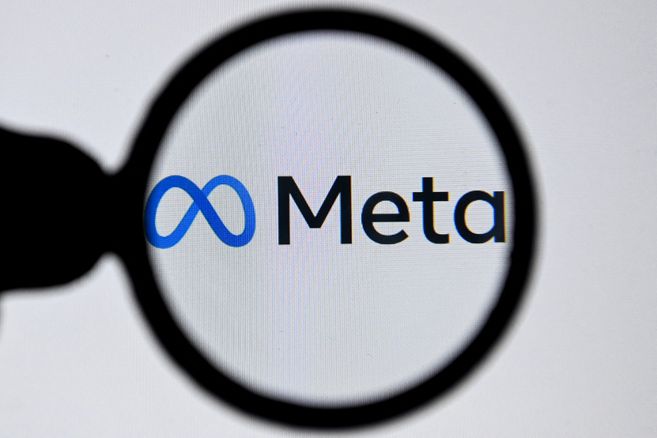 Probably one of the people who knows the most about Facebook is Cecilia Kang. The New York Times journalist is an expert in technology and regulatory policy and has closely followed Washington DC’s scrutiny of large tech corporations such as Google, Amazon, Apple and Facebook (now Meta).

This year, Kang published the book Manipulated: Facebook’s battle for world domination, (in Colombia under the Debate publishing label) of which she is co-authored with Sheera Frenkel, a cybersecurity journalist for the same newspaper. The work, the product of an investigation that took into account 400 sources inside and outside the company, tells how the company managed to become a conglomerate of unthinkable dimensions in less than twenty years and how the government of Donald Trump made its foundations shake more solid through disinformation and the dissemination of hate speech .. The publication was a stone in the shoe for the Californian company, which has discredited the investigation and today faces its worst year in terms of reputation after the revelations made by one of its former employees: Frances Haugen.

You can also read a chapter from Manipulated: Facebook’s battle for world domination

Kang spoke with The viewer about his book, which is already available in the country, about his participation in the dissemination of Facebook Papers and the company’s foray into the “metaverse”. The journalist also makes a sharp reading on the main problems of the conglomerate: the antitrust investigations against it and the revelations of Haugen, among others.

What is the most unknown user about this company?

I think most people do not know that many of the problems that have arisen are not by accident, they are due to the Facebook business model. It all has to do with the system that amplifies the most attractive and emotional content. The business depends on people getting involved, interested, and coming back more and more. Nothing you are seeing right now about the rampant spread of disinformation and hate speech is completely accidental when you have a business model that is always pushing for more people to come back often and get involved.

What was the most difficult part of penetrating Facebook and accessing all this information?

Get enough people to talk to us. It took 400 interviews before we felt safe publishing. We wanted to make sure we had multiple people in each scenario who could back it up. We also had a very long data verification process with Facebook. We wanted to make sure they had a chance to respond. And they rejected a lot of pieces, but we realized that nothing we had was wrong. They were just pushing. So that was difficult too, because the PR machine is powerful there.

Of all your findings, what surprised you the most about Facebook?

This is going to sound obvious, but what really surprised us was how powerful Mark Zuckerberg is. We already know that he owns 54% of the voting shares, that the company is organized around him, and that everyone around him is trying to please him. But we were struck by the way he was making so many decisions related to political discourse, with how the newsfeed and with the algorithms. We found a company run by an individual who has no controls over him and that was really surprising. Neither the board of directors, nor the shareholders nor the executives hold it responsible.

Read also: Facebook-Meta and the future of the internet

You have claimed that you cannot understand Facebook without understanding Zuckerberg. What aspects of your personality are reflected in the way the company deals with its crises?

Mark Zuckerberg is incredibly competitive and ambitious. That may sound typical of a CEO, but I think he is in an unusual way. We’re seeing that in his introduction of the metaverse and the change of the company name to Meta at a time when the company is probably one of the most scrutinized corporations in the world. A whistleblower has published documents of thousands of pages and there are regulators around the world who want to divide the company; however, he plunges headlong into another very ambitious new idea. Whenever you feel like you’re under pressure and competition is increasing, you act bolder.

It is like a shark. Sharks can’t sleep, they always have to swim. And I think he’s a bit like that: he always feels like he has to move on or else Facebook won’t survive.

What do you think of the moment the company chose to announce its rebrand and its intentions to take a first step towards the metaverse?

People within the company say that this is all just a coincidence in time and that they have been working on the metaverse for a year or two. But the fact that they announced a name change and with few new product disclosures was very strange. It was just days after a huge wave of international news based on the whistleblower documents.

Facebook is in an intractable situation where its reputation keeps getting worse and worse. Mark Zuckerberg believes that people will always look for the negatives rather than give them credit for the positives. So they needed to get away from everyone’s idea of ​​Facebook in the past.

Is it problematic that Facebook wants to be one of the first in the broad metaverse dynamic?

Facebook, like Apple, and many other companies see the future of technology moving towards augmented reality and virtual reality. And again, Zuckerberg is incredibly competitive and ambitious. Regulators have already expressed how concerned they are that Facebook doesn’t just want to own the hardware that takes you to the metaverse (Oculus glasses and Ray Ban), but wants to be the owner of the entire system, dominate the infrastructure and all the applications on it. I think that is very worrying for people.

Furthermore, no government, especially the US, has demonstrated the ability to create real laws that truly hold big tech companies accountable for their business models and technologies. I have heard from regulators that Facebook has no reason not to be ambitious and get into these new projects because it is not afraid. Regulation is not a real threat.

Was there any new information in the Facebook Papers for you and your co-author?

We feel that much of what was revealed in the articles supports our book. All the things were there: employee bosses warning of issues related to the spread of misinformation and the business model, users in jeopardy due to misinformation and hate speech, and a company not responding strongly enough. The biggest surprise was that the evidence is overwhelming.

Another thing that surprised us quite a bit was to see in writing how worried the company is about losing young users and how they are willing to increase the engangement (hooking) to keep users.

What is it like to deal with a font like Frances Haugen, who decides how the information is disclosed, to whom and who seems to have their own agenda?

I have only worked with her through her team, I have not spoken with her directly, but this media consortium that is taking her documents is really unusual. He had never been part of anything like this. I remember texting late at night when we were going through the first round of documents with all my colleagues saying “this is so fascinating.” I think she has contributed to a body of knowledge about the business model and the company that is very valuable. As for the way they spread it, I think it was very professional, but I have never seen such a strategic deployment. First The Wall Street Journal, then 60 Minutes, and then all the news organizations. I wonder, because it was so successful, if more whistleblowers will come out, if they will feel more emboldened.

What do you think of the attention this former Facebook employee receives from regulators and legislators?

His expertise is in the rating systems behind the newsfeed, his area is not public policy. He’s so knowledgeable about the company from the inside out that regulators find him quite compelling. However, I wonder how far they will follow their advice. For example, one of the things he says is that he does not believe in dissolving these companies. Several lawmakers in the US are a bit hesitant on that point, a lot of people want to dismember the company. I think it’s funny that they see her as an expert because she brought so much information to the public, but it is important to understand that her expertise is specific.

Facebook had free rein to acquire competitors such as Instagram and WhatsApp. Why was it allowed to grow out of proportion?

Interestingly, the most important mergers occurred during the Obama administration. At the time there was an aura around tech companies. The nation was in deep financial and economic crisis, yet Silicon Valley was growing. Many regulators expressed some concern about mergers, but it’s that the tech industry doesn’t fit easily into US antitrust laws. Courts and regulators rely heavily on one philosophy: If prices go up, there’s not enough. competence. So what about a free service like Facebook or Google? Regulators were thinking in a very seventies way about the industry and weren’t bold enough. They were very afraid that the laws would not allow them to act. It was also a time when it wasn’t popular to be mean to tech companies. It was all those things combined.

Read also: What is the metaverse and why is Facebook betting on this technological vision?

Given the scrutiny the “Big Tech” related to antitrust practices is getting in the US, what can happen in the next few years in regulatory matters?

There will be some change, but it will not be immediately. There are very ambitious and aggressive regulators appointed by President Biden at the Federal Trade Commission and at the Department of Justice. They are suing to break Facebook and probably Google. But these cases take years. In Google’s case for antitrust charges, the court hearing will start until mid-2023. By then, who knows, maybe the metaverse will really be something.

This is a very divided Congress and as much as they talk about it, it is not a priority. The priorities are infrastructure, jobs and COVID-19. So I don’t think anything is going to happen next year. And companies know it.

I’m pretty careful with social media, because now I understand the business model. It was a learning process for me to understand why my data is valuable to Facebook, Google and other companies. Personally, I do not want to give a lot of data, in particular of the members of my family. I don’t want to create fingerprints for them without their permission. But I use Twitter a lot, as a journalist I find it incredibly useful.

What do you think of the reception that your book has had?

I have been very impressed with how the conversation around social media has become so much more informed and sophisticated. When I talk to people after reading the book, I feel like they speak with much more confidence about social media. They understand the business model and it is very empowering for them once they have that knowledge. And I was very impressed by how truly important media literacy is, I think we are contributing to it.

Previous Jessica Coch, why she moved away from soap operas | When I fall in love | Mexico | MX | Celebs nnda nnlt | FAME
Next Jaime Munguía and Gabriel Rosado meet on the scale