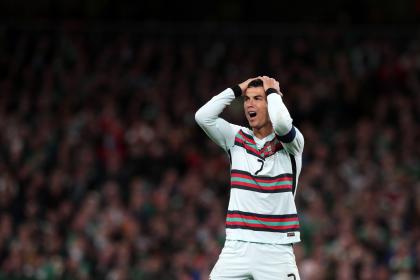 The penultimate day of the European Qualifiers ended and the decisive date immediately began. Starting this Sunday, the qualifiers with a direct quota to Qatar 2022 and those who will have to continue fighting in the play-off will be defined.

So far four teams from the Old Continent have guaranteed their presence in the World Cup: Germany, Denmark, France and Belgium.

Therefore, it is worth analyzing the national teams that are in the fight to reach the World Cup. In some areas everything is already defined, while in others the situation is totally uncertain.

Portugal and Serbia will fight hand-in-hand at the Estadio da Luz in Lisbon. The winner will have their direct place in the World Cup, while the loser will be in the playoffs. The tie would benefit the Portuguese.

Spain host Sweden in Seville with qualification at stake. While Ibrahimovic’s team must win to have their place secured in Qatar, Luis Enrique’s team with a draw will suffice.

Italy and Switzerland lead the zone with 15 points, but the European champions have the advantage on goal difference. Thus, the Azzurra will visit Northern Ireland, while the Swiss will host Bulgaria.

With the direct quota held by France, the fight for the play-off is between Finland (2nd) and Ukraine (3rd). The first, with 11 points, has the most complex task since it receives the French; the second, with 9, visits Bosnia.

Belgium is assured of their presence, which is why the playoff is between Wales and the Czech Republic. A draw is enough for the Welsh when they host the Belgians, while the Czechs must defeat Estonia by a good difference and dream of a defeat for Bale and company.

Denmark has the leadership and a place in the World Cup, while Scotland will play the playoffs.

The group in which anything can happen. The Netherlands leads for now with 20 points (+23) and both Turkey (+10) and Norway (+9) chase with 18. The Dutch and Norwegians will have a heads up in which the loser will surely be out of any possibility, while that the Turks visit Montenegro.

Russia leads the group with 22 units and Croatia pursues with 20. Both will fight each other at the Croatian Poljud Stadium. The runner-up in the world can only win to get the direct ticket to Qatar 2022.

Barring a catastrophe, England will keep the World Cup quota. They take three points ahead of Poland, have six more goals in goal difference and visit the weak San Marino. For their part, the Poles will seek the miracle at home against Hungary.

Germany is assured in the world championship and the fight is focused on the playoffs. Macedonia (+10), which for now has the second place with 15 units, receives Iceland; Romania (+3), third with 14 points, visits Liechtenstein.

Previous Apple accelerates health contracting and plans to develop new hardware and software in this field: Rumorsfera
Next Michelle Salas: this is the LUXURY PROPERTIES that Luis Miguel’s daughter has in the United States