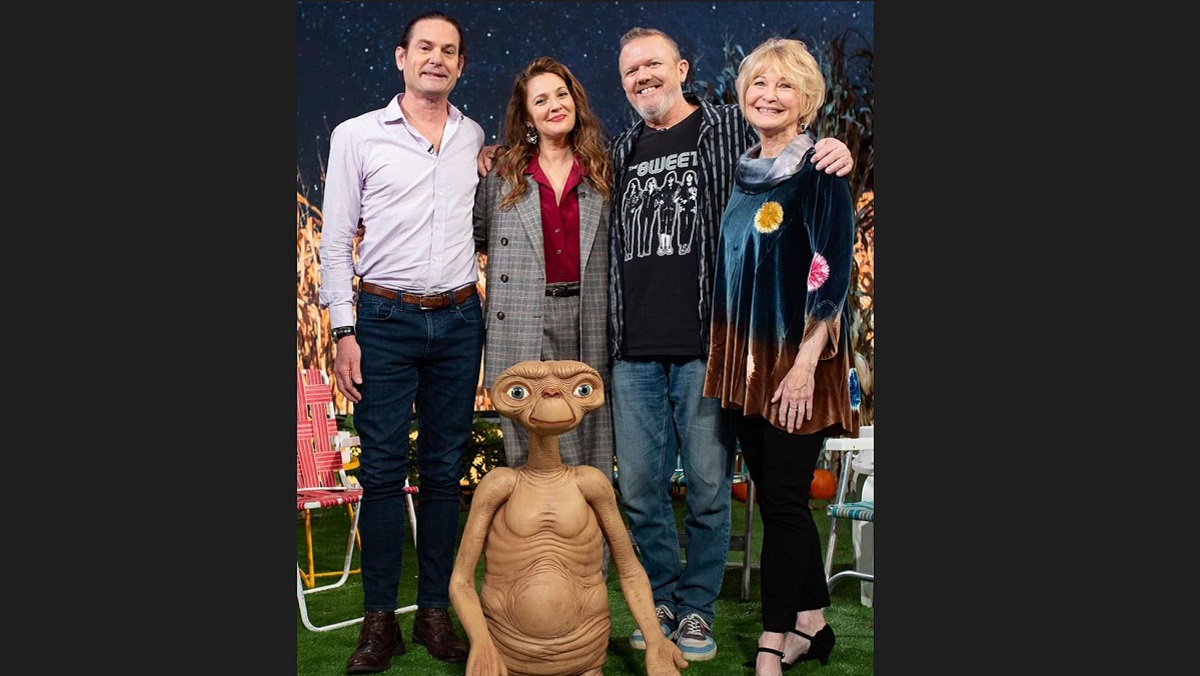 Drew Barrymore and the cast of the movie ET meet again after 40 years to celebrate the anniversary of the film, which premiered on June 11, 1982. The fact went viral on social networks.

On October 22, the actress uploaded a post on her Instagram account in which she uploaded an image of the reunion. This was celebrated by the public

The “ET” movie was directed by Steven Spielberg, and it marked a before and after in the cinema since its premiere.

The alien remained in the hearts of many and his story and friendship with little Elliott, played by Henry Thomas, is remembered by his fans.

Barrymore played Gertie in the film and years later reunited her former co-stars. The 47-year-old actress invited Henry Thomas, Dee Wallace and Robert MacNaughton to her television program “The Drew Barrymore Show”. There, the four evoked their experience during the filming of the film. This along with a replica of the alien.

The Drew Barrymore talk show broadcast aired on American television on October 31. But CBS shared previews of the chat between the actors.

During the broadcast, Drew recalled the friendship he had with the alien, confessing that he thought it was real. “Yes, I believed that ET was real. I really loved him, in a deep way, ”he expressed to his companions. He also added that she ate with him, and put a scarf on him so that he would not be cold.

For his part, Thomas confirmed what Barrymore said and recounted the following: “I remember we were on stage and it was quite cold, and you asked the lady in the dressing room if you could have a neckerchief from ET because I was going to be cold. , so you wrapped the scarf around his neck.”

Finally, in the conversation between the cast a question arose that many fans expected. Will there be a sequel? But neither showed interest after the death of the film’s screenwriter, Melissa Mathison.

Previous Jennifer’s Body Actor Opens Up About How Megan Fox Became ‘Objectified’ During Movie Premiere & Why It Broke Her Heart
Next Trump says he will “very, very, very likely” run for the 2024 presidential election | International