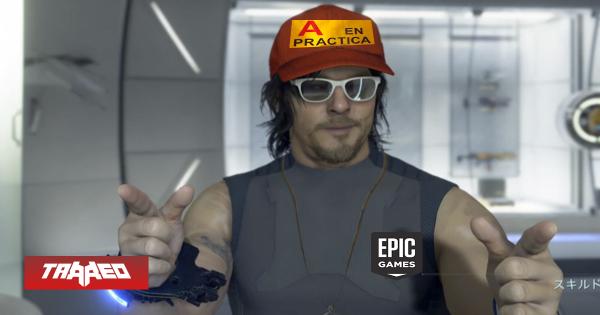 During December and as is customary every year, Epic Games gave away several titles in its game store, leaving the most important for Christmas, delivering Death Stranding Director’s Cut for PC for free on December 25. A gift that caused so much demand from players around the world that it caused the Epic platform to collapse, making it impossible to access even the store client or via the web for a few hours.

A situation that for unknown reasons also caused Epic to present the normal version of Death Stranding as its free game for that day, despite the fact that they were initially giving away the Director’s Cut. Something that is now known happened thanks to a mistake on the part of Epic Games, who recently confirmed that they always wanted to leave the standard version free and not the Director’s version, also adding that the culprit was a trainee employee.

You can read: Death Stranding Director’s Cut for PC was FREE on the EGS, but the gift crashed the site and now only the normal one can be redeemed

A NeoGaf user shared a public apology issued by Epic on the Chinese Weibo site (via LevelUp), indicating that this person, who was doing his internship at Epic, mistakenly programmed the Director’s Cut version of the game, instead of leaving The standard one was available, which was ultimately the one they planned to give away.

In the apology they indicate that “an Epic employee (currently in training) mistakenly configured the free game as Death Stranding Director’s Cut last night instead of the standard edition”, assuring that their agreement with the publisher was “that only the version would be released standard for free, and our team made a mistake.”

“We are currently in discussions with the publisher on this issue. We apologize to those who couldn’t get the Director’s Cut version and we’re very sorry,” says Epic Games.

So if that day you were able to redeem the Death Stranding Director’s Cut at Epic Games on December 25 and not the standard one, which was the one that was initially intended to be given away, you owe it to a careless trainee as indicated by Epic Games.