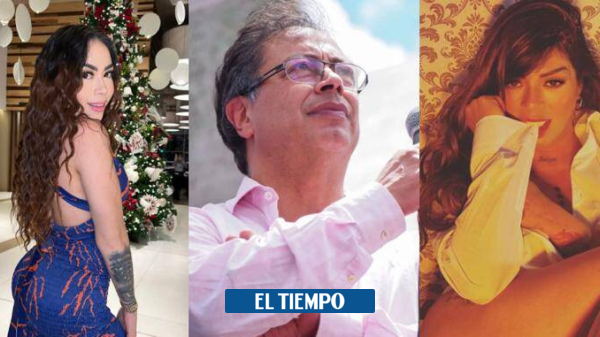 After Colombia voted last Sunday to elect Iván Duque’s successor, social networks have been filled with opinions about what happened. This time it was Epa Colombia that wanted to participate in the political debate.

Daneidy Barrera, better known as ‘Epa’, has fans accustomed to her controversial opinions. For the first round elections, the influencer confessed that she would vote for the candidate Federico Gutiérrez.

Just a few weeks ago, “Epa” appeared in a video stating that she was not sure who to support in the second round. On that occasion, Daneidy made fun of Rodolfo Hernández’s age and expressed fear of a possible Petro presidency.

Apparently all her fears were in the past because this week, the content creator He appeared on his social networks celebrating the victory of the Historical Pact candidate.

Daneidy took the opportunity to make fun of the tecnocarrilera singer, Marbelle, who had said on several occasions that if the leftist candidate won, he would leave the country.. “Epa” even stated that he would lend her house for a farewell to the singer.

“Marbelle is not gone, but she will be soon. She said that she was leaving because ‘el cacas’ was going to end the country. But we’re going to bid you farewell. Planton here in my house!” Daneidy said.

(We recommend: After Petro’s triumph, Viva Air offers Marbelle flights to other countries)

In a recording from the terrace of her new apartment, the woman from Bogotá appeared screaming with her characteristic voice and celebrating the results.

Daneidy referred to comments that if Petro won, the companies would leave Colombia. According to Epa, this is not going to happen with his keratin business and he took advantage of the circumstances to remind his followers that these have a value of 140 thousand pesos.

Silvestre Dangond on his health after leaving the hospital: “I feel better”

Marbelle to Gustavo Bolívar: ‘I fear for my life; live tasty you’