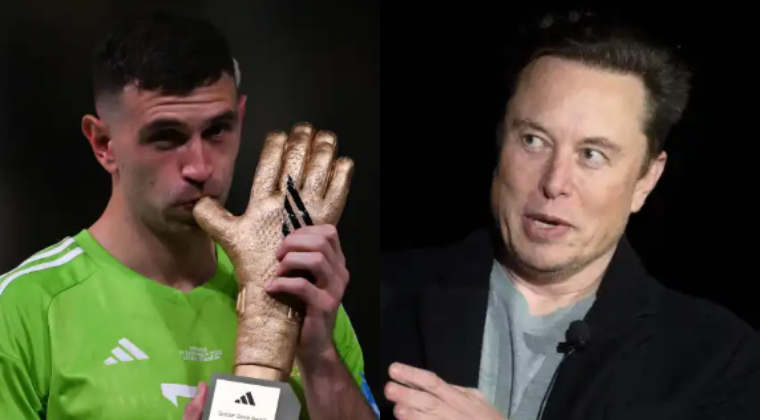 The Historic victory of the Argentina team in the World Cup Qatar 2022 continues to be on the minds of millions of fans around the world.

Nearly two weeks away from beating France in a fateful penalty shootout, one of the Argentine players who has gained the most relevance is Emiliano “el Dibu” Martínez, current Aston Villa goalkeeper.

“El Dibu” Martínez, as a result of his miraculous interventions that allowed Argentina to lift its third World Cup, It continues to be a trend and his name is mentioned more frequently after this feat.

On this occasion, “El Dibu” gave something to talk about again after the company Space Xbelonging to tycoon Elon Musk, decided to pay tribute to the goalkeeper of the Argentine team.

Also read: “I miss you”: the funny message that “El Dibu” Martínez dedicated to his teammates after Argentina’s triumph in Qatar

Through the company Innova Space, promoter of telecommunications services through picosatellites, lThe company led by Elon Musk will put a device into orbit that will bear the name “Draw” Martinez.

Read more: The viral video that shows how France would have scored a goal against Argentina and was crowned world champion

This satellite, which will receive the name of the Argentine champion goalkeeper in Qatar 2022, will be launched from Cape Canaveral in the United States by means of the Falcon IX spacecraftwhich belongs to Elon Musk’s company.

Lhe unusual action to pay homage to Emiliano Martínez took place after the outstanding World Cup of the goalkeeper of Aston Villa, who was instrumental in the white and blue triumph and received the Golden Glove award for the contest.

The “Dibu” and the selection, gave us the most immense joy to the Mar del Plata and Argentines of the country, lifting the 3rd world cup. Soon to launch our 2nd and 3rd satellite from Mar del Plata, we want to honor it by calling our mission “Dibu Martinez”. Thanks, Dibu! pic.twitter.com/5p0zCaKRyu

Previous Vermouth: how is the new social network for older adults
Next Artificial intelligence is the word of the year, for what reason