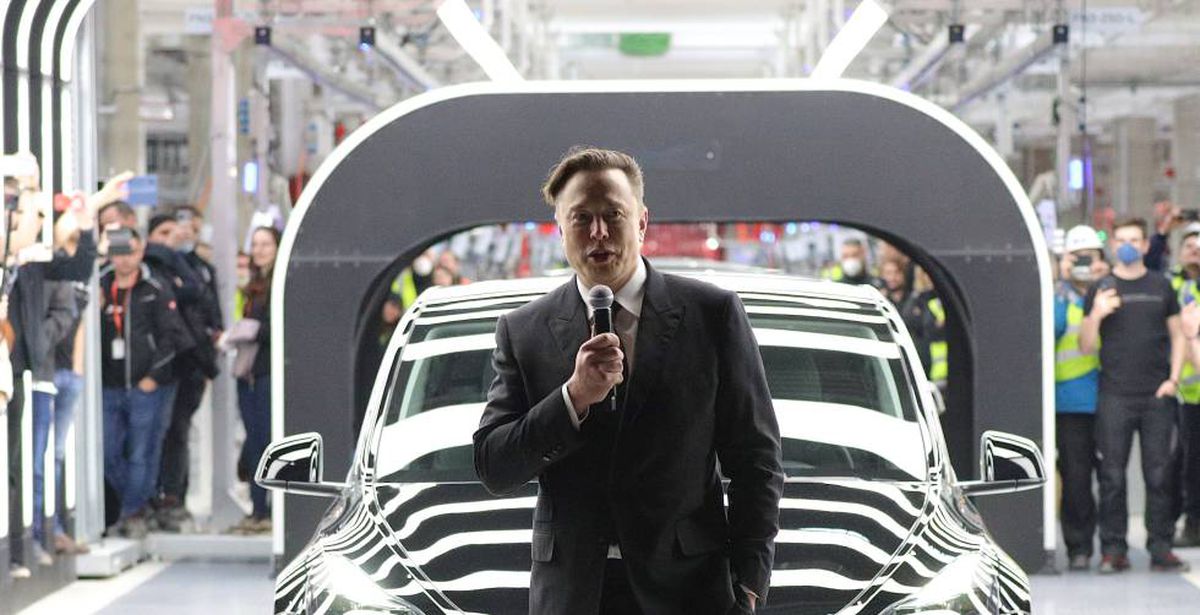 After a sweet 2021 for Elon Musk —when he was crowned the richest man in the world—, a fateful 2022. The American businessman, in the eye of the hurricane since he became the boss of the Twitter social network in October, has seen how his still vast fortune evaporated to 132,000 million dollars (124,000 million euros). Most of that drop, which has relegated him to second place in the global ranking of millionaires, is linked to Tesla’s stock market crash: in 12 months, the electric car maker he founded and runs has lost two-thirds parts of its value. A trend fueled by stock sales executed by Musk himself.

The torment of Tesla —which, however, had exponentially multiplied its market value in recent years— is by no means an isolated case among technology companies, companies that in record time have gone from living days of wine and roses — especially, during the pandemic— to be forced to apply staff and cost cuts to temper the concern of its shareholders.

The stock market crash of Meta (Facebook), Alphabet (Google), Amazon or Microsoft has caused a veritable earthquake in the world ranking of billionaires, with its founders losing positions at a forced march. Mark Zuckerberg (Meta) has gone from sixth place to not even appear among the 20 largest fortunes on the planet; Larry Page and Sergey Brin (Alphabet) drop from fifth and seventh place in 2021 to tenth and eleventh in 2022; and Jeff Bezos (Amazon) is displaced from second to sixth. Only Bill Gates (Microsoft) maintains his same position in the rankingthe fourth, although with a strong loss in the total value of his fortune, which goes from 138,000 to just over 109,000 million dollars, according to Bloomberg data.

Musk’s is, however, a case apart. Not only because he is the one who sees his assets diminished the most, but because of his erratic behavior in recent months, especially after the purchase of Twitter. Aware of the fears, the controversial and iconoclastic businessman of South African origin has sent an email this week to Tesla employees —in many cases, also affected by the shock on the stock market, because part of their salary is received in shares— asking them to calm down : “Don’t worry too much about the madness of the stock market. As we demonstrate continued excellent performance, the market will recognize it. In the long term, I firmly believe that Tesla will be the most valuable company on Earth ”, he predicted.

In a year of maximum volatility, both in the macroeconomic sphere and in the stock markets, which have suffered both from the uncertainty caused by the Russian invasion of Ukraine and from the aggressiveness with which the central banks have responded to the inflationary escalation, the aggregate wealth of the 20 largest fortunes in the world fell by 360,000 million dollars (336,000 million euros). But the blow has not been far from symmetrical: the traditional sectors have weathered the storm much better. The best proof of this is the Frenchman Bernard Arnault, top shareholder of the French luxury conglomerate LVMH (Dom Pérignon, Hennessy, Christian Dior, Bvlgari…), who a couple of weeks ago surpassed Musk and became the man most rich of the planet It had been decades since a European closed the year leading the classification of billionaires, a historical private preserve of the Americans. Everything, despite seeing his fortune reduced by more than 13,000 million.

Adani and India: the coming future

The other example of how the classic, defensive sectors have resisted the impact of uncertainty and the escalation of interest rates much better than technology, is the Indian Gautam Adani, already established as the third wealthiest man in the world. Owner of an emporium that bears his last name and encompasses a myriad of businesses—from mining to sports—he has taken advantage of the juicy opportunity offered by the energy crisis to reinforce his already solid financial position. The collapse of coal prices has been a powerful tailwind, as have bottlenecks in international trade: while global supply chains suffered unspeakably, the division of their holding company dedicated to maritime transport was made of gold.

Adani isn’t just the first Asian to land on the billionaire podium. He is also the second national from an emerging country to do so, after the Mexican Carlos Slim, who now ranks twelfth. His recent jump —a year ago he was fourteenth and until shortly before he had not even managed to sneak into the top 20— has been exponential: after doubling his fortune in 2021, this 2022 he scores a net profit of 44.6 billion dollars, an advance within reach of very few. And it contains a reading beyond the individual, of a geoeconomic order: India, a giant that is about to surpass China as the most populous country on the face of the Earth, already has two names in the bunch of eight most rich in the world The second in contention is Mukesh Ambani, the largest shareholder of Reliance Industries, another colossus with interests in logistics, energy, telecommunications or infrastructure, among others.

Despite Western dominance —17 of the 20 richest are American or European—, the strength of India and, therefore, of Asia can almost be interpreted as an outpost of the world to come: the center of gravity of trade and the economy it has already moved from the Atlantic to the Pacific; and estates, sooner or later, will follow in its wake.

From the global to the domestic. The founder of Inditex (Zara, Massimo Dutti, Bershka…), Amancio Ortega, remained the richest Spaniard in 2022, with a fortune estimated at 55.2 billion dollars. They are, however, 12,300 million less than at the end of 2021, a decrease that knocks it out of the top 20 positions, largely due to the loss of value accumulated by the textile firm, which drops almost 13% in a marked year from start to finish by the Ukrainian war. Russia was, until March, the second most important market for the Galician company by number of stores. A coup of the first order that has taken its toll on Ortega.

Previous The Last of Us: Neil Druckmann Explains Why Sam Raimi’s Movie Was Canceled
Next The arrival of the much-mentioned new striker at Cruz Azul could be stopped