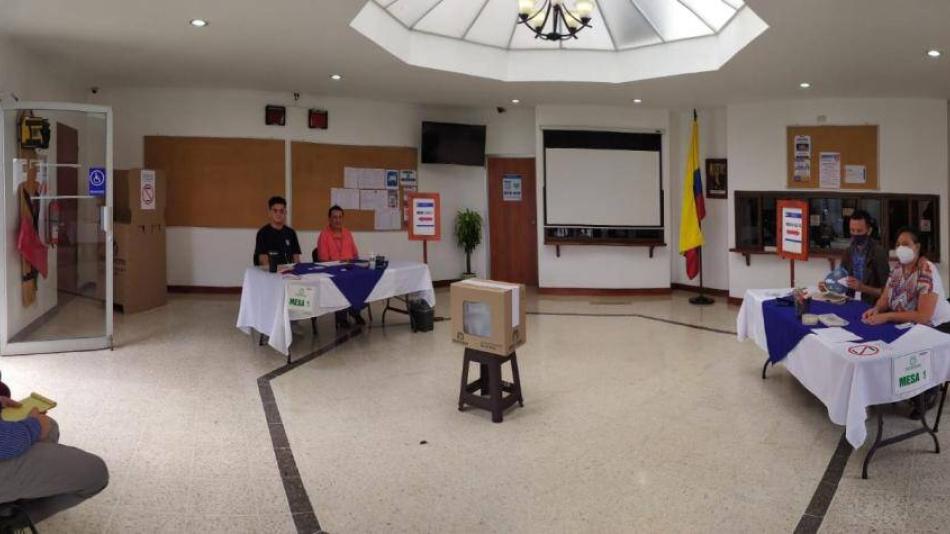 Voting abroad for the 2022 presidential second round in Colombia They took place in tranquility and calm, as reported by the Foreign Ministry through its official service.

(Read here. Presidential elections: this is how voting day goes in Colombia)

Total, 972,764 Colombians were eligible to pay in 1,352 tables installed in the 250 positions that were arranged in 67 countries in embassies and consular offices around the world.

(You may be interested in: Elections: Colombia chooses its new President between Petro and Rodolfo)

Next, we make a summary of how the day of the presidential elections went.

Spain:
In Spain, 45,946 people voted throughout the week, a figure slightly lower than that of the first round, when 46,091 went to the polls.

The sessions took place normally at the 140 tables spread throughout the country, in charge of the seven consulates.

“We had a continuous influx every day, except Saturday, when the heat wave prevented many from leaving their homes,” explained the consul general, Rodrigo Pinzón.

The total number of registered was 160,000 (75,000 of them in Madrid), within a community that is close to half a million Colombians. Among the 400 jurors – all act voluntarily and free of charge – was Sebastián Yatra, who is appearing these days in Spain.

After the concert on Saturday, he moved by car overnight to meet his early schedule on Sunday. Through his networks and through the media, he invited everyone to vote and not to vote blank.

In the surroundings they sold shirts of the Colombian soccer team and typical food. Voting closed at four in the afternoon with the national anthem.

Argentina:
In complete calm, the tables were opened this Sunday for Colombians residing in Argentina. Polling stations are available until 4 pm (local time). Keep in mind that Colombia is two hours apart from the southern country.

#Today Sunday June 19 is the last day of the #working day #electoral in the #Exterior to elect President 🇨🇴.

Don’t forget to exercise your right to vote 🗳.

Belgium:
Do you have doubts where to vote if you live in Belgium?
The Embassy of Colombia in Brussels arranged tables at Av. Louise 326 Brussels.

United Kingdom:
From London, the influx to the Colombian Consulate in London is constant, but very quiet. In fact, many citizens took advantage of the opportunity to eat and buy Colombian products.

The authorities reported complete normality at the beginning of the voting.

Ecuador:
The protest mobilization carried out by the indigenous movement and other social organizations in Ecuador affected the flow of registered Colombians who should go to vote this Sunday, diplomatic sources told Efe.

The Colombian ambassador in Quito, Manuel Enríquez Rosero, told Efe that “unfortunately,” due to the closure of access roads to Ecuadorian cities where polling stations were set up for the presidential election, “we have had a low turnout.”

According to Enríquez Rosero, of the 35,000 Colombians registered to vote in this second round of the elections, 10 percent had approached to exercise the right since last Monday, when the process began.

In the first round of the presidential election, on May 29, 6,906 people had participated in Ecuador, 3,656 of them at the tables set up in Quito, the ambassador recalled.

Opening without incident at the Consulate in London. We are waiting for you until 4 pm, to exercise your right to vote. 🇨🇴 pic.twitter.com/ujSrtJJwLS

Which points were enabled?
This document from the Foreign Ministry may help you. There you will find the list of all the voting tables enabled abroad.

More news about the elections in Colombia

– Second round: definitions through history in Colombia
– Elections 2022: the proposals of Rodolfo Hernández and Gustavo Petro
– These are the supports and power alliances that Hernández and Petro sealed