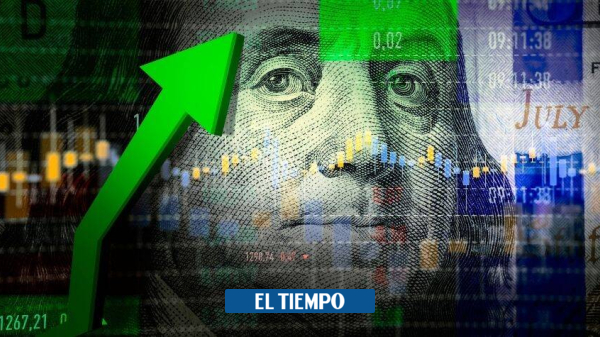 As in the first round of the presidential elections, when the surprise that Rodolfo Hernandez being in second place calmed the financial and stock markets, lowering the dollar price for a few days, a clear opposite effect is expected for this week in the behavior of financial assets after the triumph of Gustavo Petroelected new president of Colombia this Sunday.

(You may be interested in: Squeeze but don’t drown / Analysis by Ricardo Ávila)

The foregoing, according to Juan David Ballén, director of Strategy and Investment of the brokerage firm Casa de Bolsa, is due to the fact that although in the days prior to the election the polls had shown a decline in favoritism for Rodolfo Hernández with respect to the Expectation of a victory after the first round, investors had not completely discounted a victory for the candidate of the coalition of the Historical Pact.

The analyst estimates that It is possible that the price of the dollar will increase by around 5 percent over the next few days, that is, a rise of up to 400 pesos is expected which, if materialized, would take the currency to exceed 4,300 pesos, setting a new historical record, since according to data from the Financial Superintendence, the historical record was set at the start of the pandemic, when the currency reached 4,153 pesos.

(Read also: The reasons for the rise that is coming in gasoline)

Despite the good price of crude oil, Ecopetrol’s share could drop significantly in the coming days.

“That 5 percent that the dollar would rise is a magnitude similar to that presented by the dollar in Peru and Chile after the presidential elections held last year,” added the analyst.

On the stock market side, one possible scenario is that there is a negative reaction amid the good performance seen this year as a result of the Gilinski Group’s takeover bids, both by Nutresa and by Grupo Sura and now by Grupo Gilinski. Argus Group.

(Don’t stop reading: Maintaining the current strong pace of the economy is the first challenge)

For Ballén, the action of Ecopetrol would be the one that could react worse, taking into account that Petro proposed the completion of the signing of new oil exploration contracts in the country, which would mark down the Colcap index of the Stock Exchange of Colombia, since the title of the oil company has an important impact on the stock market.

This Sunday, after the results of the elections, the Colombian Petroleum Association (ACP) highlighted the importance of advancing in a responsible energy transition that guarantees energy security and self-sufficiency, national fiscal stability, and the generation of royalties for the regions.

Likewise, the analyst of this commission agent considers that the indicators of country risk and of the rates of treasury securities (TES) although they would react negatively the week that begins, they did discount the possibility of a victory for Petro, since both the country risk and the risk premium have been increasing since the beginning of the year.

But once the electoral panorama is clear, the firm’s experts believe that, once the country decides on the presidential elections this Sunday, it will be the international fundamentals that will continue to have an important influence on the future trend of assets, including the increased probability of a global recession, a process in which Colombia’s indicators look above forecasts for other countries in the region.

And another factor that over time could moderate the volatility that is expected in the coming days is if the new president Gustavo Petro moderates his tone as President Gabriel Boric has done in Chile, in Mexico Manuel López Obrador, or if maintains.

For Andrés Pardo Amézquita, Chief Strategist for Latin America at XP Investments, because the markets are closed on Monday (holidays in Colombia and the United States), the magnitude of the reaction on Tuesday will depend a lot on whether the president-elect announces the name of its Minister of Finance and the name of the selected person.

ECONOMY AND BUSINESS – THE TIME