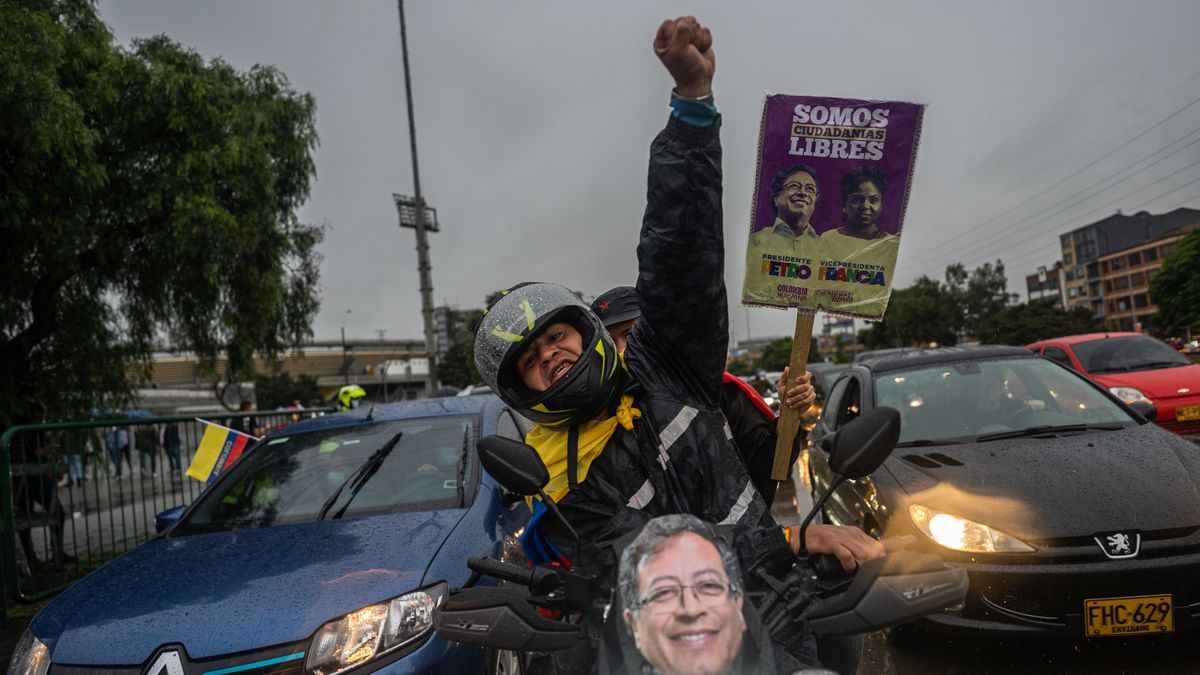 Only fifty minutes had passed since the closing of polling stations and Colombia already had a faithful political mirror before which to look at itself. That mirror reflected a new image for the country: that of its left profile, for the first time more present than the right in the two centuries since independence. Gustavo Petro passed eleven million votes and 50% of the total with an incontestable victory. He added to his coalition less than Rodolfo Hernández, who nearly doubled his first-round vote. But it was more than enough to give him a neat victory.

This victory does not come from nowhere, but builds on an evolution that began years ago. There are two ways to look at it. One is purely ideological, more sudden: the left, with Petro at the head, went from 0 to 41.7% and from 41.7% to 50.5% in just eight years.

The other, inevitably intertwined, is the political elites’ desire for change. In this, the center played its role, in the last decade as important as that of the populist left: the mathematician Antanas Mockus was the first “alternative” who managed to get through to a second presidential round. Today, if we count Rodolfo Hernández as a presence against the establishment (and it doesn’t seem justified not to: after all, he beat the traditional right-wing candidate to second place), the entire second round was dominated by populist proposals. But in the open battle for the flag of change (first between the center and the left, then between the right, the center and the left), it has been Petro who has carried it.

It has also done so with an increase in participation. The fact that the dynamics of the polls throughout the second round campaign was Rodolfo’s descent led to think that there was a bag of undecided that could favor or harm him. Put another way: it could be assumed that, to win, Petro needed to demobilize rather than mobilize. However, his victory comes with the addition of 2.7 million and an increase in participation compared to the first round.

The only possible conclusion from these data is that Petro’s left-wing proposal, with its double ideological backbone and against the elites, has been convincing enough to win through a mobilization that few supposed him capable of. It has not been a victory by chance, nor (only) by the failure of the rival’s campaign (although it has probably made it easier for them). It is based, in fact, on increases in votes in each and every one of the regions of Colombia. Even (although to a lesser extent) in the areas that he had the most against, and in which, as expected, he did not win: Hernández’s native Santander, Álvaro Uribe’s Antioquia.

The election map continues to show the division of the two Colombias: the conservative interior, the first liberal and now progressive periphery. But Gustavo Petro has managed to penetrate a little more even in the areas that were (and are) contrary to him.

Even more importantly, these increases occur even in places where aggregate turnout hasn’t grown, while spiking on the coasts, precisely the areas where it needed to produce new votes to win. The data indicates that he succeeded.

The dynamics in both things must be, yes, observed from different perspectives. In the Pacific, the vote in the first round has already risen a lot compared to 2018, probably driven by the vice-presidential formula Francia Márquez, her personal history and activism in the area, and her ability to activate the vote afro through the strong argument that she could be the first vice president of this origin in Colombia. But it was possible that Marelen Castillo, also an Afro-descendant woman, canceled part of this effect. However, this does not seem to have been the case, and the result of participation in the poorest area of ​​the country and with the greatest logistical difficulties represents a historical milestone that will have to be seen if it is sustained in future elections. In the Caribbean, on the other hand, these increases were relatively feasible insofar as the first-round turnout was lower than expected, but the fact is that they did occur, and here it will be necessary to analyze in detail what were the mechanisms that triggered them now, but not on May 29.

But, beyond these mechanisms, the first data underscore that Petro won the first presidency for the Colombian left through a strategy of mobilization, rather than demobilization. It has not been just a matter of lowering the rival’s bar, but of raising one’s own. And this would not have been possible were it not for the fact that issue by issue, issue by issue, the median voter is between the center and the left.

Colombia is becoming a less conservative country than many (especially Colombian conservatives themselves) seem to believe. And the results of the 2022 presidential elections only confirm this hypothesis.