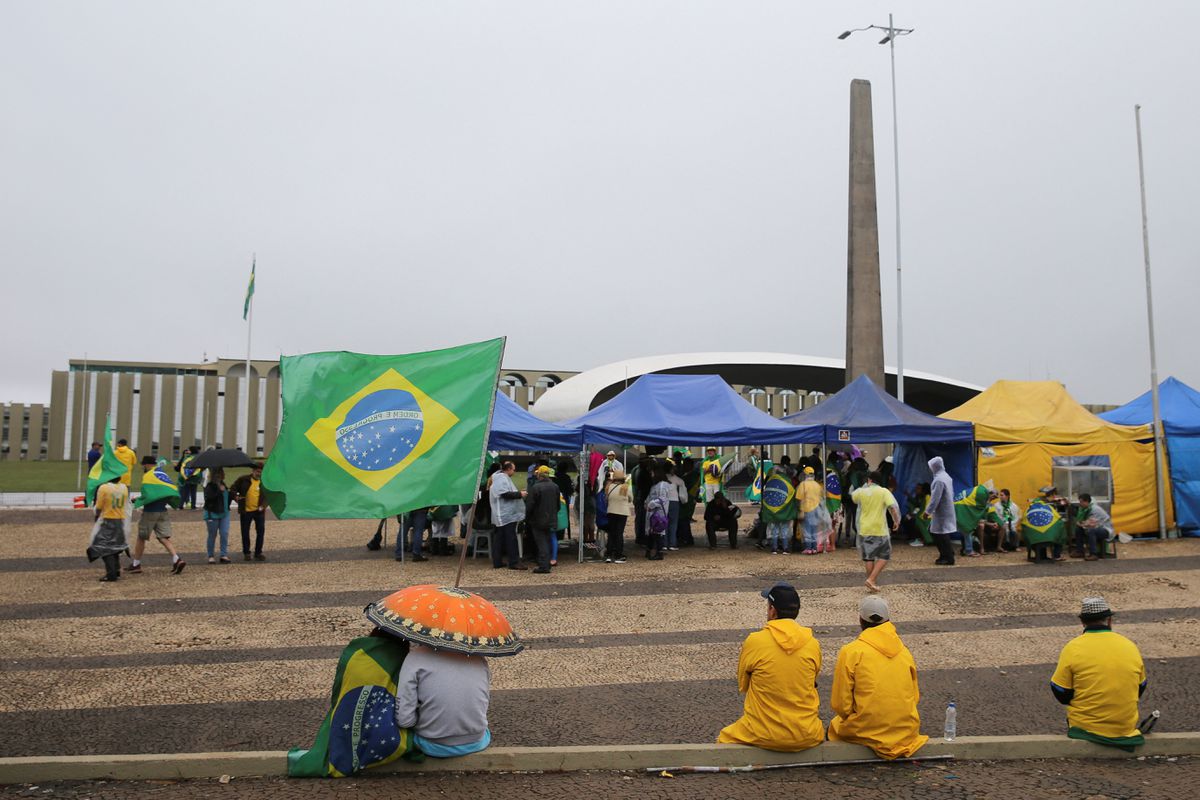 Election results: Brazil undertakes the transfer of power from the Bolsonaro government to Lula’s team | International

The transition officially begins in Brazil far from the noise of the fading Bolsonaro protests over the electoral defeat of their leader. The team of the future president, Luiz Inácio Lula da Silva, met this Thursday in Brasilia with two ministers from the Government of Jair Bolsonaro, who narrowly lost the closest elections in the history of Brazil. “It has been quite a fruitful conversation. Very objective”, declared the elected vice-president, Geraldo Alckmin, whom Lula has appointed coordinator of the team for the transfer of powers after the meeting in the Planalto palace. The representatives of the Workers’ Party (PT) returned to the seat of government for the first time since the removal of Dilma Rousseff in 2016.

One of the ministers, the reserve general Luiz Eduardo Ramos, congratulated them on the victory, unlike his boss, who, after a silence of almost 48 hours, avoided verbally acknowledging his defeat and congratulating the winner, but at the same time authorized his Cabinet to initiate the transition. The far-right was doing a tightrope walk to please his most extreme followers, the driving force behind the movement he leads, and to comply with the law.

The protests of the Bolsonaristas convinced that there was fraud are gradually subsiding after the president asked them on Wednesday night to lift the roadblocks because “they harm the right to come and go” of citizens and the economy. Immediately afterwards, he endorsed the protests calling for a military intervention to prevent Lula, a leftist who leads a broad coalition, from assuming power by saying that “the other protests, the demonstrations that are taking place throughout Brazil, are welcome, they are part of the game democratic”. The president prefers to notice that they are peaceful and ignore his coup character.

A few hundred people gathered again this Thursday in front of the Army headquarters in São Paulo in a pilgrimage atmosphere. Much less than the day before, a holiday, when there were similar concentrations in many capitals. The national anthem plays over the loudspeakers, there is a banner with the slogan “SOS Armed Forces. We need your help”, and a group prays the Our father next to a young man holding a cross. Most of those present have gray hair.

Meanwhile, the Superior Electoral Court is rushing to close, with the help of the big technology companies, the groups on social networks that are calling and coordinating the mobilizations. The president of the court, Alexandre de Moraes, said this Thursday that “whoever contests the election in anti-democratic acts will be treated as a criminal.”

Dentistry student Joyce Tamares, 24, who wears a Brazilian flag as a cape, emphasizes that “demonstrating is not a crime” and warns: “Unfortunately, if Lula comes to power, there will be a impeachment, as with Dilma (Rousseff, dismissed in 2016)”. He explains that he is mobilized because he considers that there was fraud from the moment that Lula was authorized to run in the elections.

Eduardo Heleno, a specialist in Strategic Studies and Defense, recalls that the demonstrations in front of the barracks, like those on Wednesday throughout the country, are nothing new. Bolsonaro was already leading protests in the 1990s in Rio de Janeiro by wives of soldiers demanding decent wages.

This is how this expert interprets the signals emanating from the Armed Forces and the military police since the Brazilians voted and decided that as of January 1, Lula will assume a third term. “We have a silence from the highest chiefs of the Armed Forces, which means more respecting the institutions and the electoral result than supporting Bolsonaro. The initiative of the vice president, General (Hamilton) Mourão, to initiate the transition with Geraldo Alckmin further isolated Bolsonaro. And the colonels of the Military Police have been important in achieving the reduction of (road) blockades”, he details.

Among the soldiers, the humor is different: “In the lower levels there is a declared support for the protests, more visible in the police, but present in the Armed Forces, and that is worrying in the short, medium and long term.”

Heleno explains that the calls for military intervention are based on an erroneous interpretation of article 142 of the Constitution which, converted into fake news, penetrated long ago in the ranks of Bolsonarism. And it points to a serious consequence: “There is a generation of middle managers (of the Armed Forces) influenced by this Manichaean manipulation that understands that the political left is an enemy, a political force that must be limited by the military with popular support.”

Proof of the scope of disinformation, the Army has tripled its followers on Instagram (from two to six million) since Monday because it circulated through networks that, if they reached 20 million, would intervene.

The organizers of the protests, who hide in anonymity, intend to keep up the pressure at least until Sunday. You can count on lawyer Émerson Silva, 49, who arrives at the gates of the Army headquarters in São Paulo on a motorcycle straight from work. He was on Wednesday, intends to return on Friday and does not rule out planting a tent over the weekend. He argues that the electronic ballot box elections violated a series of constitutional principles such as transparency. For Silva and a good part of Bolsonaro’s followers, the proof of the fraud is the crowds that the far-right candidate gathered throughout the campaign, unlike the leftist Lula’s rallies, which are always less crowded, according to them.

Subscribe here to the EL PAÍS América newsletter and receive all the key information on current affairs in the region.

Previous Did you notice Rhaenyra’s “tribute” to Daenerys that hid the end of ‘The House of the Dragon? – series news
Next Twitter employees today receive an email telling them if they are fired or not | Economy