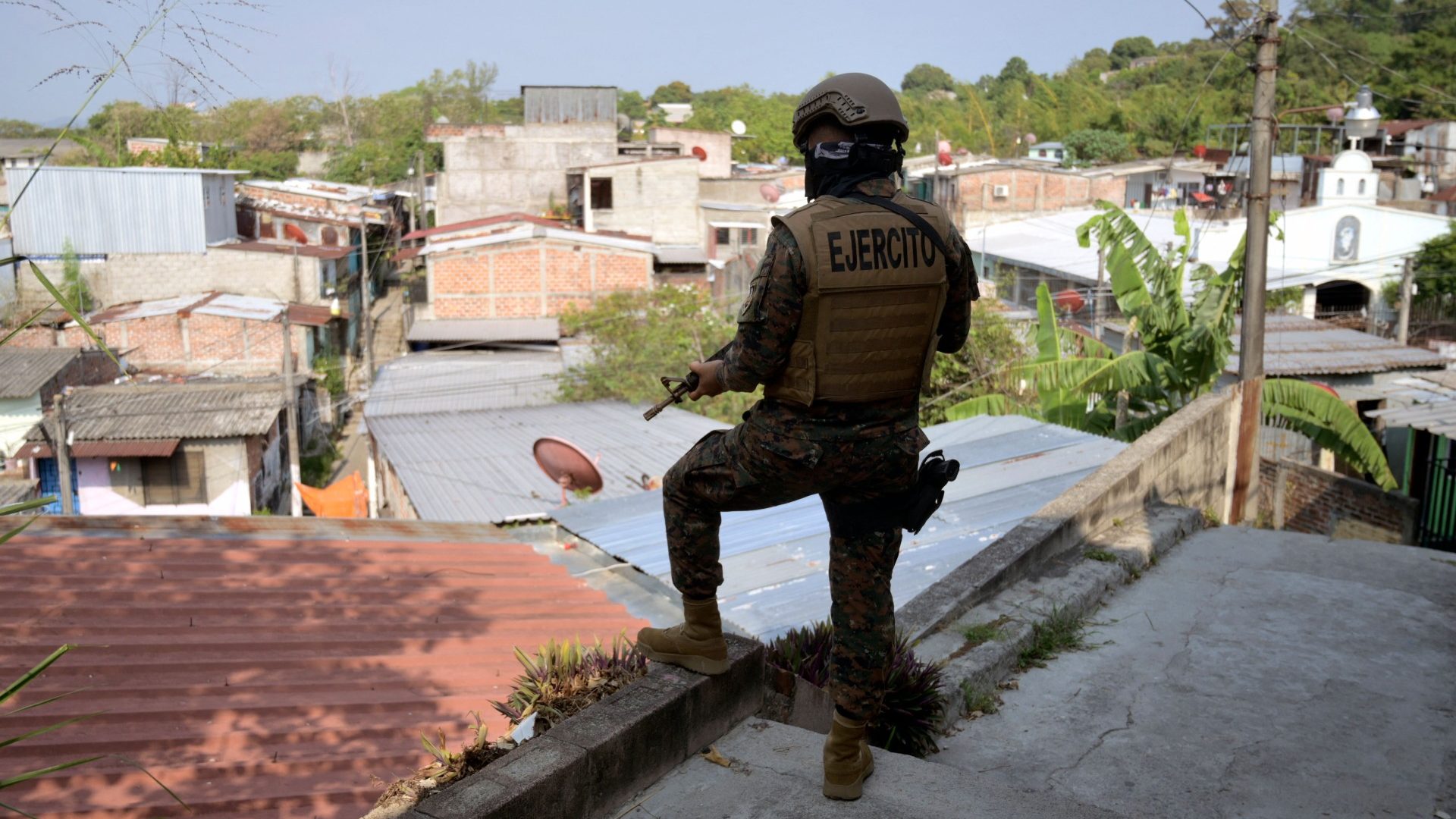 (CNN Spanish) — The president of El Salvador, Nayib Bukele, announced that construction work has begun on the Terrorism Confining Center. It is a new prison, far from the cities, which will have several levels of walls and 37 watchtowers, something that, according to the president on his Twitter account, will make “an escape impossible.”

Since the end of March, when the emergency regime was implemented in response to a spike in violence that in a single day left 62 murders, the government of El Salvador has captured more than 41,000 people, according to the public security authorities of the country.

“Now we must build a penitentiary center to intern the tens of thousands of terrorists who stalk our country,” added Bukele on Twitter this Tuesday.

New extension to the exception regime

The announcement of the construction of the mega-prison coincided with the discussion in the Legislative Assembly of a third extension of the emergency regime, which was approved with 67 of 84 votes.

“From this Assembly, we are giving the legal tools to combat the gangs. Our commitment is to ensure the safety of the people,” said Deputy Rubén Flores, of the ruling Nuevas Ideas party.

The regime suspends constitutional guarantees, such as freedom of association and the right to defense, and extends provisional detention from 72 hours to 15 days. In addition, it allows the authorities to intervene in telecommunications without the need for the authorization of a judge.

For its part, the political opposition voted against the measure because they consider it unnecessary. “There are many innocent people who are detained there without a trial because in El Salvador, with the exceptional regime, the principle of innocence is broken,” said deputy Marleni Funes, of the leftist Farabundo Martí National Liberation Front, FMLN.

Organizations such as Amnesty International criticized the continuity of the emergency regime and requested, unsuccessfully, the suspension of this measure, after a report released in June revealed that it has violated human rights.

“They do not live here, they have not suffered the fear that thousands of Salvadorans have had to suffer in this country,” said Guillermo Gallegos, deputy of the Great Alliance for National Unity, a party allied with Bukele, downplaying criticism. to the exception regime.

A public hearing of the Inter-American Commission on Human Rights is scheduled for this Thursday in which Amnesty International and human rights organizations from El Salvador will give a report on the human rights situation in the country during the emergency regime.