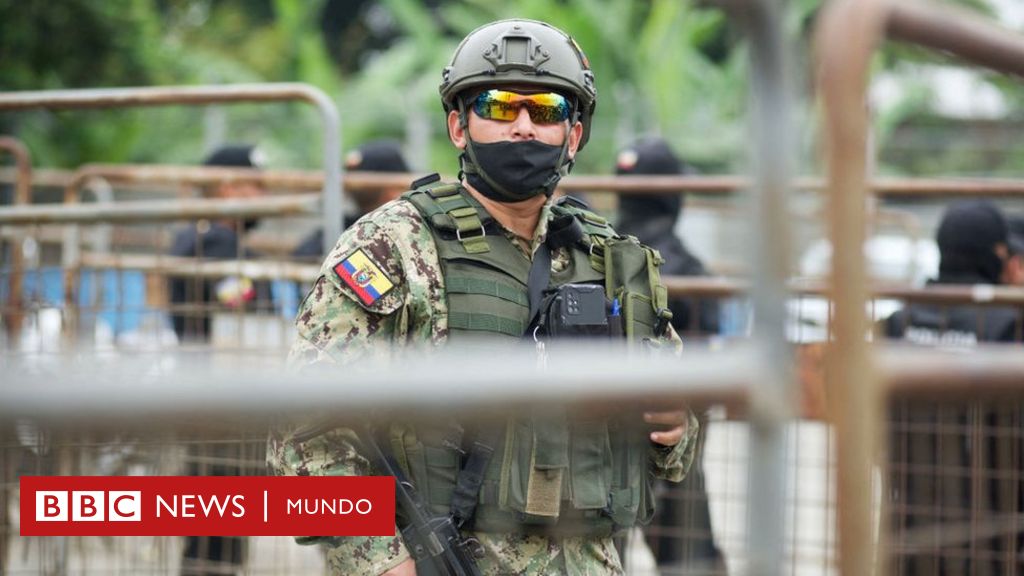 Ecuador: the heads of prisons and the Armed Forces resign due to the crisis in the Litoral de Guayaquil prison

The serious crisis that the penitentiary system is going through in Ecuador caused important changes in the responsible institutions of that country.

President Guillermo Lasso accepted on Monday the resignation of the general director of the National Service for Comprehensive Attention to Adults Deprived of Liberty (SNAI), Bolívar Garzón, as well as the head of the Joint Command of the Armed Forces, Vice Admiral Jorge Cabrera.

Garzhe had less than 50 days as head of the prison system.

These resignations occur after the weekend occurred a new clash between rival gangs in the Litoral Penitentiary, in Guayaquil, which left 68 dead.

Last September there was a similar incident in that same prison that resulted in 119 deaths, becoming the deadliest riot in the history of Ecuador.

This replacement occurred after a meeting between the Ecuadorian president and the heads of the Armed Forces and the National Police.

As reported by the Ministry of Communication – quoted by the newspaper El Comercio – that meeting was aimed at define “actions to continue executing in the face of the prison situation”.

The military forces are not authorized to act inside prisons in Ecuador, so their responsibility is usually limited to the surveillance of the external perimeter of these precincts.

This Tuesday, Lasso met with representatives of the other powers of the State on the occasion of the prison crisis.

At the end of the meeting, the president said that they were facing one of the greatest crises that Ecuador has faced in recent decades and that they had agreed “joint actionss to provide a comprehensive response to security citizen “.

He thus announced the adoption of a “National Agreement for the Prison Crisis”, of immediate application, which includes several measures, among which the indefinite coordination between the Armed Forces and the National Police to maintain order and security inside and outside the prisons.

The seven-point plan also provides for a process of dialogue and pacification, legal reforms and the granting of humanitarian pardons and procedural benefits, among other measures.

The establishment of tables for dialogue between the state and citizens that, among other purposes, will seek to accompany a “comprehensive process” to the affected families.

On the other hand, the Communication Secretariat of the Presidency announced that a joint operation between the Armed Forces and the National Police had managed to regain “total and absolute” control of the Guayas N.1 Center for the Deprivation of Liberty, also known as the Penitentiary from the Coast.

On Monday afternoon, on the national channel Guillermo Lasso, announced the creation of a new criminal offense against the leaders of the mafias.

“They will not be able to continue avoiding their criminal responsibilities by hiding behind their henchmen. That is why we will typify the new crime of authorship by domain of organization. In other words, the gang leaders will also pay for the crimes they order their accomplices to commit, “Lasso explained.

According to the newspaper El Comercio, Lasso also anticipated that he will again decree, as many times as necessary, the State of Emergency in the country’s prisons, “and we hope to have the support of all the institutions.”

In addition, he announced that he will assume the national coordination of the forces of order.