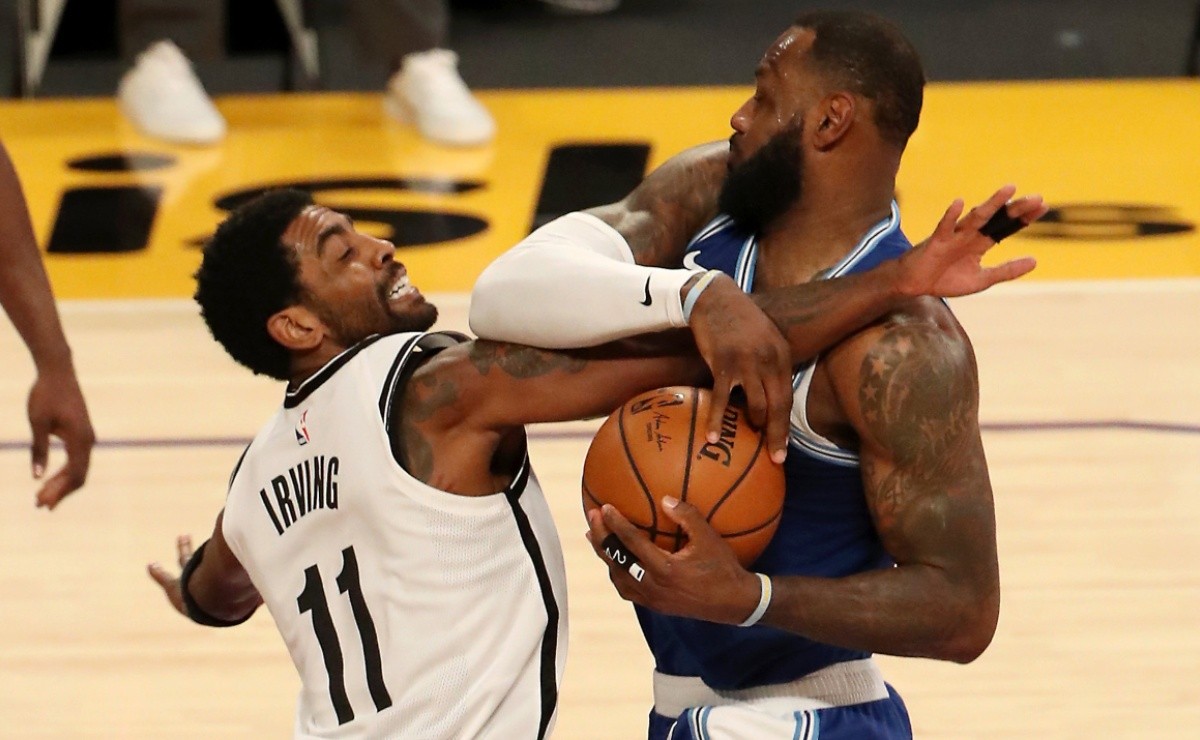 The rumor of the possible arrival of Kyrie Irving to the Los Angeles Lakers gains strength with the version that he had already spoken with LeBron James to play together again in the NBA.

A bombshell exchange in the world of the NBA begins to cook over low heat and each new version that comes out in the press leads to a path that excites fans of Los Angeles Lakers. doKyrie Irving will play with again Lebron James?

The rumor began in the NBA due to information provided by Shams Charania, from The Athletic portal, about how the talks for Irving’s renewal with the Brooklyn Nets were going. the partner of Kevin Durant He has one more year left on his contract for more than $36 million if he decides to use the player option.

In the event that Kyrie Irving does not want to continue with the Nets, a version was installed that the team that would be the greatest threat to go for the point guard is Los Angeles Lakers. LeBron James would have everything to get excited about because he did not do badly with the seven-time NBA All-Star.

LeBron and Irving they reached three NBA Finals, won the 2015-16 season title with the Cleveland Cavaliers and ‘The king’ he averaged 25.5 points, 7.4 rebounds and 7.8 assists per game in 183 games he played with Kyrie.

Operation Irving to Lakers: Kyrie would have talked with LeBron to play in LA

According to Marc Stein, a journalist who covers the NBA, Kyrie Irving had any recent contact with LeBron James to discuss a possible arrival of Kevin Durant’s partner to Los Angeles Lakers. Will it be given for the 2022-23 season? Time will tell.