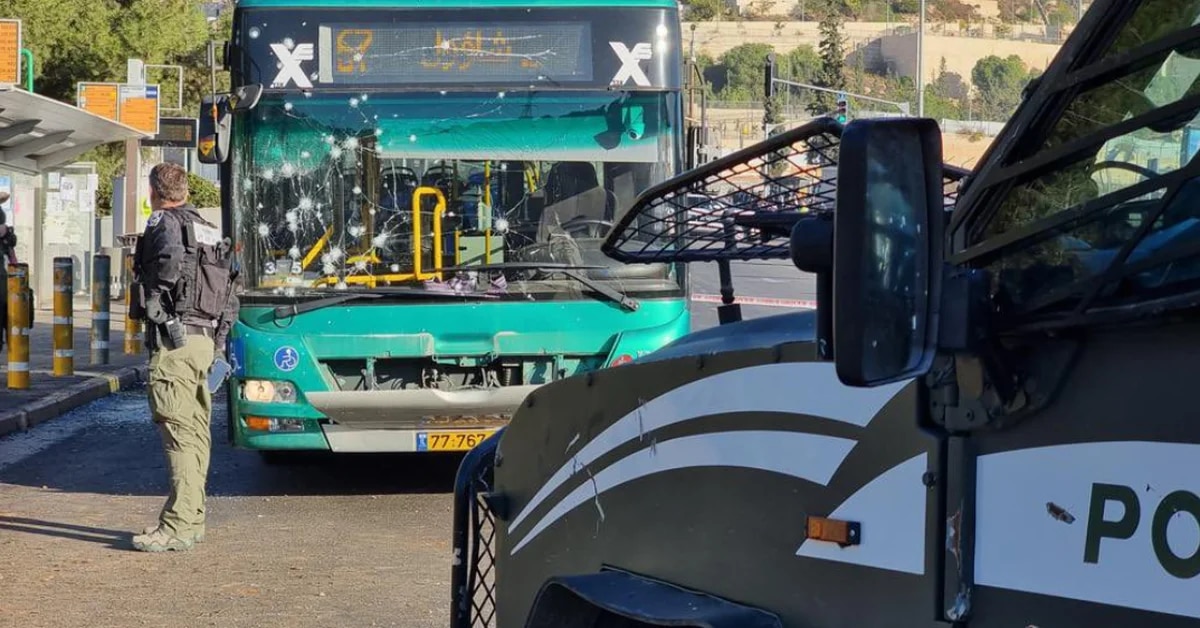 Double terrorist attack in Jerusalem: at least one dead and 14 injured

One dead and 14 wounded left a double bomb attack in the capital of Israel. (TWITTER)

One person died and at least 14 were injured in two explosions at two different points in Jerusalem, in incidents that could point to possible attacks with explosive devicesaccording to the police forces.

Early in the morning, there was a first explosion at a bus stop that left at least 12 wounded. All of them were transferred to nearby hospitals, three are in critical condition and one of them he was pronounced dead shortly afterthe Maguén David Adom emergency service and the Police reported.

Shortly after, there was another explosion at a bus stop in the Ramot colonyin occupied East Jerusalem, where three people were slightly injured by splinters, according to the medical emergency team United Hatzalah.

Early in the morning, there was a first explosion at a bus stop that left at least 12 injured. (Reuters)

Police are looking for possible suspects in the affected areas cut several access roads to Jerusalem and suspects that it was a “terrorist attack”, which would be the first of its kind in Jerusalem in years.

As specified, a first inspection at the places of the explosions “shows that different explosive charges were placed at both scenes”, in which it indicates “a possible combined attack”.

Given what happened, the outgoing prime minister, Yair Lapidsummoned a security meeting at 12:00 local time to discuss the situation.

For now, no Palestinian faction claimed responsibility for the blastsalthough the Islamist group Hamas did celebrate the attack.

A first inspection at the places of the explosions “shows that different explosive charges were placed at both scenes”, indicating “a possible combined attack”. (Reuters)

“We congratulate our Palestinian people and our people in the occupied city of Jerusalem for the heroic operation,” Hamas said in a statement, where it considered that this incident “is the result of the crimes of the occupation (Israel) and the settlers.”

“It’s a tough morning. We are experiencing a chain of events that has not started since this morning,” Otzma Yehudit faction leader MK Itamar Ben-Gvir said at the scene.

“Yesterday they assassinated Tiran [Ferro] and they seized his body. An attack in Ariel, two attacks in Kiryat Arba and all the attacks of the previous months, in which, miraculously, we did not count dozens of victims, ”he denounced.

So far, no Palestinian faction has claimed responsibility for the blasts, although the Islamist group Hamas did celebrate the attack. (Reuters)

“I, of course, share the pain of the families, I wish the full recovery of all the injured and I say very clearly: We have to break this chain, we need them to pay a price for terrorism. This means going back to targeted threats, it means ending prison abuse.”

He also visited the injured at the hospital and spoke with their families.

Responding to the news of the attacks via Twitter, the Prime Minister-designate Benjamin Netanyahu He said he is “praying for the health of those injured in the coordinated terrorist attack in Jerusalem this morning and I send my support to the security forces operating on the ground.”

A terrorist killed three Israelis in an attack in the West Bank and was killed
The President of Israel officially appointed Netanyahu to form a government
Video: The advance of kamikaze drones, the most feared weapon system by the armies of the world

Previous The famous actress Chloë Grace Moretz spoke about how a meme ruined her life
Next Summary of the match Spain vs Costa Rica (7-0). GOALS”Half time