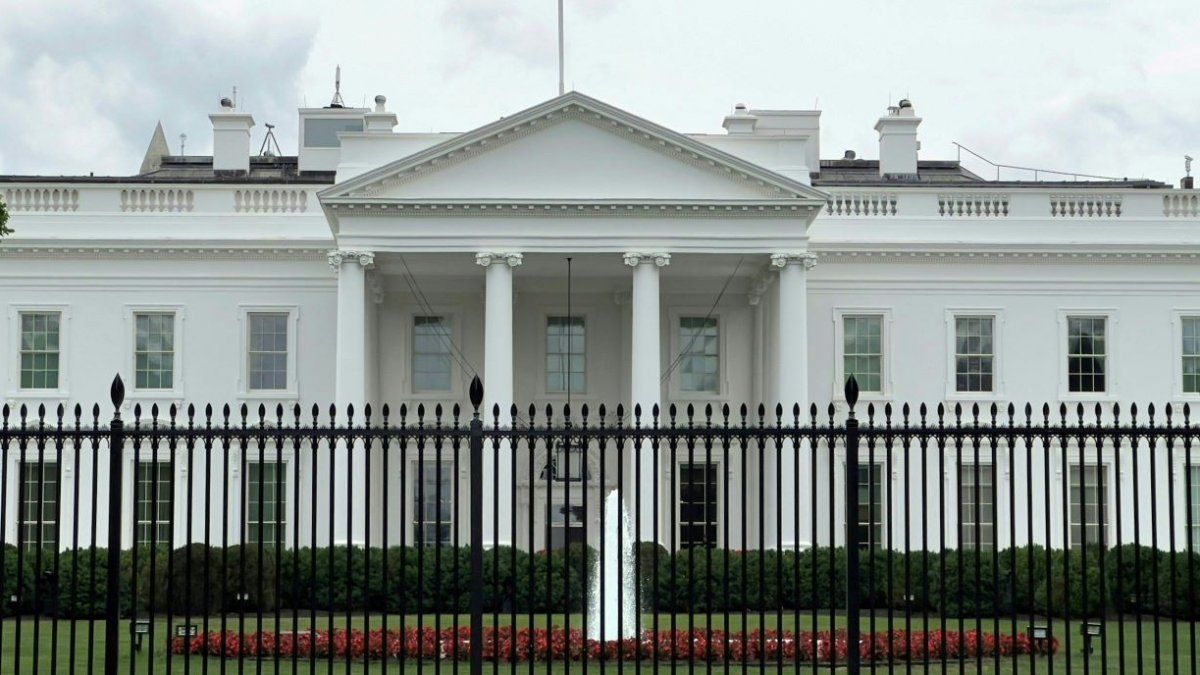 And it has truly been like that, Biden turned everything upside down to [mal]. The head of the White House one day blames the oil companies, another on Russia’s war in Ukraine encouraged by Washington and the next on COVID-19. The desperation becomes more and more noticeable, in addition to being used thoroughly and using “smokescreens” to divert public attention.

The disinformation campaigns about firearms, the war in Ukraine, abortion, the illegitimate commission to investigate the events on Capitol Hill and their media show in the liberal media along with their accusations against the US oil industry are part of the political game used by the left when facing severe crises.

Neither the war in Ukraine, nor the pandemic, nor January 6 at the Capitol, nor the campaign against firearms, nor on board; Nothing has worked so far for the White House to manipulate public opinion and convince the majority of Americans.

More than a third of the White House press team has resigned in recent weeks over demands for a better job to convince Americans that the country is doing well.

The journalists decided to leave due to the president’s lack of understanding or for refusing to sweeten a visibly adverse reality for the entire country.

Inflation in the US reached another record in May, reaching 8.6%, the index that measures consumer prices. The value of oil does not yield and experts predict worse months; even above 130 dollars a barrel of crude oil at times when they fluctuate between 115 and 123 dollars.

Biden lashed out this week against the US oil industry and blamed the oil companies for high gasoline prices, when it was he – boosted by an extreme leftist agenda – who ordered to stop production and exports through executive orders that he signed since the first day in the Oval Office.

“The fossil fuel industry is obsolete and polluting, from my first day I will begin the transition to clean energy. Enough of oil, it’s time to transform that industry, ”said Biden when he was still a candidate for the Presidency.

The extreme left and the blame of others

A letter from Biden, sent to seven major oil companies, has been the most direct warning in his campaign to blame this industry for runaway inflation.

The average price of fuel in the US is now $5 per gallon of regular gasoline, up from $2.22 at the end of December 2020, less than a month after former President Donald Trump left office.

Blaming the Ukraine war hasn’t worked for Washington’s advisers either. According to surveys, more than 68% do not believe that the Russian invasion is a cause of the inflationary levels in the US.

For her part, Treasury Secretary Janet Yellen was forced to publicly acknowledge her mistakes on inflation and left open the possibility of her resignation in an interview.

Jerome Powell has been left with no other option than to abide by the serious errors of the Federal Reserve (Fed or Central Bank) induced by the Biden administration, unlike the efficient measures that were implemented since the beginning of the COVID-19 pandemic to give way to a rapid and solid economic recovery. The brake came with the new government and its derailed policies on climate change, open doors to immigration, war on fossil fuels and subordination to reforms of the extreme left.

“In hindsight, … it would have been better to have started raising rates much earlier,” Powell admitted last month, in an interview with The Wall Street Journal.

The situation has become so convulsive that the Central Bank has just raised interest rates by 0.75%, the biggest hike since 1994. Previously, it had made two: one of 0.25% and another of 0.50% between March, April and May of this year.

This is the third consecutive increase and takes the federal reference rates to a range of 1.50%-1.75%.

According to Powell, the aggressiveness with which the Fed has been forced to act will not severely damage the economy, another argument that experts disagree with.

The Federal Reserve chairman also announced that another 0.75% hike in July was very likely, which would set the federal rate at 2.25%-2.50%.

At the beginning of the pandemic, one of the measures was to lower rates to zero and 0.25% to stimulate investment, maintain confidence in the financial system, strengthen the dollar and pull the economy out of recession after the pandemic, among other objectives.

Wall Street entered what is called a bear market on June 13, after fears of a weakening economy and rising interest rates sent the S&P 500 down more than 20%, below its record high. established at the beginning of the year.

But advisers seem to be giving Biden speeches that are far removed from reality, almost by way of complacency.

“My administration is prepared to use all reasonable and appropriate tools of the federal government and emergency authorities to increase refinery capacity and production in the short term, and to ensure that every region of this country is adequately supplied,” Biden pointed out in his letter, without detailing – as is customary – what kind of actions he could take.

“The crisis families are facing deserves immediate action. Your businesses must work with my administration to come up with concrete solutions,” he added.

The US economy does not function with political agendas of a socialist nature, but with respect for the foundations of its structure through [leyes autónomas probadas] that promote, regulate and develop markets, consumption and production. Wanting to transform the western capitalist system is the worst mistake of the new Democratic Party in the US, led by the socialist trend sweetened with the definition of (progressive), when it really represents retrogression, degradation and destruction, [nunca progreso].

The American Petroleum Institute (API), which represents the industry, said capacity has been cut as the Biden administration tries to distance itself from fossil fuels as part of its climate change agenda.

“In a letter to President Biden and his cabinet, I reiterated 10 important policy actions to ease consumer hardship and strengthen national security, including approving vital energy infrastructure, increasing access to capital, holding energy auctions, among other urgent measures,” Sommers pointed out.

In Biden’s eyes, refiners take advantage of “wartime” uncertainty and already some far-left lawmakers have proposed acting against corporate windfalls, as socialist regimes do.

The White House reaction to inflation arrives [demasiado tarde]after almost a year of turning his back on a crisis that worsened month after month with the alert and warnings of economists, Republican legislators and independent analysts.

Those below pay the waste

Consumers are increasingly suffering from high prices and getting into debt like never before.

US household debt has risen by more than $320 billion in 2021, with no exit in sight, much less the government can even explain or offer any assurance of anything. The figure is the largest nominal jump since 2007 and the largest increase in more than 8 years.

Retail sales fell 0.3% in May. The report highlighted how consumers have stopped buying products that were in high demand during the pandemic.

On the other hand, sales at furniture, home goods and electronics stores fell 1%. Those of articles for construction, gardening and general merchandise also showed a decline.

Online orders fell 1%, as customers return to stores. Meanwhile, food sales in stores increased 1.2% due to high prices, not consumption.

The sharp decline in car purchases, due to exacerbated prices and inventory shortages, depressed the total sales figure.

The desperation in Washington is such that next month Biden is scheduled to meet with the Saudi dynasty, which he said had to be “turned into a pariah”.

The head of the White House decided to face severe criticism from dozens of legislators and senators from his own Democratic Party, while human rights activists accuse him of [vender su alma por petróleo]. That’s how incongruous and unpredictable things are today in Washington, but something different could not be expected.