Differences between hibernate, suspend and shutdown in Windows

When we turn off the equipment, it is closes completely, which means that all tasks, programs, files that are running and everything else you are doing are finished. Therefore, if you have left something open before proceeding with this action, it may ask you if you really want to close it.

Does not consume energy while it is not being used and, in addition, you can unplug the power cord without risks. It is the ideal option so that processes are closed well, programs are updated and errors in the use of the equipment are avoided to a greater extent. For this reason, in many of the problems that occur with computers, one of the frequent solutions is to turn it off and on again.

If we opt for this option, the PC enters a mode of minimal power consumption to keep the RAM memory turned on, since that is where the system state is stored so that you can return to open windows and applications when you return.

The reason for resorting to it is that you can immediately use it again, as well as the processes you were carrying out, and also while you were not using it, energy has been saved compared to if it were turned on. It is a very comfortable option for people who spend a lot of time in front of their computer.

If we decide to hibernate, we will keep the current status of the equipment saved to hard drive or solid storage system so that it recovers on power-up, so no energy is consumed since you don’t need to keep any components on. It has the advantage that you will be able to use it again much faster than if you had completely turned it off and with all the programs as we have left them.

It is a state that is used when you are going to leave your PC for a long period of time, but you want to preserve what you were doing so you don’t have to wait for it to turn on again. The main reasons for hibernating a computer are that it starts up very quickly and all programs are kept open, as if you hadn’t stopped using it. All of this does so without consuming energy at times when you are not using it.

How to do it

We will tell you what are the steps you must take for each of the actions depending on the specific circumstances. On many occasions you can find them in the menu of windows startup Among the shutdown options, easily visible, but in other cases things can get more complicated or you prefer to select how your computer should act in certain circumstances. Therefore, we tell you the ways to perform each of these functions.

Doing so is very simple. Close to one’s own keyboard there is usually a key of its own for it. In the start menu, you will find the option to shut down. Sometimes, you will have to choose between this option, restart, or do it by updating the computer (if there are updates) and even suspend. On the desktop, you may find this button somewhere on the computer depending on the model. In all operating systems it proceeds in a similar way and you will find it easily. Windows 7, will be given to start button and later at your option, as in Windows 10. In Windows 8.1 or RT 8.1, you will have to go to start or press Windows + X on the keyboard, press to shut down or close session and shut down. In Windows 11, in the start menu, in the power button at the bottom you will see a menu that says shut down, restart, log in, suspend or hibernate. You can get to these options with Win + X. You give your option.

If you want to do this on your computer in Windows 10 you will have to go to setting, system, power and sleep and additional power settings. In Windows 8.1 / Windows RT 8.1 and Windows 7 you will have to look for Power Options (in the control panel). Later, you will have to choose in energy options the behaviour of the start and stop buttons and the closing behavior of the lid. You will have to give to its corresponding mode. 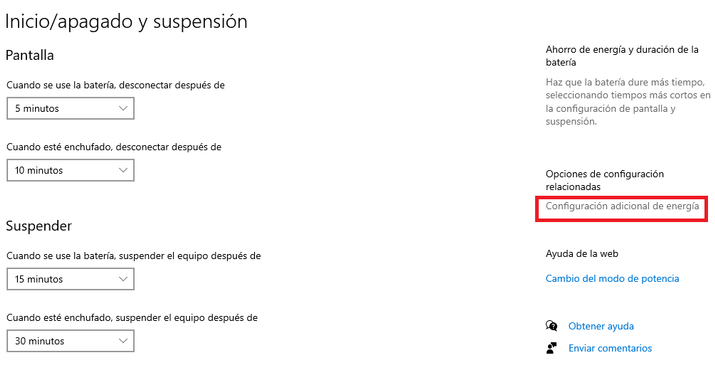 In some cases, you can do it directly from the beginning of the system, since it could be found among the options. In Windows 11 you can get there in the start menu, in the power button in the lower right, where the options to shut down, restart, start session, suspend or hibernate will be displayed. You will have to give the corresponding option. In Windows 10, you will see it in the lower left, in menu and options.

If you want to do this in Windows 10 you will have to also go to configuration, system, power and suspension and additional power settings. In Windows 8.1 / RT 8.1 and Windows 7, you will go to Energy options o Control panel, system and security and power options. In the same options, behavior of the buttons and closing the lid, you will choose to hibernate. 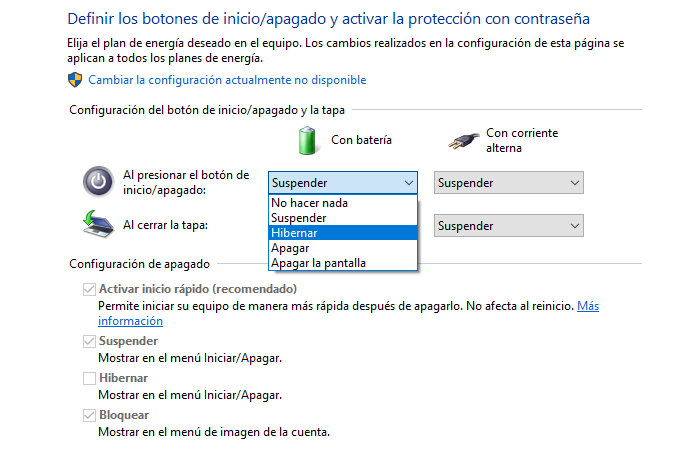 In some cases, this option may also appear at startup in Shut down or log out and hibernate. In Windows 8.1 / RT 8.1 it could be in Settings, Start / Shutdown and the corresponding option. In Windows 11, you will see it in the start, power button and your option.

It may be difficult for you to recognize the differences between one or the other because resemble in certain aspects, however, their operation is not the same and they have certain notable differences. Therefore, we are going to tell you what the differences are between one and the other, taking into account various factors relevant and that can help you make the best decision if you are doubting what is best for you. 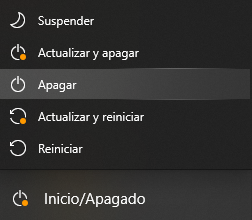 Both are two power saving modes that allow turn on quickly keeping tasks and applications running. The hibernation is more similar to shutdown and saves more energy. However, when it comes to turning it on, it will take less time to do so if you have suspended it than if you have hibernated it. In this last option, the information is stored in the hard disk, while in the previous one it is kept in the RAM memory.

On the other hand, you can only suspend the equipment if it is connected to the electrical current or if you are sure that the battery will not be consumed, because if you do not run the risk that everything will close abruptly and affect the computer in any way. If it hibernates nothing happens because everything will be recovered from the hard drive.

Hibernate and shut down

When you turn it off, you close all active programs and terminate shortly after cutting the operation of its components and power consumption. In addition, it temporarily stops working and does not consume any resources. To the hibernate, battery is not being consumed, but disk space is being consumed. Therefore, the programs will be available to use again at the same point when it is turned on again, which is not the case in the other case. One of its drawbacks is that your file can take up a lot of space.

At the time of Turn it on, you will realize that he does it a lot before if you have hibernated that if it has been completely closed, although the time it takes to do so will depend on the speed of your disk.

Power off and suspend

The differences between one state and another are remarkable. In the state of suspension saves energy when the computer stops having activity, but in the off, neither energy nor RAM is consumed nor any other resource. However, when turning on, in the suspension you can use it immediately and when shutting down you will have to wait.

On the other hand, when turn it on after turning it off you will have to reopen everything you need to use, while after having suspended it, everything you left open will be left open to work with it again. Although on a powerful computer this may seem like a trifle, if your computer is extremely slow and takes a long time to do things, you will appreciate the option to save energy when you are away for a short time.

Yes you don’t want to turn off your computer Because you like to keep your tasks and applications running and you want to get back to them quickly, the decision between one and the other will depend on whether you are going to use your computer soon or are going to take time to do so. If you go to absent a few minutes, or maybe a few hours, the best thing is the suspension because the minimum energy will have been consumed and when you return you can start using it immediately. However, in a longer period of time or on a trip, hibernation is worth it because it will not be consuming resources and you will be able to use it again with the same programs and tasks as when you left it. Even if it takes a little longer to turn it on, it will be minimal. In both cases, much lower than when turning it on again after its total closure.

On the other hand, the suspension can be a good idea if you are going to leave your laptop for a short time, but it is not the most recommended in the desktop ones. It must be borne in mind that, if the electrical current is cut off for some reason, it will close abruptly, something that would not happen with hibernation or shutdown.

Although it may seem to you that the best option in all cases is hibernateOne of the drawbacks of doing it is that not all teams have the support for it, so you have to see how you can act in this case. The new versions of Windows 10 have the option of suspension, but not with hibernation, or at least not in a simple way. Also, if you have little available disk space you may prefer the other options. 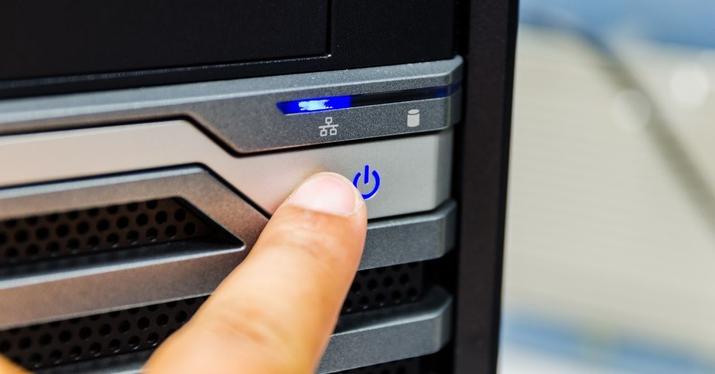 Suspension is convenient for short periods, hibernation for longer periods, and when you want the computer to stop performing all the tasks it was doing and then start again, shutting down is convenient for you. In addition, if you have installed something new, you want an update to be carried out or the processes to finish correctly, the latter option (in some cases restarting) the computer is convenient. If your computer takes a short time to turn on again, it is recommended close all programs, tasks and shut it down. The decision depends on your needs and preferences.

Previous Javier Aguirre assured that Monterrey has ‘a short staff’
Next Nacional and Junior tied on date 1 of home runs, BetPlay League