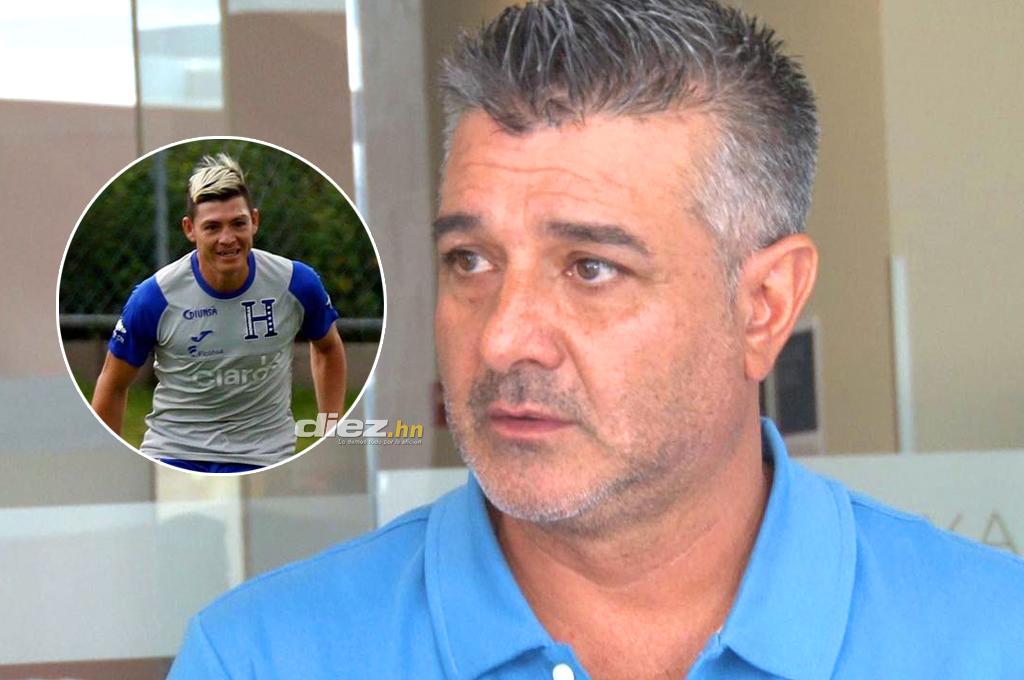 The Honduran national team concluded the microcycle in Tegucigalpa from the hand of Diego Vazquezwhere he seeks a better knowledge of the footballers ahead of the friendly matches in September and October.

SEE MORE: “Paco” Martínez concluded a microcycle with the Honduran National Team and responds to criticism for his call

The helmsman highly valued the work carried out during these three days and in this way get to know the soccer players of the National League better.

Vázquez also took advantage of the moment to clarify the controversial call for Francis Martinez, who plays in the team Pumas, recently promoted to the Second Division of our country and for the first time he was called to the National selection.

How did this microcycle end?
Good to draw conclusions, keep looking at players, mechanize movements and everything that the National Team encompasses. I think quite well with four intense workouts that add up.

Did it end with a friendly match?
Yes, today we play against Gymnastic to draw conclusions, see movements and all that.

Of the footballers you called, did you know all of them well?
Yes, we all know them, but seeing them in the League is not the same as seeing them on a day-to-day basis and these microcycles add up enough to get to know them and observe them specifically.

Benguché, how did you see it?
Of course, it had been a long time since he was in the League and you have to see him more.

And Francisco Martínez, how did it go?
There was so much trouble and they don’t understand that to do the work you have to call more people. I cannot work with eight players, those from Real España and the legionnaires were not there. These microcycles are to carry out day to day and we are going to continue calling people to help us, but more than necessary was put together. The boy has conditions, he was good and was not out of tune at all; let’s see if in the following microcycles we continue to call him or bring someone else.

It is clear that other coaches called guest footballers.
That’s why I tell you and you have to ask everyone who thinks.

With this you are not going to close the doors to anyone?
Of course. There are stories and I remember the gardener who was the one who cut the grass and started playing in the first division, then in the National Team. In that sense, because they play in any league we are going to discriminate, but as long as they have the conditions they will have a chance.

Are you open doors?
This is nothing definitive, it is for training and it is a microcycle. If it was for a knockout game, that’s where it’s understood. We understand the resonance that is the Selection.

Do you feel that they want to crucify you for this call?
Ha, ha, ha… capable, the apostles of failure always appear, opportunists of despair, but we also understand.

What plans do you have after this microcycle?
Now there is the Concacaf League and in order not to touch that, we have to reschedule the next microcycle and maybe it will be for the first week of September. We are analyzing it and see when it is done.

Are you always going to have only national players?
Yes, the legionnaires do not lend them and unless they are released. We did not call because it was not a FIFA date.

Are you having contact with the legionnaires?
We are following them and they had it for all three games, but at the time we will do it. We work with platforms where everything is recorded and you can see everything and we are following up on them.

Are Choco and Najar one of those that you are following and that you have not had?
The selection belongs to everyone and as long as they have great performance and our coaching staff believes that they can be. Do not have the slightest doubt that they will be.