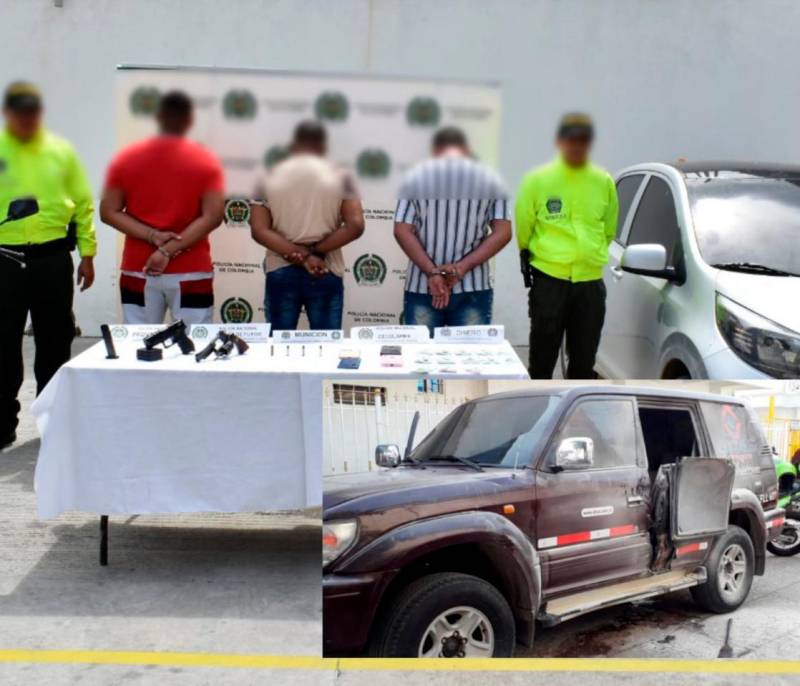 Buying new motorcycles and cars, and going on expensive trips and ostentatious parties was the Achilles’ heel of three guards from the private security company Atlas who went from being victims of a robbery while working to being the main suspects in that event, which occurred in the morning of August 3, 2021 on a street in the La Princesa neighborhood of Cartagena.

A year later, and after arduous days of investigation with interrogations and statements, the Police and the Prosecutor’s Office carried out the operation called ‘the Infiltrators’ and complied with the arrest warrant against these individuals, whose function was to guard the vehicle that that day it was transporting 2,170 million pesos in cash.

Read here: From a movie! This was the assault on a stock car in La Princesa

For the authorities, the guards aroused suspicion from the beginning, since there was no compliance with the protocols established for the transport of valuables cars.

This is how they organized the investigations, arrest warrants and raids on the homes of those named, in the Bonanza, Vista Hermosa and Nelson Mandela neighborhoods. During the operations, a motorcycle, a car, a 38-caliber revolver, a traumatic weapon, four cartridges, cell phones and cash were seized.

“The arrests are for the crimes of qualified and aggravated theft, and possession of firearms. For a year we have been investigating with the Judicial Police, since the protocols were violated by these people. “They also facilitated the theft because one of those captured was injured and they began to buy things that they would not be able to do with his salary. We must mention that there was no crossfire that day, as they said,” said Brigadier General Nicolás Zapata, commander of the Cartagena Metropolitan Police.

Those arrested remained in the hands of the Prosecutor’s Office. The Police assured that they are after six more people for this fact, since ten people would be involved in the assault.

The incident occurred at 6:45 am, on a lonely street in La Princesa. At that time it was said that seven criminals, in the middle of bullets and using an industrial torch, managed to open a car door and seize the money.

They also said that one of the security guards had been hit on the head by the criminals. Another situation that drew attention on that occasion is that a supposed traffic policeman diverted the car from its usual route.

“The strange thing is that there has never been a traffic policeman on that corner. He signaled to her because there was a traffic jam. When the stock car was looking for the street to go out to Ternera, another car crossed it and four men got out. They fired two shots and the tires exploded,” said a witness that day.

There was a second car on the scene, it was a dark gray JCD-460 license plate van, where the thieves fled with the money.