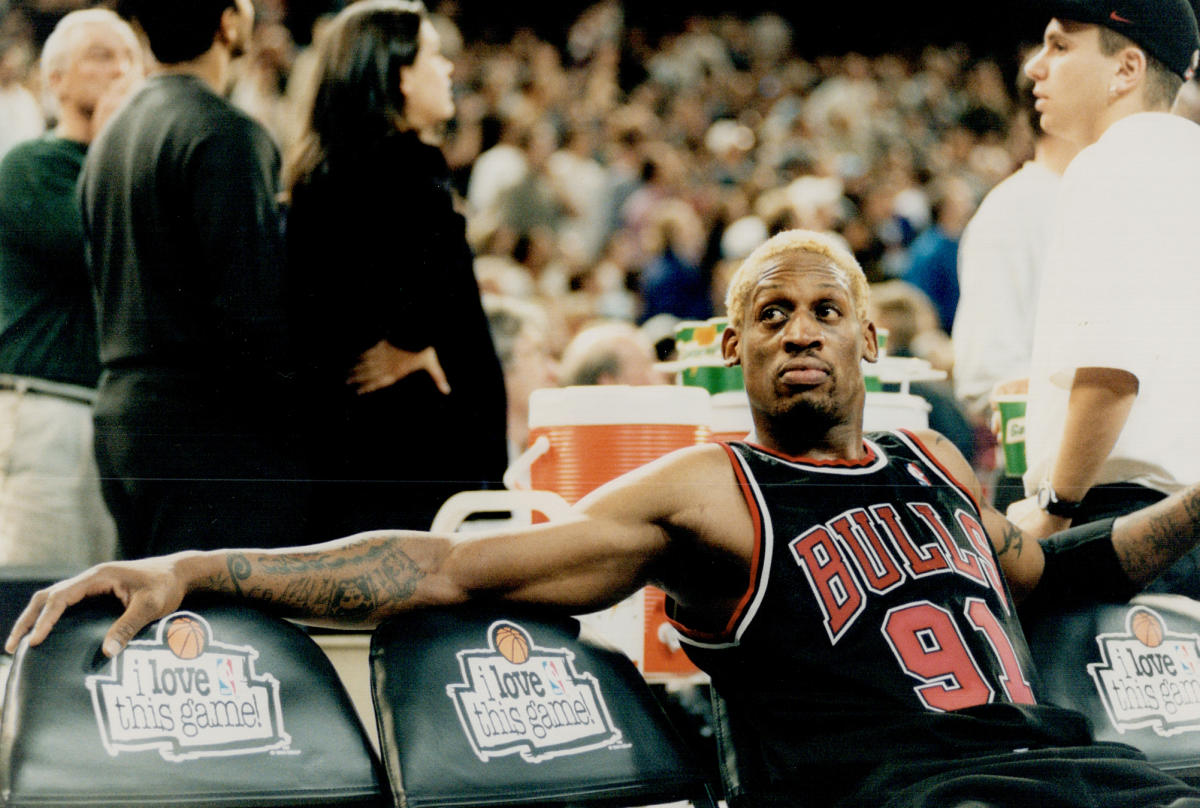 World sports figures have discipline as the common denominator on their way to success. Nevertheless, Dennis Rodman he didn’t have to stick with it every day of his professional career; he did not need to be a role model or that they understood her personality, he knew how to become, in her way, in one of the best basketball players that have ever existed.

The eccentricities around Rodman were his hallmark in world sport; some did not tire of criticizing his role off the courts, but his performances in the games they always showed that what happened in their private life was inconsequential for he knew how to win: in life and under painting he was one way only: indomitable.

The difficulties forged him as the fierce power forward that one day he met: his mother kicked him out of the house and he found a way to grow up in basketball.

“My mother drove school buses and she got tired of me. I spent two years on the street stumbling around, sleeping where I could, in my friends’ garden, wherever. He could have been a drug dealer. I could have ended up in jail or dead. But I started going to the gym and I started to like basketball, “he assured in the documentary The Last Dance.

Rebellion, indiscipline, exoticism and more, are those memories that arise when someone says Dennis Rodman. But that should not cloud his legacy as the basketball player who was involved in duels with players of the stature of Karl Malone, Michael Jordan or his own Shaquille O’Neal.

His game was characterized by being iron when it comes to capturing rebounds and colliding with rivals, in addition to being able to read the opponents’ moves easily to stop them. He was key to the legacy the Bulls built.

He came to the NBA through the Detroit Pistons in 1986 and there he knew he was glory, he even snatched it from a young Jordan. With the Pistons he won the 1989 and 1990 championships. Later, he played for San Antonio and after not standing out he was traded to the Chicago Bulls, where he was part of one of the most powerful dynasties in history and reached his other 3 champion rings (1996-1998).

Throughout his career he added a total of 911 official games in the American league and averaged a total of 7.3 points, 13.1 rebounds and 1.8 assists per game.

His career was not perfect, he had episodes of irresponsibility with his teams or teammates. Sometimes the need to satisfy himself put the collective good at risk.

It was the 1997-1998 NBA season, Rodman was constantly being singled out by public opinion and the media, so requested a permit from Bulls coach Phil Jacksonto leave the concentration of the club and clear the mind.

He was granted and left for the “city of sin”, the permit was for 48 hours, but since Rodman and the limits were not good friends, it was extended to such an extent that Michael Jordan himself, as team captain, went to Las Vegas to look for him and there he found him with his partner, Carmen Electra. He managed to come back and continued his great defensive play.

Some time later, his own MJ He recognized that this trip was necessary so that Rodman could perform as budgeted in the games. That iconic moment will have a representation on the big screen and will be called “48 Hours in Las Vegas”.

During the 1998 finals in which Chicago was looking to repeat the championship against the Utah Jazz, the pressure was maximum, and Dennis Rodman thought it was a good idea to appear at a wrestling event in full finals.

After Game 3 of the series, which the Bulls had won, the New Jersey native missed practice to attend a WWE company function with the legend Hulk Hogan.

And although he was criticized for this lack of professionalism, the next game he helped put 3 to 1 the series in favor of Chicago. kneezilla collaborated with 14 rebounds, 2 assists and 6 points.

The explanation he gave for the absence was true to his style: “I wasn’t trying to do anything special. I was just trying to be Dennis Rodmanyou know, playing basketball, going to parties, being with girls…”, he said in the documentary The Last Dance.

Finally his wish came true and he was even a fighter for a while, after finishing the finals, both he and his rival on the floor, Karl Malone participated in a combat inside a ring.

Today it seems to be common for disruption to come from clothing and Rodman was a pioneer in it. His daring when dressing was unique in the 90s and set the tone for current exponents.

One of the craziest styles he showed was in 1996 when he presented his autobiographical book, Bad as I Wanna Be. She had announced that there would be a wedding, but the surprise was present when she appeared at the event in a wedding dress. The impact was such that even a scale figure was sold.

Dennis Rodman was the proof that understanding is not necessary when sporting successes come.

Thieves are caught in the most unexpected way after violent robbery