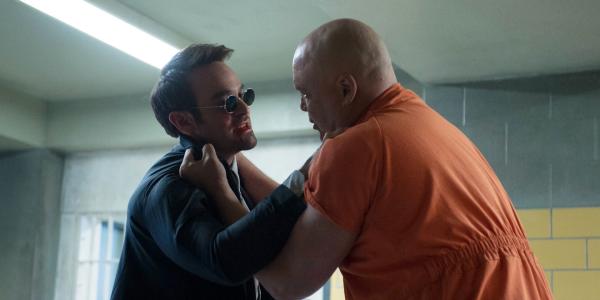 Daredevil: Born Again | Vincent D’Onofrio assures that the series explores the protagonists in a way that has never been done before

Netflix did something amazing with their Marvel adaptations. Daredevil (93%) marked an important change for this type of work on the small screen that was quite competitive even for the films of the franchise. For a while, fans even fought over which proposal was better, which ended up generating great resentment when the company took over the rights and caused these installments to be cancelled. Of course, this didn’t stop the fans, who took every opportunity to call for the return of at least Charlie Cox and Vincent D’Onofrio. Now what Daredevil: Born Again it is a reality, the stakes are very high and one of the protagonists assures that they will exceed all expectations by approaching these characters in a whole new way.

Keep reading: Charlie Cox trolled Andrew Garfield by saying that he will always be “the third best Spider-Man of all time”

Although now it has been revealed that the actors knew for years that they would return to be part of the UCM, at the time they had to keep it a secret, which caused a lot of frustration among fans who were only looking for confirmation that Kevin Feige did take Consider your requests and opinions. After many rumors about supposed cameos, which came with practically any premiere of the saga, the panorama changed with the premiere of Spider-Man: No Way Home (92%) and the final chapter of Hawkeye (87%), which They premiered the same week.

These early appearances caused some controversy. On one hand, many felt that the Kingpin facing off against Kate Bishop (Hailee Steinfeld) simply couldn’t be the same version of Daredevilwhich led many to make theories about the multiverses, even when the own Vincent D’Onofrio He assured that he played the villain as he always has. On the other hand, in Tom Holland’s most recent film, we only see Matt Murdock, so we had to wait for the arrival of She-Hulk: Attorney at Law (74%) to be able to enjoy the hero as such. Of course, since this series was a comedy, not everyone welcomed Daredevil because of the tone with which he was used, which started a fight between fans and comic readers who claim that he is like that on paper.

In the end, the best news fans could get was that Marvel had already approved a new series starring the hero that could bring about real change for the franchise that has had a lot of trouble getting its new series on Disney Plus. Daredevil: Born Again It is a very ambitious project that will have more episodes than other series, a very clear move to win over the audience of the original. For now there are still many details in the air, such as how violent and explicit they can be with this version and how much they will respect the canon that had already been established in the Netflix series.

You may also like: Vincent D’Onofrio confirms the real reason Daredevil was canceled by Netflix

Whether it is a soft reboot or a completely new beginning is something that is still not clear, but the protagonists are sure that they will achieve their goal, even if they do not have other elements of the series like Deborah Ann Woll, who recently admitted that the company has not sought her out to return to the role of Karen. To keep up with the wild speculations and theories, Vincent D’Onofrio spoke about what the public can expect from Daredevil: Born Again And how will they win over everyone?

During an appearance on Salt Lake FanX 2022 (via comicbook.com), the actor did not hesitate to excite the fans:

You guys have no idea what’s in store for you with Born Again. I know a little more than you. And all I can say is, for the next series, they won’t be thinking about anything but the next episode. I promise.

D’Onofrio couldn’t reveal much for obvious reasons, but he assured that the series will be dedicated to exploring Daredevil and the Kingpin in a whole new way:

I can only say… I’m trying to play by the rules, so I’ll just say that Charlie and I will have the opportunity to go deeper than ever with our characters.

Daredevil: Born Again will have to appeal to something more than the characters to convince the public in the long term, since it is evident that they can use the protagonists in several installments of different styles. It is certain that the production of this series will be one of the most careful, since there is already talk of other important cameos, such as Tom Hollandbut also that this story will pave the way for new movies and shows that require their own privacy.