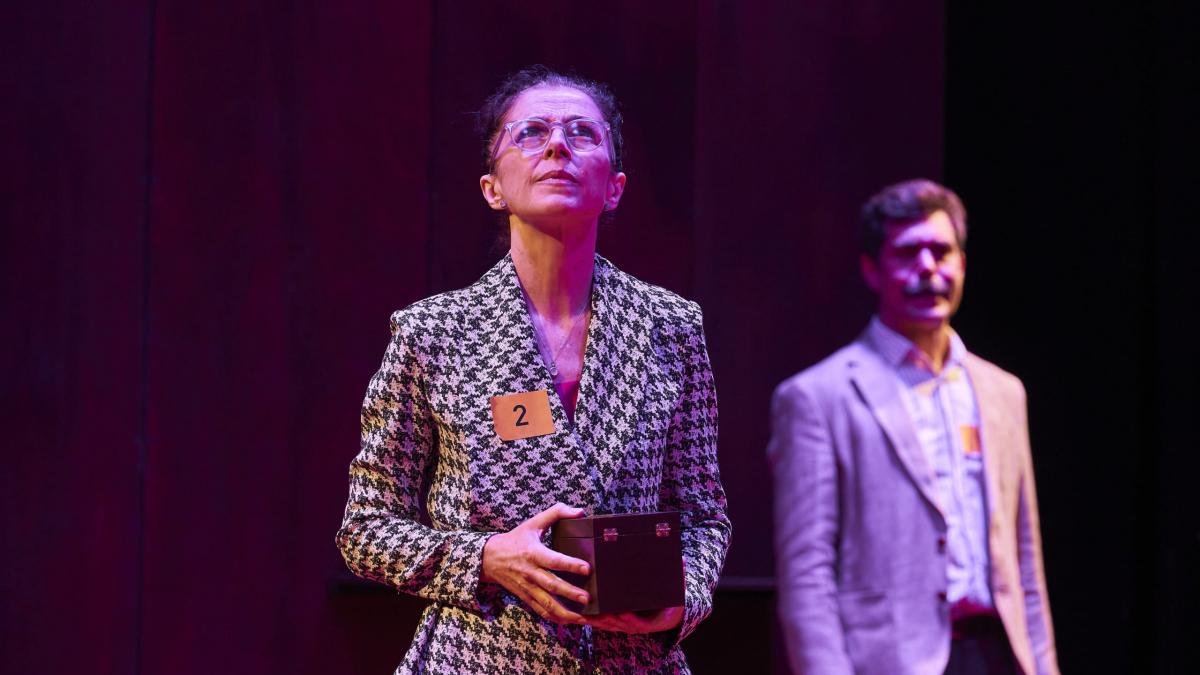 “Culture is the fourth leg of the welfare state”

The culture sector has been demanding more budget for years. And he does it for good reason. If we look at the accounts of other European countries, underfunding is evident. With data from 2020, in Portugal cultural spending per person was 158 euros per year. In France the figure rose to 476 euros. In Catalonia we do not exceed 30 euros. The Government wants to change the trend and reach 200 euros of cultural spending per person among all administrations (Generalitat, councils and town halls). Last year the budget allocated to culture went from 1.1 to 1.3 percent. Looking ahead to 2023, the objective is to reach 1.5% with an increase of 100 million euros and to set our sights on reaching 2% at the end of the mandate. It is evident that a paradigm shift is needed: to give culture a different consideration from the one held up to now. More resources but also that culture is understood as a pillar of our society, as an integrating and cohesive element.

This issue has been discussed at Catalunya Avança with the Minister of Culture, Natàlia Garriga; Teresa Cabré, president of the Institut d’Estudis Catalans; Montserrat Bou, president of Proa, Sònia Gainza, director and founder of Apropa Cultura, and Isabel Vidal, spokesperson for the Actua Cultura 2% platform. For almost three years there has been talk of 2% of the Government’s budget for Culture. The counselor insists that “there has been a very clear underfinancing for many years and the claim made by the sector is justified. As a department we have to give solvency to this sector”. Isabel Vidal puts the focus further: “we have to demand at least 2% from the Generalitat but it is useless if later the rest of the administrations of our country do not think about the budgetary importance they give to culture ”.

It is necessary to understand that culture is the fourth leg of the welfare state and suggest that it receive the same treatment as health or education. Sònia Gainza recalls that “culture can help improve the lives of people in vulnerable situations. We have to dare to take the step and add rights that, for example, are already guaranteed in education. No one questions that in a classroom a certain percentage of the places are reserved for students with special needs. So why don’t we guarantee 2% of the capacity of the shows for people at risk of social exclusion? If we really see culture as the fourth leg of the welfare state, we have to go from having a stool to a table.

Teresa Cabré agrees but adds another premise: “culture as the fourth leg of the welfare state and in the center language as the pivot of the different sectors that are part of it. With the 101 measures announced by the Government to protect Catalan, it is not enough. It is necessary that the citizenship accompanies the dispositions of the Executive. The starting context is the National Pact for Language, and then the measures announced by the Government. They are the elements that build the highway. And then, measures that have to come from the population as a whole. We have to do a series of actions regarding ourselves and our attitudes. I suffer for the language when I see numbers, like now that the identification with Catalan, as the first language, is going down. There is a direct connection between the importance of cultural budget issues that has directly affected the language.

“There is a directly proportional relationship between the importance that has been given to culture and the level of language that we currently have,” Vidal stresses. We have to rethink the model we want for the coming years. “We have to try to stimulate people who don’t dare to go to a concert or a show that is done in Catalan. If you are able to go to a concert in English you have to be able to see a show in Catalan. We have to motivate and encourage the public”.

The cultural sector is very complex and diverse. During the pandemic, it has suffered tremendously because culture, in most cases, has contact with the public and the covid nipped it in the bud. Even so, it is a resilient sector and the performing arts, for example, this year have increased the number of spectators by 5 percent compared to the previous year, as explained by Isabel Vidal, president of Adetca (Associació d’Empreses de Teatre de Catalunya). . Regarding the audiovisual, which also suffered greatly in the pandemic era, it does not raise any. “For the first time, the Government speaks of us as a strategic sector and it is put into practice. It is always said that it is very important, an essential sector, but at the moment of truth the necessary measures are not implemented. Not everything has to be direct aid. There are many tools that favor without putting a single euro”, explains Montserrat Bou.

To give this twist to the script and promote audiovisuals, Catalonia projects a macrostructure that helps companies in the sector to be competitive in an increasingly globalized environment. It is the Catalunya Media City, which will be installed in the Tres Chimeneas site, halfway between Sant Adrià de Besòs and Badalona. The Government’s forecast is that it will be at full capacity six or eight years from now. “We have always been very powerful in audiovisual matters. And the Catalunya Media City is a country project for the sector. And here the key also involves taking independent production into account, as claimed by Proa. And the reinforcement of production, dubbing, subtitling, conservation and dissemination that the Department of Culture is doing.

Not everything is money, but obviously if the box is full everything is easier. The five experts agree that you have to put the zoom in the school. Isabel Vidal believes that “the link between education and culture must be worked on. So that when a person is an adult she can decide that she recovers cultural habits that she had years ago. Young people have a moment of disconnection from the performing arts. But if he has had this habit during his childhood, he will come back. The school and the family are fundamental”. Sònia Gainza also considers that it is key that “in primary school children can have this impact with the arts in an equal and equitable way. The counselor explains that this legislature, for the first time, her department and that of Education look at each other. “We have to understand each other in terms of language and enter artistic teachings in schools for which the students acquire curiosity and need. Now, with the new curricula, we are looking at how we enter this content in the centers”.

Beyond the school curricula, the Government is working on the Cultural Rights Law, which has to allow everyone to enjoy culture and also to participate actively. The regulation wants to break down all barriers (income, origin, place of residence…) and ensure that everyone can freely enjoy their cultural rights. “We talk about rights and obligations. We are working together with participatory sessions so that everyone tells us how far we have to go. It is a law that begins its process. When we finish it, we will have to say what is the stability we need for culture, to guarantee financing, ”says the counselor. The Government plans to approve the bill before next summer and that it reaches Parliament and enters into force at the end of 2023.

It is evident that we have a culture in Catalonia that with just a little watering, as Isabel Vidal says, will bear extraordinary fruit. We have a lot of talent. Perhaps sometimes we sin of low self-esteem. Teresa Cabré believes that we need to “empower ourselves. We have to be proud of the country we have. It seems that we need a crutch that comes from abroad to give us importance”.

Culture generates a lot of cohesion. Garriga has a clear north, a project for now but also in the long term. And he does not forget popular culture, which sometimes falls outside the institutional focus.

Sònia Gainza, director and founder of Apropa Cultura: “Nobody questions that places are reserved in a classroom for students with special needs. Why don’t we guarantee 2 percent of the capacity of shows for people at risk of social exclusion?”

Isabel Vidal, spokesperson for the Actua Cultura 2% platform: “We have to demand a minimum of 2 percent from the Generalitat, but it’s useless if the rest of the administrations don’t think about the importance they give to culture.”

Natàlia Garriga, Minister of Culture of the Generalitat de Catalunya: “We have a project for now but also in the long term. With three priorities: Catalan, access to culture and the audiovisual sector. And the need to reach 2 percent of the budget.”

Teresa Cabré, president of the Institut d’Estudis Catalans: “We need to empower ourselves. We have to be proud of the country we have. Sometimes it seems that we need a crutch that comes from outside to give us importance. And we have to change it.”

Montserrat Bou, president of Proa, audiovisual producers: “Not everything has to be direct aid. There are other tools that favor without putting a single euro. For the first time, the Government speaks of us as a strategic sector and it is put into practice”.

Previous How do Chivas vs Atlas arrive TODAY? The debut of DTs in Clásico TapatíoHalftime
Next Selena Gomez confessed that she thought her makeup brand was going to be a flop