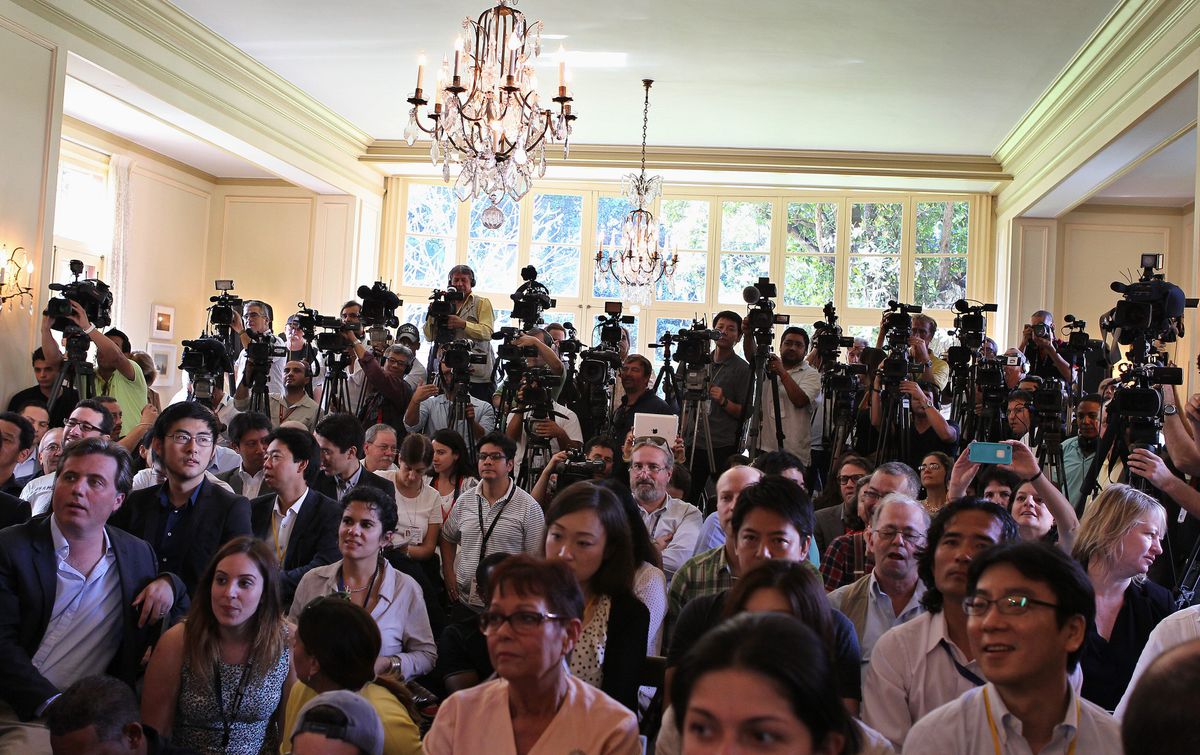 The Government of Cuba has withdrawn this Saturday the press accreditations to the journalists of the Spanish agency Efe on the island. Those responsible for the International Press Center urgently summoned the media team that is currently accredited in Havana – three editors, a photographer and a cameraman – to inform them that their credentials were withdrawn without clarifying whether the measure is temporary or permanent. The decision comes two days before the so-called Civic March for Change, called by the archipelago opposition platform for November 15 and declared illegal by the Government of the Caribbean country.

“They called us urgently and asked us to give them the credentials. When we asked the reason, they invoked the regulations on foreign press ”, Atahualpa Amerise, editor-in-chief of the office, explained to the France-Presse agency. The authorities did not give the reporters “the exact reason” that prohibits them from practicing journalism on the island. According to Amerise, this is the first time that a foreign press team has been sanctioned in this way in Cuba.

Opponents and institutions have pointed out the tension that exists on the island on the eve of the demonstration. The main leader of the movement that is promoting the march, the playwright Yunior García, issued a statement on Thursday in which he assured that the pressure from the Government these days has been brutal and that, to prevent violence against the protesters from being exercised from power, or that they are sent to jail for participating in the protest, he had decided to march alone in Havana.

In addition, the Cuban bishops have requested in a declaration “necessary changes” to improve life in Cuba and “indulgence” with the prisoners of the July 11 protests. That demonstration ended with one death, dozens injured and 1,270 detainees, of which 658 remain in prison, according to the NGO Cubalex. More and more voices, including those of revolutionary figures such as Silvio Rodríguez, are calling for restraint and for those who did not participate in violent acts to be released.

The government considers that the new call is an attempt to destabilize and has accused the organizers of being financed by the United States. Cuban President Miguel Díaz-Canel referred to November 15 on Friday: “They have raised a whole media halo so that the world can wait for what will happen in Cuba on November 15.” “It does not take us away,” he said, “we are calm, safe, but attentive and alert, and we are prepared to defend the Revolution, to confront any interventionist action against our country, especially against everything that threatens the peace, citizen tranquility and our constitutional order ”.