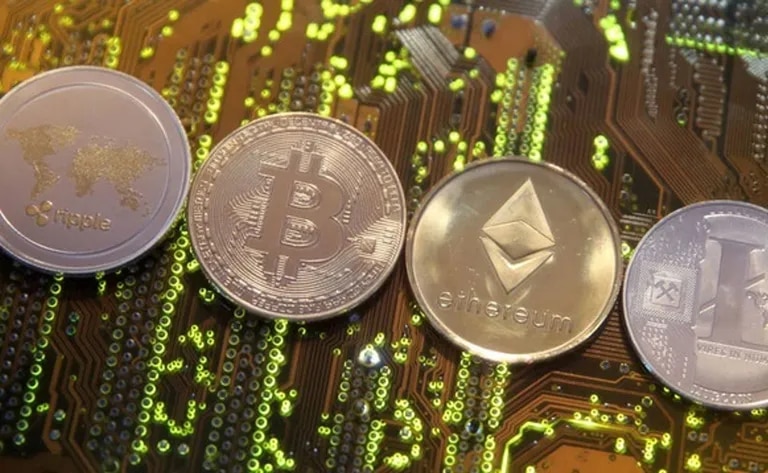 The sustained decline in the price of cryptocurrenciesspecially in Bitcoin, the most important of all, generated a scenario of panic among investors. In just six months, digital money lost more than half its value and dozens of companies in the sector announced massive layoffs.

In a context of global economic crisis, with unprecedented inflation rates in the United States and Europe, and a war between Russia and Ukraine that no one knows when -or how- it will end, cryptocurrencies suffer one of their worst moments and specialists say that this crypto winter could last up to a year and a half.

Why Bitcoin, Ethereum and other cryptocurrencies fall

In a report titled “Criptoinvierno: keys to understand the fall of cryptocurrencies worldwide”the BBC journalist Cecilia Barria explains that this abrupt drop came just after the best historical moment in the crypto world. In just five years, a bitcoin went from being worth $1,000 to $68,000. But currently it barely exceeds $19,000.

The journalist points out that the price of cryptocurrencies is determined by a “pretty basic” rule, supply and demand. “When more people want to buy, the price goes up. And when nobody is interested, the price goes down”, she synthesizes. But he makes it clear that the same thing is not happening on Wall Street. “Cryptocurrencies are not shares of a company. They are, as you know, digital money, and that means no one regulates them, no authority issues them and, of course, there are no banks that keep them. Then, as they move without any control, the ascents and the descents are frantic”, specifies Barría in the report.

The term crypto winter or crash crypto was coined in the first big cryptocurrency crash, which was right before the last boom, in which bitcoin touched 68,000 dollarsthere for November 2021.

“When things are going well, in financial parlance investors are said to be ‘risk-appetizing’. But when the global economy is going through a rough patch, like it is right now, they don’t want to put their money in unstable investments. Therefore, they do not want cryptocurrencies”, Indicates the BBC journalist to explain this volatility that is already becoming chronic in the world of digital money.

According to the report, not only is the price of cryptocurrencies falling, but investors are also dumping riskier stocks, such as shares of some technology companies. For the specialized journalist, an increasingly direct relationship between the behavior of the stock market and crypto is beginning to be seen, something that did not happen before. “Some analysts see a fairly direct correlation between the drop in riskier stocks and the drop in the price of digital currencies,” says la Barría.

To correctly understand this fall, the journalist maintains in the report, we must not lose sight of the world context of war and inflation. Food is more expensive, fuel continues to rise, and only in the United States has the price index reached its highest level in 40 years, which paints a dark picture for the global economy, including for cryptocurrencies.