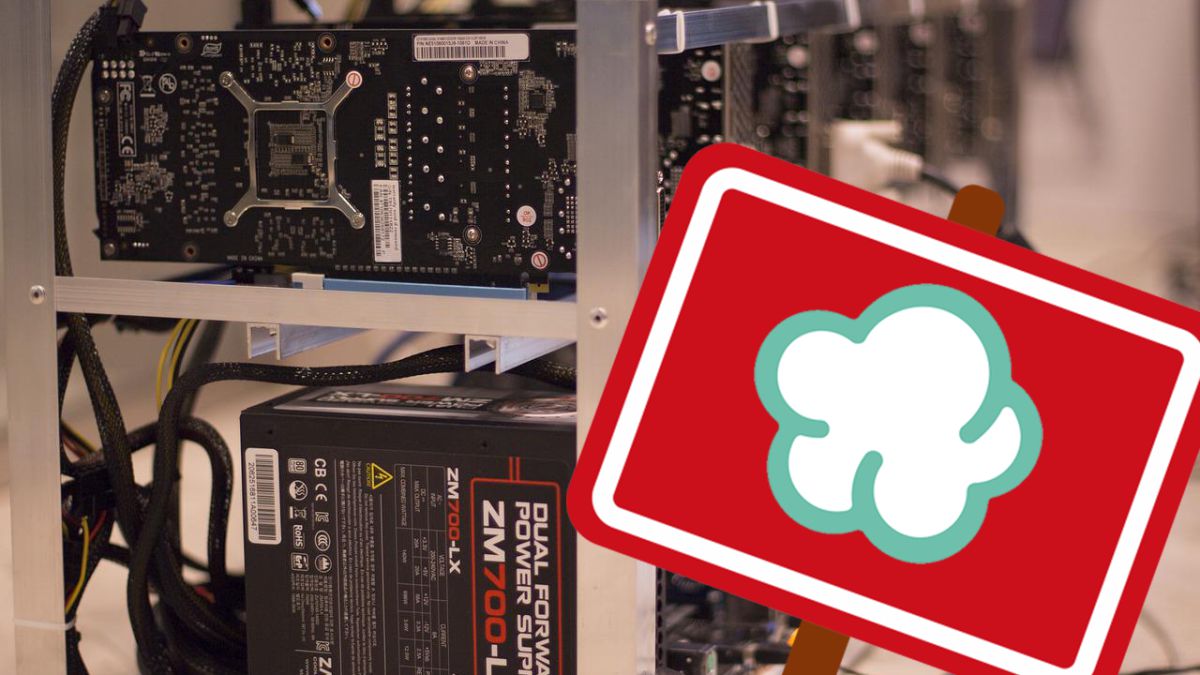 This weekend has seen one of the most tense moments in the world of cryptocurrencies. What seemed like it would never happen, or at least not to the extent expected, has happened with an impressive crash of Bitcoins. Anyone who had just entered the investment of this cryptoactive has raised his hands to his head and now many users have decided to put mining rigs for sale on Wallapop.

What is a rig and what is it for?

On some occasion we have told you what the cryptocurrency mining process is like and what it consists of. Everything starts from the idea that a computer solves a problem and, in return, receives a payment in crypto depending on what is being mined. For that you need enormous processing power, so not just any computer.

This is where the ‘word’ that gives this article its title comes into play: mining rigs. It is a structure that is made up of a motherboard that has the mining orders of which cryptocurrency to obtain. Several graphics cards are attached to it, which are the ones that put the ‘brute force’ to mine much faster thanks to its processing capacity.

Hence, for the most gamer users, specifically PC users, this type of device has been their great downfall since they are partly to blame for the fact that graphics cards have been so expensive in recent years.

Now that you know what a mining rig is, you can get an idea of ​​why so many users are going to Wallapop to sell theirs. You just have to connect the dots: cryptocurrencies are getting lower every day (and it is not the first time), the price of electricity is still growing and, as if that were not enough, buying several graphics cards is an odyssey due to the scarcity of resources.

All this makes users rethink, and rightly so, the profitability of mining cryptocurrencies or investing taking these factors into account. And this is not to mention that since this year you have had to declare to the Tax Agency all kinds of activity related to cryptocurrencies.

It may be a good time for those who are still considering the profitability of this type of device to have their cryptocurrency mining rig. But of course, it all depends on the pocket since many have paid only in graphics cards between 1,000 euros or even go to 6,000 euros per unit.

It all depends on its power, of course, but it is that in the application of second-hand items we have found equipment from 4,500 euros, going through 12,000 euros and, for those who go for it all, up to 65,000 euros. There are for all tastes and colors, but it is clear that the crypto panic has taken its toll and many have decided to get out of the business.