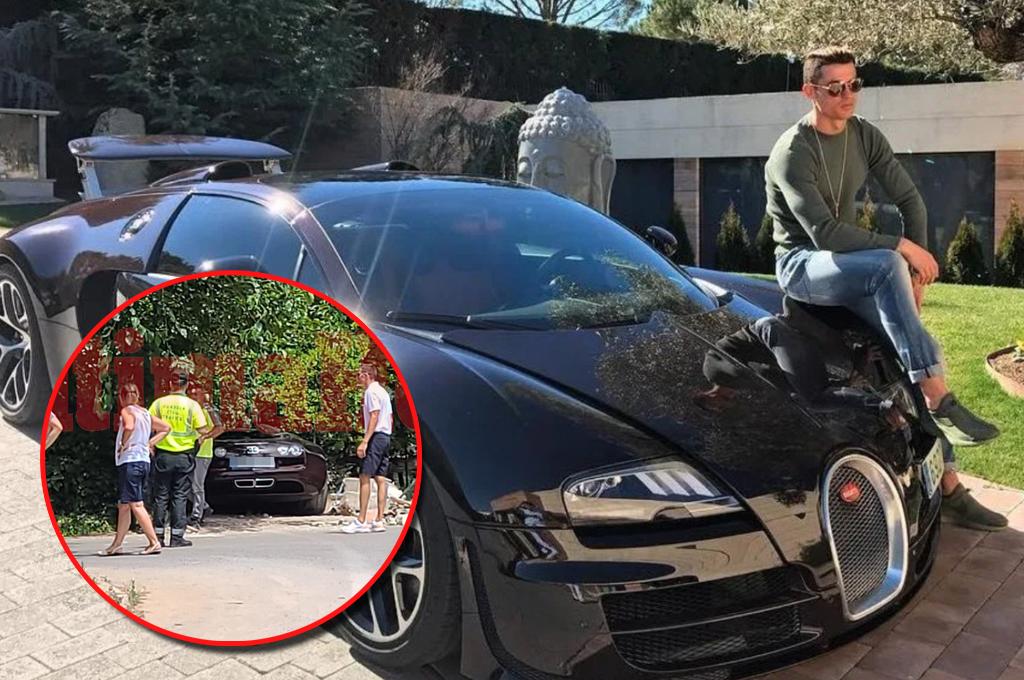 bad news for Cristiano Ronaldo. While the Portuguese is enjoying the holidays with his family in the Balearic Islands of Mallorca, his Bugatti Veyron Grand Sport Vitesse was almost destroyed.

The luxurious sports car of the front of the Man Utd suffered a serious accident this Monday morning in the Majorcan municipality of bunyola after hitting a house, according to the portal ‘Última Hora’.

The impact of Bugatti, valued at 2.1 million euros, occurred at 11:00 in the morning. According to those present at the accident and police sources, the driver lost total control of the car, which has led to the impact against the door of the urbanization and some butane cylinders located inside the building.

“The event took place around 11:00 a.m. According to sources close to the case, the sports car was driving along Alzina street at the confluence with the Caubet road when the driver lost control of the car,” the aforementioned source publishes.

Fortunately, the occupants of the vehicle were unharmed and have declared what had happened to the Traffic Civil Guard and the Bunyola Local Police.

It is worth mentioning that the driver of the sports car has signed a friendly accident agreement, according to the police officers themselves.