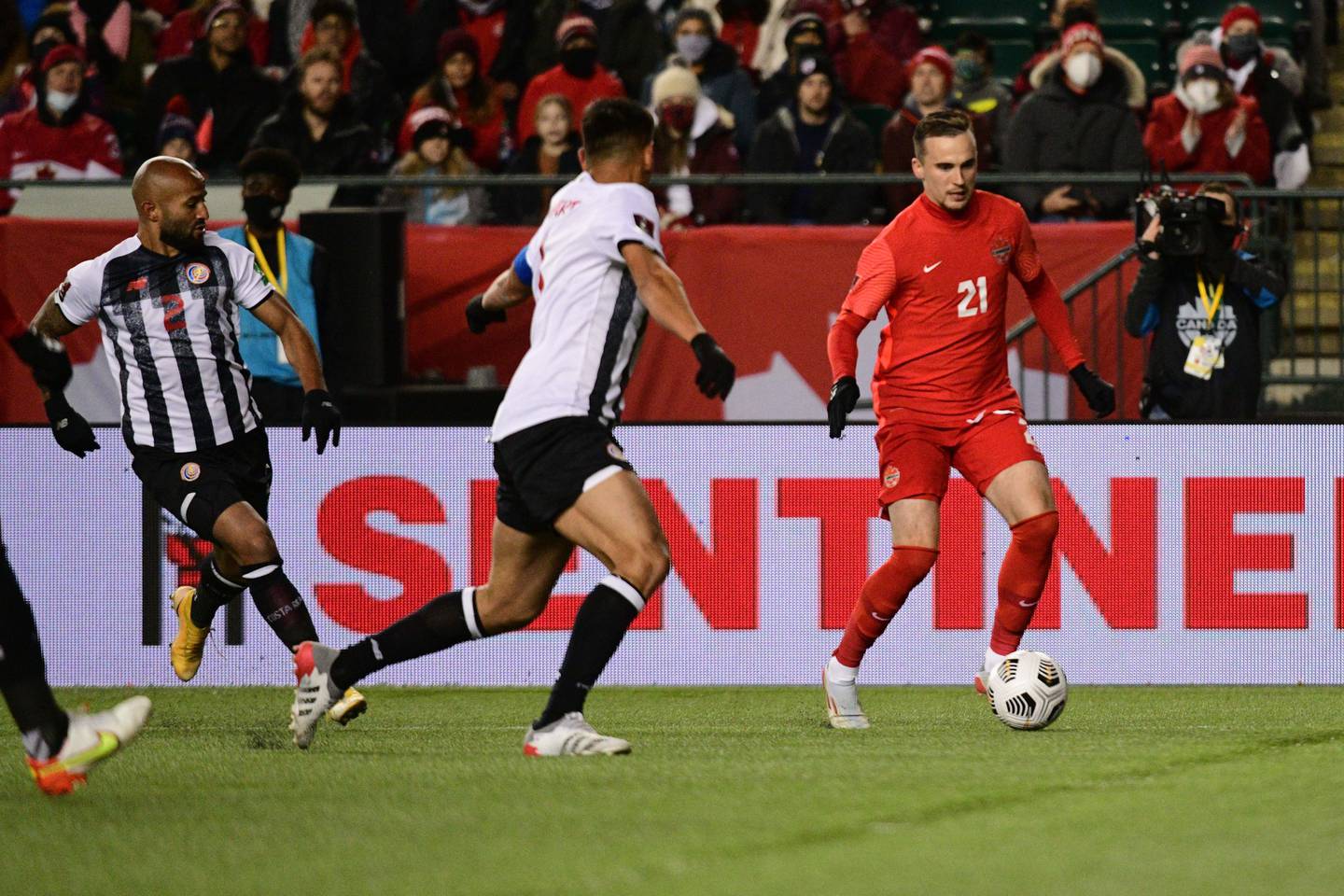 The Costa Rican National Team lost 1-0 in Canada and its fate is cast, because the 2022 World Cup in Qatar continues to look a long way off for the Ticos.

On this occasion, Luis Fernando Suárez decided that it was time to take risks. From the start, the initiative belonged to the locals, but the Costa Rican bloc was closed and synchronized. With an eleven with different faces, the team is tight and well planted.

Everything started from the fact of enduring, with a defensive order and character, starting with Leonel Moreira, who looked confident and attentive, until that action arrived, that error, in which he released the ball in a center and Jonathan David did not waste it , to get in the 56th minute the goal that gave the three points to Canada.

The Costa Rican National Team is fifth in the octagonal with six units, five points below Panama, which is in the fourth box.

Here you can follow the main incidents of the match:

Minute 91: A fan circumvents security and interrupts the game. And more fans are doing the same.

Minute 90: Four minutes of replacement will be played.

Minute 56: Goal of Canada. Leonel Moreira released the ball and Jonathan David sent it to the back.

Minute 53: The Costa Rican National Team is saved. In an acrobatic action, Tajon Buchanan finished off, but his shot hit the crossbar.

Minute 45: The second half started.

From the new faces, Orlando Galo, Youstin Salas and Jewison Bennette get good marks. They are protagonists and at the moment it seems that it is a success of Luis Fernando Suárez to have included them from the start.

In part, it was what he had planned, with men running instead of holding the ball. Along the way, the Costa Rican National Team understood that it could dare to do more than defend itself and complicate a Canadian team that does not look comfortable.

Thus the ice of shyness was broken in the cold of Edmonton and a little more mobility began to be seen in the National Team, mainly with the partnership between Joel Campbell and Jewison Bennette.

Minute 41: With a double punch, Leonel Moreira rejects the ball after a corner kick.

Minute 33: Yellow for Steven Vitoria for a foul on Orlando Galo.

Minute 30: Joel Campbell put in a pass and Jewison Bennette narrowly won the ball in a good attempt by the Costa Rican National Team.

Minute 29: Shot off by José Guillermo Ortiz, after a play built from midfield.

Minute 24: Foul by Óscar Duarte on Alphonso Davies. The game takes on a nuance in which the rhythm of Canada is cut off.

Minute 20: The Selection dares a little more with the game of Joel Campbell and Jewison Bennette.

Minute 19: Free kick for the National Team. It is the first opportunity for Costa Rica. Joel Campbell charged, but Stephen Eustaquio rejects.

Minute 15: Calvo rejects and the ball hits the post.

Minute 3: Joel Campbell slips in the middle of the field when the Selection looked to go to the front.

Minute 2: Leonel Moreira goes out to shrink before an arrival of Alphonso Davies.

Luis Fernando Suárez chose to send young faces to the field, which he believes can contribute something different, after trying other formulas that have not yielded the expected results.

Depending on what happens on a very cold night in the city of Edmonton, the Tricolor He could completely compromise his World Cup dream, or take a firm step into the fight to go to Qatar 2022.

It is the seventh presentation of the Costa Rican National Team in the Concacaf octagonal, a very difficult tie for the homeland squad, because it barely counts six points, after a win, two draws and three defeats.

And this is one of the most complicated outings for the Sele, against one of the two teams (Canada and Mexico) that still don’t know what it’s like to lose in the tie.