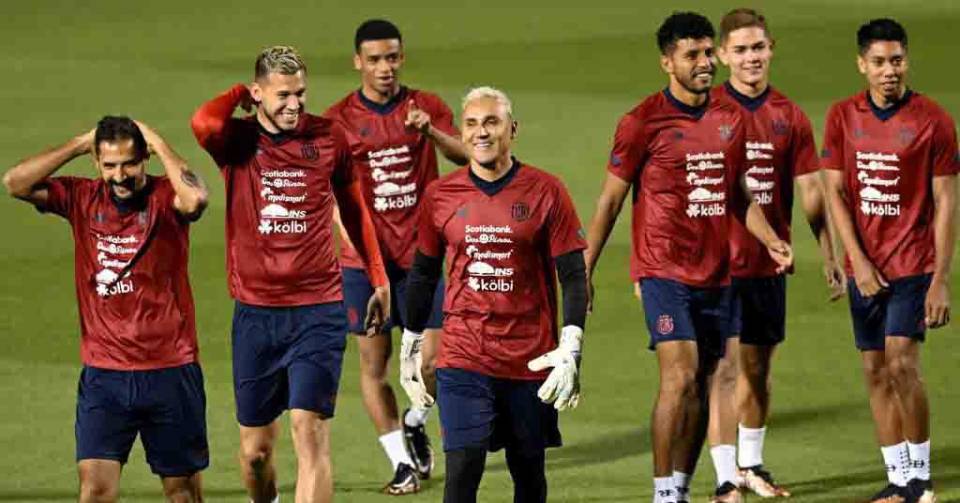 After the activity of this Tuesday where the big surprise was the defeat of Argentina 2-1 against Saudi Arabia, This Wednesday the activity will continue in the Qatar World Cup 2022 with four interesting games.

Group E and F enter into action with attractive matches and the participation of two Concacaf teams being attractive, the case of Costa Rica and Canada.

Croatiasurprising runner-up four years ago in Russia, starts her career against Morocco, a team that relies on footballers who play in the big leagues to surprise in a very even group F. This match will start at 4:00 am, Honduras time.

Then at 7 in the morning, Germany opens against Japan and they will want to leave behind in this edition the fiasco of 2018, in which they were eliminated in the group stage. In Qatar, the Mannschaft is seeking its fifth world crown after 1954, 1974, 1990 and 2014.

Without Timo Werner, injured in his left ankle before the start of the World Cup, and with Thomas Muller out of shape, the coach Hansi Flick hopes that the young Kai Havertz (23 years old) confirms his good start to the season at Chelsea.

Watch: Honduran present at the World Cup in Qatar

The other favorite of group E is Spain, who faces the Costa Rican team and the Paris Saint Germain goalkeeper, Keylor Navas.

Champion in 2010 but eliminated in the group stage in 2014 and in the round of 16 in 2018, La Roja starts the competition wanting to “conquer the world” according to coach Luis Enrique.

The ‘tico’ team will seek to turn the statistics around in the best scenario and reap three gold points in the complicated Group E, in which another world champion, Germany, and Japan await them.

The group trained by the Colombian Luis Fernando Suárez once again rests on the last survivors of the feat of Brazil-2014, when they reached the quarterfinals after being first in a group with England, Italy and Uruguay.

The duel between Spaniards and Ticos will begin at 10:00 am, Honduras time.

They will close the day on Wednesday at 1:00 pm the selections of Belgium and Canada for group F.

The shock is especially important for Belgiumsince a setback would complicate his options in a group F where he starts as a great favorite, with the permission of Luka Modric’s Croatia, the current world runner-up.

on your side, Canada He arrives at Qatar-2022 as one of the new faces of the tournament, which he will host in four years along with the United States and Mexico.

The North American squad, pending the physical state of its star, Alfonso Davies (Bayern Munich), had only previously played in one World Cup, Mexico-1986, where they lost all three games (against the Soviet Union, France and Hungary), without scoring any goals.

This time, Canada He enters the tournament supported by his impressive performance in the CONCACAF qualifiers, in which he finished in first place ahead of the traditional powers of the region, Mexico and the United States.

Croatia vs Morocco (4:00 a.m., broadcast by Telecadena and the Tigo App)

Germany vs Japan (7:00 a.m., broadcast by Telecadena and the Tigo App)

Costa Rica vs Spain (10:00 AM, broadcast TVC Plus (private signal) and Tigo App)

Previous how it works and what it means that not even 1.5% has been awarded
Next Penélope Cruz’s reaction to the work of Ana de Armas in ‘Blonde’