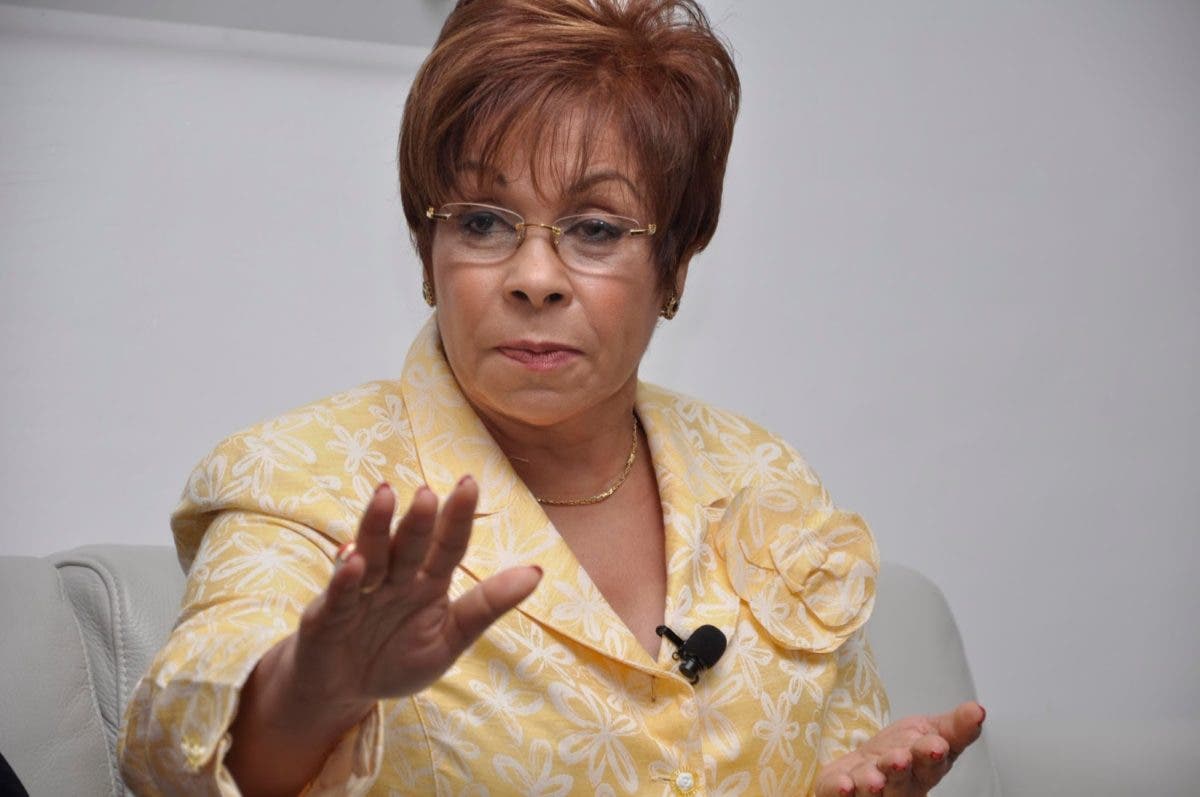 The former president of the Chamber of Deputies, Rafaela «Lila» Albuquerque, denounced that the plans of the international community is the unification of Haiti with the Dominican Republic, which is rejected by broad sectors of national life.

The reformist deputy described the situation as very delicate, which is why she called on the sensible groups of society to support the president Luis Abinader in the measures that the Dominican Government is taking to prevent these plans from materializing.

By participating in the program Out of Record produced by journalist Elvis Lima through En Televisión, the former ambassador to Taiwan considered it a rule of the United States and the European Union to avoid the issue, because they advocate for the unification of the island.

Miguel Vargas: “The International Community has to assume a quota to solve the crisis in Haiti”

“That is something that they will never be able to do, the Dominicans are not going to allow it and it is good that international organizations know it,” he said, coinciding with the spokesman for his party partner in the Senate, Ramón Rogelio Genao, who spoke of an alleged plot in that direction.

He pointed out that Haiti has its space in one part of the island, but that Dominicans do not have to bear the problems that arise on that side, because the Dominican Republic is a free and sovereign nation.

He assured that he is not racist, but that Haitians have different ideology, different religion, language and customs as well, so, although they share the island, in his opinion, there is no way that there will be a unification.

He stated that an intervention in Haiti has been more difficult for the international community at this time, because the United Nations and United States military are reluctant to assume that mission, due to the problems that existed with peace envoys in the past and that still have no answer.

Previous They file a lawsuit for more than 100,000 million dollars against Meta for its algorithm and the negative effects it has on children
Next Naruto in Fortnite | Images | Price | PaVos | Date | Epic Games | TECHNOLOGY